Cute: but are pandas the world's most useless animals? 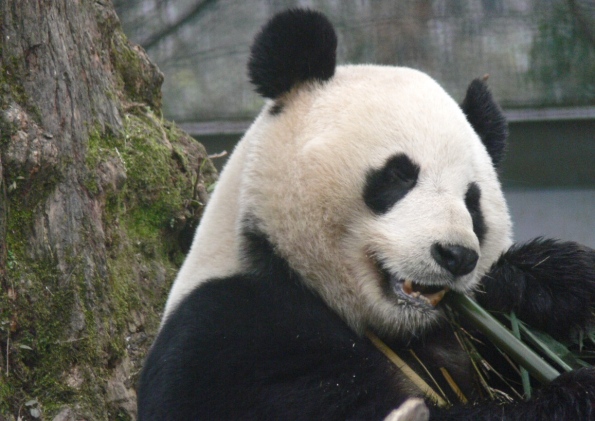 The arrival of two giant pandas, Tian Tian and Yang Guang, in Edinburgh has met with the sort of media attention normally reserved for Hollywood celebrities.

This was heralded as a positive symbol of Chinese-British relations. But should we be wary of Chinese bearing gifts?


The giant pandas were greeted by scores of flag-waving school children, a massed pipe band, and a welcoming committee of political leaders, says Severin Carrell in The Guardian. But they carry "a heavy weight of expectation on their shoulders". It is hoped the pandas will produce offspring, but they are also "a symbol of the UK's burgeoning political and economic relationship with China".

Alex Salmond, Gordon Brown, Boris Johnson, Nick Clegg and the Royal Family rarely make common cause, blogs Anna Burnside for The Scotsman. "Yet, when it comes to pandas, politicians are prepared to overlook partisan differences, park their reservations about China's human rights record and work with anyone who might possibly be able to help bring the world’s most adorable mammal to the UK."


Louisa Pearson in The Scotsman says there’s just something about giant pandas that has captured the imagination of generations and has come to symbolise the global conservation movement. The arrival of Tian Tian and Yuan Guang (whose names mean Sunshine and Sweetie) will bring giant pandas, and the predicament of the world's wildlife, "back into the spotlight".


Magnus Linklater in The Times says a gift of pandas once marked a crack in the "permafrost of diplomatic relations" between China and the West. "Now panda diplomacy has developed into panda economics." It's a "mercenary business" with the "donation" of a pair of pandas to a foreign zoo negotiated at a price. Edinburgh Zoo will pay £640,000 per year "for the privilege of housing the exotic creatures".

A shark would be a better symbol


Bloody pandas, says David Thomas in The Independent. They are "the world’s most useless creatures" and a telling commentary of our obsession with appearance over substance. That these "WAGs of the animal kingdom" have become a symbol of global wildlife preservation "only illustrates the way in which conservation so often appeals to the kitten-cuddling nitwits who pretend to love animals".

A shark is an infinitely more impressive creature from a conservation point of view, and a more fitting symbol of the Chinese government, adds Thomas. We’re currently involved in an undeclared techno-war with China, which is hacking into our government and corporate computer systems. But "for the past half century, the Chinese have exploited the West’s baffling weakness for pandas to distract us from the true nature of successive Communist regimes." ·

It's global: Online anti-Asian hate on the rise