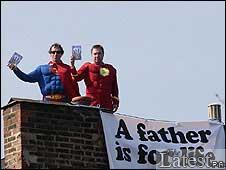 Stanesby climbed down from the  £1.5m semi-detached house in a posh Dulwich, south London, suburb last night after claiming his demand that police should release from custody his co-protestor Mark Harris had been met.

Officers led Stanesby into the rear of a police van which had been backed into Harman's driveway at No. 1 Winterbrook Road. The vehicle then sped off with blue light flashing.

Stanesby, from Plymouth, Devon, who had dressed in a Superman outfit and called himself Captain Contraception, refused to end his stand-off with police until Harris was released.

Scotland Yard confirmed that Harris was being held in custody in a south London police station but had not yet been charged. Stanesby spent long periods of the day sheltering from the strong sun under his cape and even had to take cover behind a gable to relieve himself. 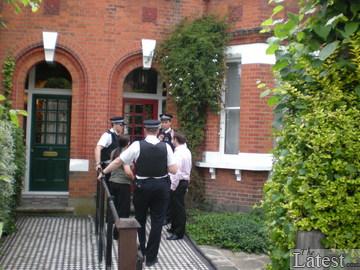 Harman was expected to return to her semi-detached house later the same evening. Stanesby said that he was protesting because fathers were being made redundant emotionally in the courts and now biologically in the new Human Fertilisation and Embryology Bill.

However, with his mobile phone out of battery, he could only communicate with supporters and the media below by shouting messages to the street.

Negotiations took place with police in Harman's back garden. A police inspector told me that both Harris and Stanesby were likely to be charged under section 41 of the Criminal Justice Act which makes it an offence to harass someone at their home.

Dozens of police have been involved and Harman, the Deputy Leader of the ruling Labour Party and Leader of the House of Commons, and her family temporarily moved out of their  £1.5 million home.

Stanesby came off the roof voluntarily at around six o'clock and was led into the back of a police van after claiming that Harris, who had dress as mythical superhero 'Cash Gordon', had been released. 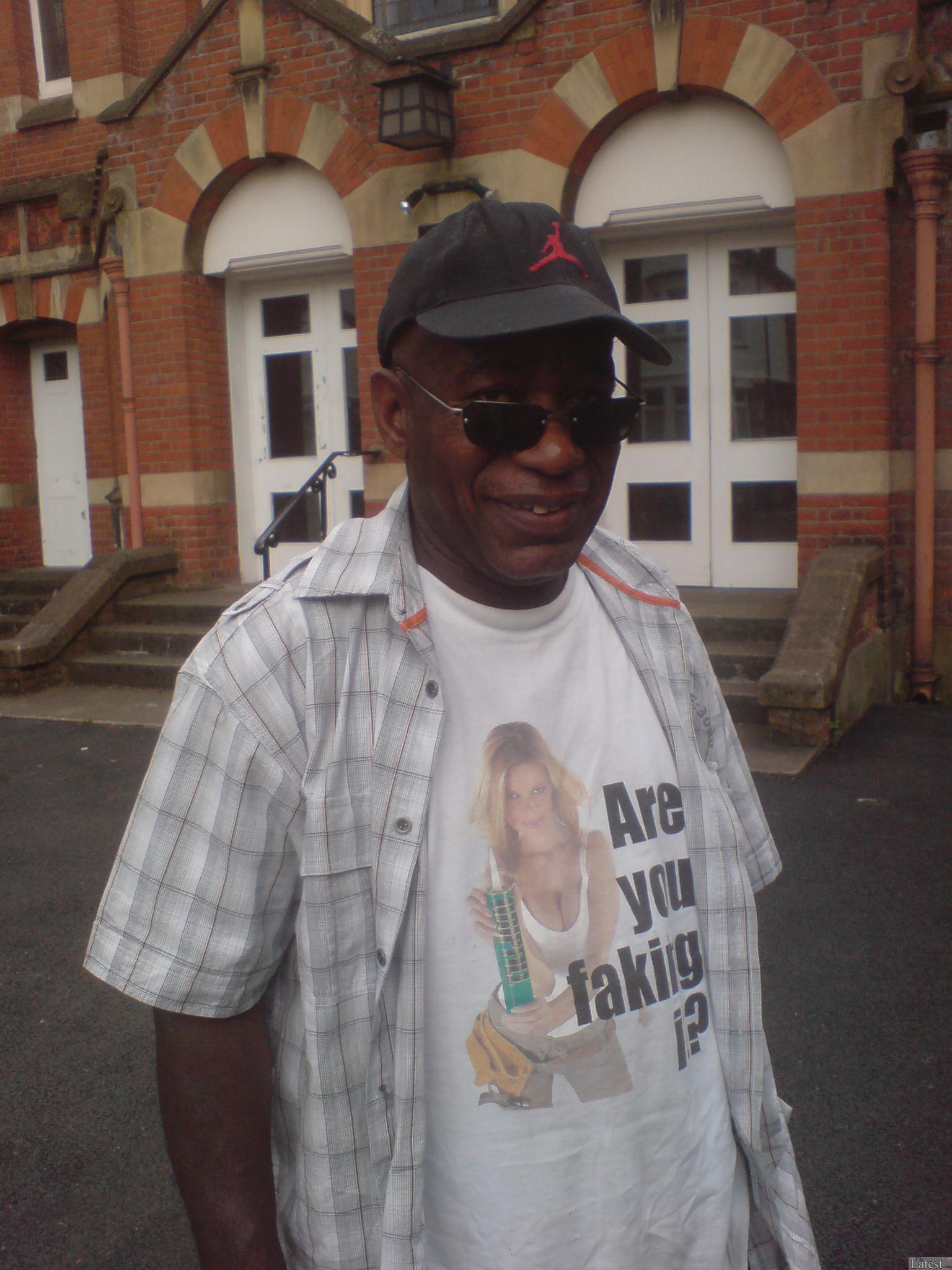 Both men appeared to get a lot of national and local support. Lenny Edwards, 65, a Dulwich resident, said: 'It's a good protest. If she (Harman) had talked to these people about their concerns I'm sure they would not have done this. I've got six children and I'd hate it if I split up with my wife and couldn't see them.'

Sarah, a middle-aged woman who said she preferred not to give her last name, said: 'I think he (Stanesby) is making a good point but he's doing it dangerously. Dad's who are not with their partner any more still have a right to be in their children's lives.'

The two activists had said they intended to remain on top of Harman's house until the former minister of justice read Harris's book, Family Court Hell.

Fathers 4 Justice founder Matt O'Connor said the government had  'refused all dialogue with F4J for the past two years' and the group would now resume  'a full-scale campaign of direct action against the government, its ministers and the judiciary'.

Harman, who is also Secretary of State for Equalities and Minister for Women, said the men had not requested a meeting.