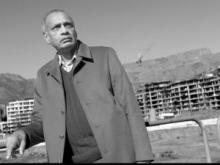 Lifelong Pan-Africanist, writer and polemicist Bennie Bunsee died peacefully at the weekend. He was 12 days away from his 80th birthday.

His funeral was held today. 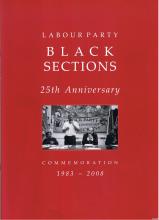 Bennie was the comrade and brother responsible for raising the political consciousness of so many people, including myself. He taught me Pan-Africanism before, in 1985, I became chair of the rebel Labour Party Black Sections (LPBS), which had to fight entrenched institutional racism in the movement before becoming officially recognised as the party’s representative group dedicated to the self-determination and self-organisation of people of African and Asian descent.

As a result, unlike liberals and the white left, the Black Sections supported, and gave platforms to, all the Black liberation organisations of South Africa (Azania) and not just the African National Congress (ANC). Bennie was a Pan-Africanist Congress of Azania (PAC) member and so we had particularly warm relations with the PAC. 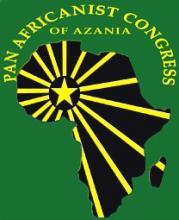 He introduced me to several fine comrades, including, most memorably, Christine Qunta, with whom I have stayed in touch. She broke the sad news to me on the day of Bennie's death.

A passionate and incredibly erudite socialist - he was reputed to own more than 50,000 books - Bennie came to us with a magnificent race and class track record as a champion of Black workers, and by that I mean people of African and Asian descent.

He spent many years in exile from South Africa as a vociferous opponent of apartheid. He was chiefly based in Hull in the UK as a member of the anti-apartheid movement and studied economics at various British universities.

He was the indomitable editor of the Pan-Africanist journal Ikwezi and regularly wrote articles for various South African journals and newspapers, including the Mail & Guardian.

Bennie returned to South Africa after the first democratic elections in 1994 and subsequently served as a government advisor to then justice minister Dullah Omar. For a time he also worked for the PAC's small parliamentary group before falling out with them.

He had been held in detention as a young man in what was then the Cape Province and was deported from the Cape under apartheid laws that specifically targeted people of Indian heritage, restricting their movements between provinces. Yet on his return to South Africa, Bennie decided to live in Cape Town – specifically Wynberg, where he became a member and leader of the Wynberg Residents’ and Ratepayers’ Association. 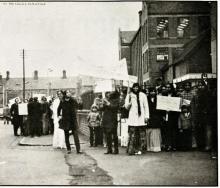 In Britain he had blazed a trail as the leader of Asian strikers at the Mansfield Hosiery Mills, Loughborough, in 1972, and Imperial Typewriters, Leicester, in 1974.

This said Bennie had to be tackled by the trade union movement so the inviolvement of activists like himself was not necessary. 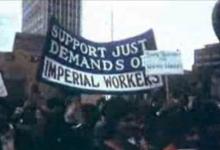 These landmark disputes, in which the Black workers were successful, made British labour movement history.

So, you can imagine in how much awe the Black Sections held comrade Bennie. I was mightily privileged that he became my best friend, confidante and closest advisor.

His political brilliance was reflected in the Black Sections' groundbreaking policy document, The Black Agenda, of 1988.

This was used as a call to action by the four Black Sections members who went into the history books when they entered the previously all-white House of Commons and became MPs in 1987.

Bennie and I were not without our disagreements. Like most humans who create radical change, he could be inflexible, awkward and infuriating. But, such was our abiding friendship; he held no grudge and did not hesitate to call on my help to sort out some of his affairs in London, not long after our most challenging fall-out. Even Bennie’s opponents respected and admired this incredible, indefatigable tribune for the cause of African and Asian unity.”

To his dying day, Bennie was an implacable opponent of white supremacy. 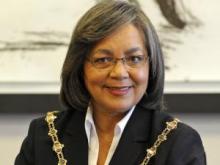 Cape Town mayor Patricia de Lille, a former comrade of Bunsee during their days in the PAC, whom I met with her son when I visited Cape Town in 2001, says she remembers him as a noted collector of books.

She was quoted in the Cape Times as saying: “It is an understatement to say he loved reading. I remember when he bought his first house in Cape Town; he had two rooms just filled with books. He was the most well-read person I know.”

Bennie, originally from Chesterville outside Durban, left South Africa in 1963 through Beira, Mozambique, into East Africa and eventually ended up in London, where he continued his activism. 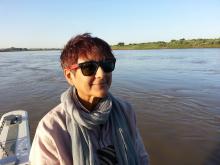 “We were kids when he left the country,” said his niece, Pingla Udit, recalling her memories of Bennie to the Cape Times.

She would see him again in 1986 when she found herself in London, also in exile but working for the ANC. 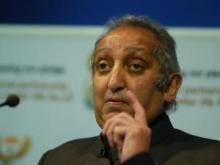 On arrival in London in the early 1960s, Bennie found himself renting a room in the same house with the likes of Aziz Pahad, who would later become deputy foreign minister in an ANC government.

“He was a great Pan Africanist; he lived before his time, unfortunately,” said Pingla.

Bennie was known for encouraging his niece to read the works of renowned Africanist scholar Cheik Anta Diop while she was in London.

His return to South Africa in 1998 needed “a big adjustment” from him, as his points of reference to the country were in terms of his family and he was frustrated at the slow to no pace of change since he had left in 1963.

Bennie became increasingly disillusioned with the political landscape in South Africa. He was appalled by the ANC government's corruption, which he saw as an outright betrayal of the anti-apartheid struggle.

Despite being a one-time stalwart of the Pan Africanist Congress, not a single political party, including the PAC, was spared his incisive, forthright criticism.

“He was too old to be my friend,” said Memela. “He was rigid, inflexible and uncompromising in his passion and commitment to Pan Africanism as an ideology, and we had an unending series of good discussions about its role and contributions to the liberation struggle.” 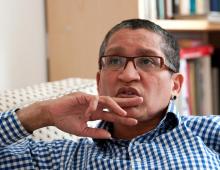 Former leader of Lambeth council, in south London, Linda Bellos OBE, who was Black Sections vice-chair, said: “I recall Bennie Bunsee as a comrade and a brother.”

“It was wonderful to work with him in the struggle for equality within the Labour Party and wider labour movement. We saw the commonality of the struggles in South Africa and the British Labour Party, one obviously larger than the other but both based upon the right of every human being to be of equal value.”

She added: “I wish I had not lost touch with him in recent years but am happy to know that he was able to continue to contribute to the struggle for socialism and Pan-Africanism on his return to his beloved South Africa.” 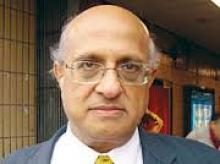 Narendra Makanji, former Black Sections chair and Haringey council, in north London, chair of finance, said: “Bennie had been in UK from the sixties to 1998, exiled by the repressive apartheid regime. He was greatly respected as a campaigner, writer and analyst fighting racism, colonialism and imperialism.”

He added: "In Hinduism the one certainty when you are born is that you will die, and when you die that you will be reborn. Bennie has passed on to the next life to do other great work." 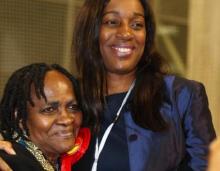 Former deputy leader of Haringey council, in north London, Martha Osamor, a Black Sections vice-chair and whose daughter Kate is now an MP, said: “Wishing you dearest Bennie a smooth and very safe journey to Our Ancestors. You were a Rock to most of us during the period of our struggle in the Labour Black Sections.” 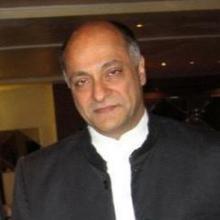 Azim Hajee, ex-leader of the town hall trade union Nalgo’s pioneering Black Workers Group, wrote: “Sad news indeed. Such an inspiration with his involvement and support for Asian strikers at Mansfield Hosiery Mills, in Loughborough, and Imperial Typewriters, in Leicester, in the 1970s. May he rest in peace.”

He was never married, had no children and is survived by his extended family.

* See here the ATV interview of Bennie with reporter John Withington, who went on to become an avid NUJ trade union member and colleague of mine at Thames Television.