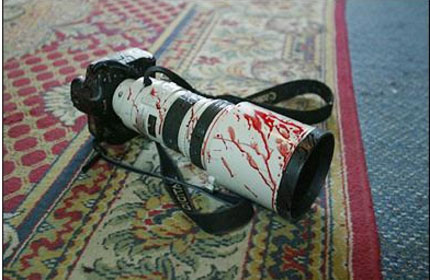 Deadly, unpunished violence against the press rose sharply in Pakistan and Mexico, continuing a dark, years-long trend in both nations, the Committee to Protect Journalists (CPJ) has found in its newly updated Impunity Index.

CPJ's Impunity Index is compiled as part of the organisation's Global Campaign Against Impunity, which calculates unsolved journalist murders as a percentage of each country's population. It shows that Pakistani authorities routinely fail to bring prosecutions in journalist murders, including several with suspected government links, while Mexican officials are yet to effectively combat the murderous crime groups targeting news media in vast parts of the nation.

"Impunity is the oxygen for attacks against the press and the engine of those who seek to silence the media," said Javier Garza, deputy editor of the Mexican daily El Siglo de Torreón. Gunmen have attacked his newspaper's Coahuila offices twice in the past four years and, though fatalities were avoided, no one has been arrested either. "These attacks made it clear to us that we can't trust the authorities for protection." 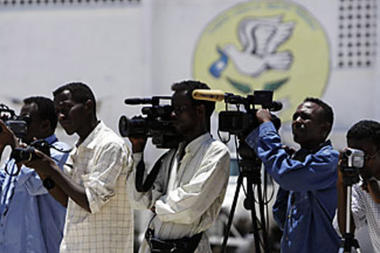 CPJ's index found improving conditions in Colombia and Nepal, along with a long-term decline in deadly, anti-press violence in Bangladesh that caused that country to drop off the list entirely. But the four worst nations in combating journalist murders -Iraq, Somalia, the Philippines, and Sri Lanka -showed virtually no sign of progress.

The release of CPJ’s index follows two significant international developments that take the fight against impunity in markedly different directions. In March, the Mexican Senate approved a constitutional amendment that, if adopted by the states, will federalise anti-press crimes and place national authorities in charge of such investigations, steps seen as crucial in fighting impunity in that country.

But the same month, UNESCO's 28th biennial session failed to endorse a plan to strengthen international efforts to fight impunity after the proposal drew objections from Pakistan and two other member nations - India and Brazil - that have high rates of deadly, anti-press violence. The UN plan - which could still move forward despite the setback - would strengthen the office of the special rapporteur for free expression and assist member states in developing national laws to prosecute the killers of journalists. 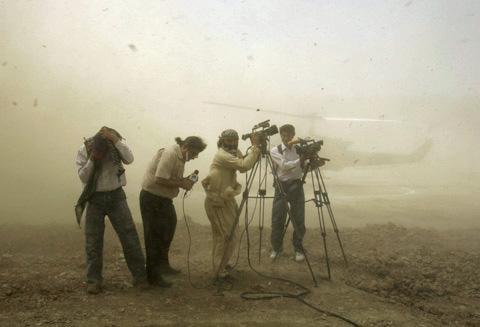 CPJ's annual Impunity Index, first published in 2008, identifies countries where journalists are murdered regularly and governments fail to solve the crimes. For this latest index, CPJ examined journalist murders that occurred from January 1, 2002, through December 31, 2011, and that remain unsolved. Only the 12 nations in the world with five or more unsolved cases are included on the index. Cases are considered unsolved when no convictions have been won.

Iraq ranked worst on CPJ's Impunity Index for the fifth consecutive year and, with more than 90 unsolved murders, its impunity rating dwarfs that of every other nation. Most of the murders occurred as Iraq was immersed in war, but even now, as authorities claim stability, they have failed to bring justice in a single case. Somalia, gripped by insurgency and crippled by the lack of an effective central government, ranks second worst with 11 unsolved murders. 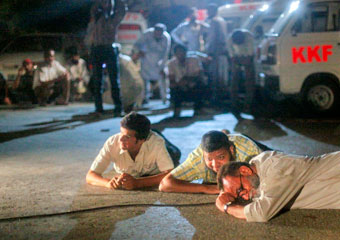 In Sri Lanka, ranked fourth worst, authorities have failed to win convictions in the murders of nine journalists—all of whom reported critically about President Mahinda Rajapaksa's administration. Amid these conflict-ridden nations is a much different place, the Philippines, which is ranked third worst. Despite the Philippines' tradition of press freedom, the country's dysfunctional and corrupt criminal justice system has failed to bring justice in 55 journalist murders in the past decade.

Several countries' ratings remained largely static, underscoring how entrenched the culture of impunity can be. While Russian authorities have made modest progress in recent years in investigating journalist murders, the death toll grew in December 2011 with the murder in Dagestan of editor Gadzhimurad Kamalov, whose newspaper probed corruption, extremism, and human rights abuses. Brazil has seen a similar pattern: Even though prosecutors have won convictions in at least five cases over the last decade, recent journalist murders have kept the country on the index. Conversely, Afghanistan has made no progress in prosecuting journalist murders, but a slowdown in targeted killings caused its rating to improve slightly. The impunity rating for India, where successful prosecutions are rare, was virtually unchanged.

Not so in Pakistan, where the impunity rating worsened for the fourth straight year. Pakistani journalists face myriad threats "from murderous Taliban, violent sectarian parties, and intolerant religious and ethnic groups," said Najam Sethi, prominent editor of The Friday Times of Lahore, who himself faced such severe threats that he had to leave the country for a time. In addition, Sethi said, the powerful Inter-Services Intelligence Directorate "has shown unmistaken hostility toward journalists critical of the military's actions." Among the recent Pakistani victims was investigative reporter Saleem Shahzad, who was slain in 2011 after reporting on Al-Qaeda infiltration in Pakistan's navy. 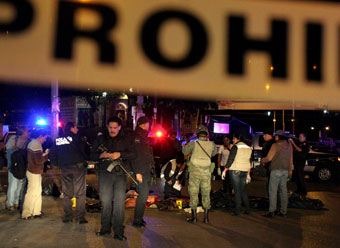 CPJ research shows that deadly, unpunished violence against journalists often leads to vast self-censorship in the rest of the press corps. Nowhere is that more apparent than in Mexico, where unsolved journalist murders grew for the third consecutive year. Fear of retaliation has driven some journalists to report crime news under pseudonyms on social media websites. But even those sites do not provide refuge: In September 2011, the decapitated body of Maria Elizabeth Macías Castro, a Mexican journalist who used social media to report crime news, was found alongside a computer keyboard and a note from a crime group claiming responsibility.

In addition to legislation federalising crimes against the press, Mexico has undertaken other anti-impunity efforts such as the establishment of a journalist protection program modeled on an initiative undertaken in Colombia. Colombia, historically one of the world's deadliest countries for the press, has seen evidence of an improving climate in the past several years.

"The fight to end impunity in crimes against the press is a long and complicated struggle that has involved many actors, including journalists, press freedom groups, and, obviously, the government," said María Teresa Ronderos, a veteran Colombian journalist who now serves on CPJ's board of directors. She noted a number of successful prosecutions of journalists' killers, including the masterminds in some cases. "And this is a positive development. But there is still a lot of work to do because the majority of the cases remain unsolved. While lethal violence has receded, the number of threats has escalated and the investigations into these threats have gone nowhere."

Nepal, buoyed by convictions of suspects in two cases, also saw its impunity rating improve in the 2012 index. And for the first time since CPJ launched the index, Bangladesh is not listed. While no convictions have been recorded in journalist murders there over the last decade, a seven-year absence of journalist killings led Bangladesh to be dropped from the index.

Among the other findings in CPJ's Impunity Index:

For a detailed explanation of CPJ's methodology, click here.

Watch the CPJ's video report on their findings:

Getting Away With Murder: CPJ's 2012 Impunity Index from Committee to Protect Journalists on Vimeo.