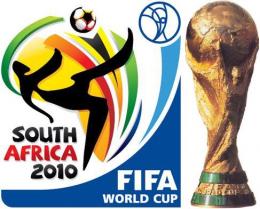 Fabio Capello's side seem to have put the events of a traumatic week behind them to produce their first convincing performance of the tournament.

Needing victory to be certain of progressing from Group C, England should have won more comfortably and finally justified their standing as one of the favourites to reach the latter stages of the tournament.

Yet while Capello's side celebrated at the final whistle, the news of a late USA goal meant Slovenia were denied a place in the last 16.

This display was far removed from the inept showing during last Friday's scoreless draw with Algeria that had prompted defender John Terry to claim the players would demand changes to Capello's tactics and team selection.

And there was no sign of a lack of unity within the side as they claimed the win that means they will now face the winners of Group D in the next round.

Defoe, drafted into the line-up in place of Emile Heskey, produced the decisive moment of the game when he connected with James Milner's excellent 23rd-minute cross.

A succession of missed second-half chances meant Capello's side were hanging on to a slender lead in the final moments and confirmed England still have work to do if they are to advance still further.

Capello's animated reaction to the final whistle hinted at the tension that had been growing up around the squad and the subsequent relief victory had brought the Italian and his players.

"This team, this spirit, they played together and fought together," said the coach. "I'm really, really happy because I found the team I know from qualification.

"We will go forward and play against all the teams because the mind now is free, without fear, without everything. They played with freedom.

"I'm happy for the fans, all the fans at the game and on TV."

Skipper Steven Gerrard admitted England should have shown a keener instinct to kill the game off but insisted the atmosphere within the group had been transformed.

"Of course, when you need to win a game, if you don't finish teams off and get that second and third goal you are going to be anxious at the end," said the midfielder. "But the lads were terrific, they put everything we asked for. Passion, fighting, team spirit, togetherness and quality as well. It was thoroughly deserved for us to go through.

"We have done it before today when our backs were against the wall and people out there doubting us. We rolled our sleeves up and produced the goods.

"We need to do that all the time. To get to the latter stage of the tournament you need to find that consistency now. If we perform like we did against Algeria I don't think we'll get another chance.

"If we play like we did today, stick together, keep trying to improve and keep listening to the manager because his ideas and what he wants from the team are spot on. If we can deliver what he is asking we will be difficult to beat like we were against Slovenia. And we have the quality to win football matches.

"(The mood is) 100 per cent better, everyone is smiling. There is relief there because the lads were under pressure. We can enjoy the game but we go against Sunday. All games are difficult but it's about us now. If we turn up and play close to our potential we're a match for anyone."

Matjaz Kek acknowledged his side had exited the competition in a painful way but claims Slovenia's performances bode well for the future.

"It's an indescribable feeling, but this is sport," said the Slovenia coach. "Of course we're disappointed but I hope in time my players can focus on what they've achieved.

"I congratulate my team and England. I hope England will win the World Cup now. England played well but at the end we could have got a draw, but sport is like that, very unpredictable.

"I hope these players will be role models for those who might play for Slovenia in the future. They are maturing a lot and they will come to a point where they will play their best. We have created huge potential and it's up to us to use it. We need to benefit from this."

This game was always going to be tournament-defining for Capello's team and now, having secured their place in the first knock-out round, they can build on this performance and finally demonstrate whether the coach's target of a place in the final is far-fetched. They finally look something approaching a team and should get better now the fear of a premature exit has been removed.

Slovenia had enough chances to claim a point and they will return home having fallen short in the most agonising circumstances.