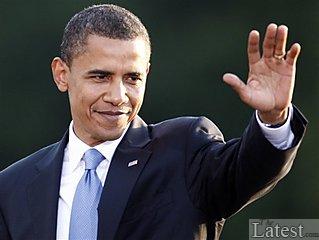 With Obama in the White House, things will get better for Black people in Britain and Europe, and peace will reign all over the world, London cabbie Felix Ohorodonogu told me as I travelled home. This heartfelt sentiment should not be tossed aside lightly. Felix, Nigeria-born, with a Jamaican wife and three sons, is completely in tune with adoring fans in Paris, Berlin and London.

His heartfelt sentiments should not be tossed aside lightly. All European polls show Obama as the people's favourite in the US elections.

Germany hails Obama as "Der schwarze Kennedy (The Black Kennedy), said Taggespiegel, the liberal daily newspaper. Obama  "is well equipped  — physically, mentally and politically," raved Germany's Chancellor Angela Merkel. Observers reckoned a crowd of a hundred thousand greeted him at the Victory Column in Tiergarten Park in the heart of Berlin. His words "Ich kann zuhÃ¶ren! (I can listen!)" were a welcome change from the macho performances of George W. Bush over the last eight years.

Obama's faithful in London proudly declare  "that Britain is backing Obama: Obama beats McCain five votes to one in a UK public opinion poll". Campaigners around the world have set up booster committees and there is an Obama for President support committee in Nigeria, the most populous nation in Africa.

Beyond his charismatic personality, Obama holds out the promise that America can once again deserve Europe's respect and admiration. Experts say Europeans see Obama as a card-carrying liberal who can curb the US expansionist tendency toward  "America uber alles" (America above all). With Obama, the world will have a better chance of addressing problems of climate change, world poverty and social justice.

For Europeans, Obama has an additional cachet. He is someone many people believe is capable of successfully negotiating foreign policies in the hot-spots of the Middle East, Iraq, Afghanistan and Iran.

Obama's candidacy is also  "a Black thing". There is a specific Euro-racial aspect. Europe's troubled history with its minorities is a running sore. Racially-motivated attacks and ethnic flare-ups are common. Right wing, neo-fascist parties manipulate popular prejudices against people of colour and ethnicity - Africans, Caribbeans, Arabs, Muslims, and Roma ( "gypsies"). There are only a few non-white political figures and legislators in all the European parliaments to plead their case.

No wonder there is a chorus of approval for a US president who will add respect and action for diversity to European political agendas. This a revolutionary challenge in nations that require almost total assimilation of racial, ethnic and religious minorities into the dominant culture. Black youth today, like Felix's sons, whose families hail from the former colonies in Africa and the Caribbean, see no contradiction in proclaiming  "We're Black and Proud and British", or, indeed, Afro-European.

Of course, the Obama phenomenon will ultimately be tested in the hurly-burly of American race-class-faith politics, and decided by US voters. Nevertheless, the rise of Obama has its own merit. It is part of the long road to freedom for the peoples of the African Diaspora in hostile western societies.

* For insights to the Obama phenomenon go to: the Chronicleworld weblog http//www.chronicleworld.wordpress.com and scroll to Congratulations to Obama in US Black History Month; and also to: http://www.the-latest.com/and-then-came-obama

* Thom L Blair is a professor of sociology and publishes the 11-year-old online journal chronicleworld which offers commentaries on Black people in Britain and Afro-Europe.