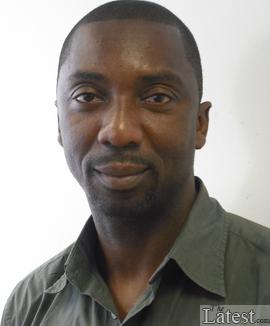 News that  a "teenager got stabbed" or a "youth was shot dead" never seems to end in south London, writes Charles Ogunnowo. This month yet another teenage male was seriously injured in a gang fight in that troubled part of the British capital.

Foxley Road in Camberwell set the scene for this incident  just after 10 pm on a Wednesday.

The victim, a Black 13-year-old, was stabbed several times in the upper body. He cannot be named for legal reasons. According to the police, a vicious fight happened in front of a fried chicken take away between two rival gangs; the Peckham Young Guns and Organised Criminals.

Police confirmed that three boys, aged in their mid to late teens, have been arrested over the attack and were later released without charge. The victim is in a stable condition in hospital.

Youth violence is gruesome and has a devastating effect on society. Picture the mother who gets a dreaded phone call or bang on the door to say that her 14 year old has been stabbed or shot dead because he was passing through the neighbouring post code. Or imagine the  horrific scene of slashed and unrecognisable faces at a crime scene.

A lot of strife arises from the  "what postcode are you from" factor. Gang members use it as an opportunity to attack youths from other postcodes.

Shocking figures from the National Health Service information centre show that 235 patients aged under 18 were treated for stab wounds in London in 2007/2008 - 32 of them had been shot.   An additional 22 had been stabbed to death. Doctors also treated 979 young victims of assault in the capital.

A way out of this mess is to keep our youth occupied with activities that add value to their lives. Local government needs to make the right investments.   Since 2000 almost  £300m has been spent on regeneration programmes in south London's gang plagued neighbourhoods however the area is still overwhelmed with numerous gang activities and problems.

Lucy Cope, of Mothers against Guns, has described the area as  "England's Bronx". Residents like Cope are coming together to combat the problem.

The Tackling Knives Programme (TKAP) launched in 10 areas of the British capital in July 2008, including south London,   resulted in a reduction in knife - related violence against males in their 20s. However the number of under 20s killed by a knife or sharp object did not change.

The main challenge now is to tackle the causes of youth violence which include:

* See also Heartfelt plea to the youth give up your knife