Disaster unmasks the dark side of Brazilian politics 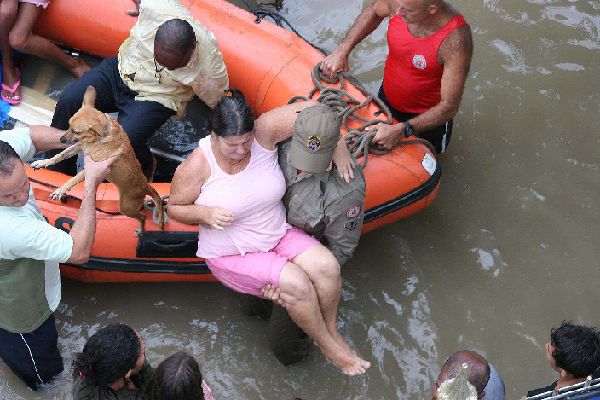 One of the biggest storms in the history of the state of Rio de Janeiro caused more than 240 deaths in the city’s hillside favelas (shantytowns), 161 injured and over 11,700 people homeless, according to figures from Brazilian newspaper Folha.

The intense rain started in the early hours of Tuesday last week and kept on pouring nonstop for days causing floods and mudslides to destroy and bury numerous shacks in the hillside. Nevermind the pretty straightforward geographical and climatic explanations, which resulted in the violent rain and landslides: nature’s power could not have been stopped.

Its possibility and effects though were quite predictable by basic geography and engineering considering the state of the soft and debris-stuffed soil. Nonetheless, greedy politicians hunting for votes during the past decades have consistently closed an eye on unattainable construction permits of dwellings which last week finally succumbed to the heavy waters. 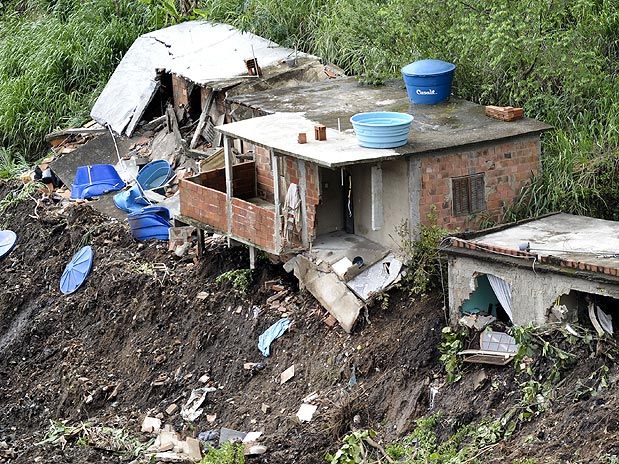 The growth of favelas might be seen as an extended hand to the needy and homeless on behalf of authorities, but mind the façade. These self proclaimed examples of “humanitarian" aid to entire families, giving them financial aid, material goods, medical assistance among many other things, are not only an eyesore but also an extreme health hazard to those people who live in the rudimentary and improvised buildings.

Then came last week’s heavy rainfall and a massacre of civilians by the elements. The Brazilian metropolis was called to a state of emergency. Unusually in these situations, the local authorities actually squirmed away pretending it had nothing to do with them.

A premonitory murderous warning had already been given just three months earlier in the beach and sailing resort area of Angra dos Reis, half way south from Rio de Janeiro to Santos. On that occasion the rain had already killed 50 people by prompting mudslides that left about 4,400 people homeless. As tragic as it was, that warning occurred during Brazil’s rainiest month. The greater shock of last week’s catastrophe was amplified by March and April’s record-level of unexpected rain that kept on soaking the soil. 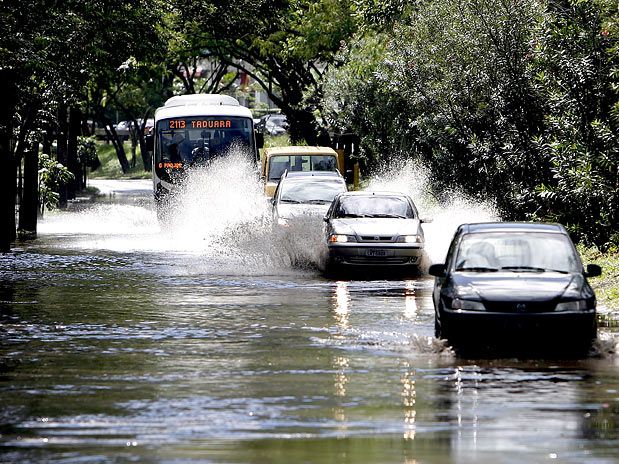 Although the hillside slums - which hold tens of thousands of residents - were the most severely hit, the entire city of Rio turned into chaos: there was no light in 14 neighbourhoods, a thick layer of water, mud and garbage swamped several streets in the south of the city, main traffic arteries were obstructed, schools were closed as well as many shops and restaurants, turning most cariocas hostages in their own homes. And, yes, wealthy inhabitants also withered and died on the city’s slopes.

Juliana Camargo, Rio resident and student at the American School in Rio, saidl: “A kid from my school lost part of his house in a landslide. The road leading to my best friend’s house was blocked by fallen trees. Rio simply doesn’t function with rain. Procedures have to be set up or this tragedy will still hit a lot of people next time.”

It is only natural to be reminded of the gloomier fragilities of the emerging economic giant, after being carried by the positive wave of credibility associated to its healthier social-economical institutions, more prominent international presence, and joyful carnival and soccer legacies - all of which contributed to recent nomination for hosting the 2014 World Cup and the 2016 Olympics.

The state of Rio de Janeiro’s population of 16 million grew its favelas at an incredible pace in the 1950s with the immigration of Brazilians from the northeast. Back in 1966, a devastating storm had already caused deaths from slipping hillsides - by then already populated. Nevertheless, last week’s drama of the shantytown “Morro do Bumba” hill in Niteroi - Rio’s across-the-bay neighbour city - traces back to the 1980s public authorities, which showed themselves most negligent favouring the favelas’ dangerous expansion.

In those years, authorities’ indifference and promises of better living conditions exponentially attracted more inhabitants. Technical reports ordered by the city hall itself urged against the construction of houses on those killer hillsides classifying the land as highly susceptible to slides because of the garbage in the subsoil and of the methane gas generated from its decomposition.

But these reports, it has been discovered, were hidden by the authorities. So how was this slum supposed to resist last week’s storm? Now, 40 people lost their lives in “Morro do Bumba” and half of the slum houses were dragged downhill, resulting in more than 200 people still missing.

Decades of irresponsibility and demagoguery from authorities explain the accelerated growth of Rio’s favelas. According to Veja Brazilian weekly news magazine, it is estimated that a quarter of politicians in power in the Rio city Municipal Chamber and in the Rio state Legislative Assembly compromised votes in exchange to their head-in-the-sand assistance to favela inhabitants.

Swelled by his record high public acceptance, president Luiz Inácio Lula da Silva stepped up to excuse years of negligence and on the same note assured that Rio was without doubt prepared to host the World Cup and the Olympics.

With another state of mind, actually looking quite troubled while speaking on Brazil’s  Globo TV channel, Lula said: “We have to try to remove people from the high-risk zones,  build their houses elsewhere, and gradually implant a draining system in the state to avoid suffering from strong rainfall like this one.”

Why were these things not thought of before? Apparently, warnings of the 1966 storm and the Angra rainfall in January were not enough to instigate authorities to act to prevent future disasters. It’s scary to think that no significant change has occurred in 40 years.

The authorities failed to anticipate the most recent tragedy. What happened last week can certainly be seen as a human and ecological tragedy but the political delinquency is the overarching catastrophe. The rain merely washed away the mask, revealing the gravity of the official incentive for the long ignored occupation of the Rio slopes.

So what’s next? The risk of new landslides remains high. The current mayor of Rio, Eduardo Paes, now urged the evacuation of tens of thousands of people living in hillside slopes - mostly slums. Permanently removing people from shantytowns is a previously tested and failed plan. Given the large dimensions of Rio’s favelas, it’s easier and cheaper to urbanise them, legalising the constructions and providing the infrastructure they need.

In the meanwhile, Rio remains unequipped to face heavy rainfall and its inhabitants continue to risk their lives at the cost of a history of political indifference.

The Brazilian author and journalist Danuza Leão sombrely captured the situation in the following sentence in her article in Folha newspaper: “Rio, a scandalously joyful, loud and colourful city suddenly turned black and white, deserted, quiet, and sad; a desolation.”

Incontestable, but unacceptable. Let the sun shine on Rio and its politicians.

What Tarantino's Django won't tell you about slavery