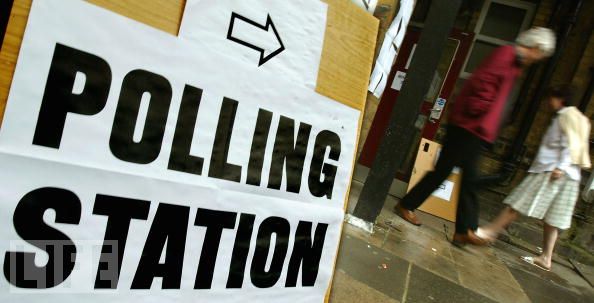 Britain's current General Election campaign promises to be the most 'interactive' in history, writes Jonathan Harwood.

Since the last time the UK went to the polls, the internet has been transformed - broadband access has almost doubled and the social networking phenomenon has arrived.

The parties see sites like Twitter, Facebook and YouTube as a key battleground and a new "space" in which to engage with the voting public. As a result, they are devoting swathes of their campaign to spreading the message through cyber space.

They have set up Facebook accounts, created their own channels on YouTube and equipped their candidates with Blackberrys so they can Tweet their thoughts to the masses. But will anyone be listening?

Fans of social networking sites argue that their reach is huge and that they offer the politicians an entirely new channel through which to engage with the electorate - and there is no doubt that many people will follow the campaigns online and may well decide how to vote based on what they see on their computer screens.

But politics has not caught on among social networkers as quickly as some other causes. Take the main parties' Facebook groups. The Conservative Party's is the most popular - it has 32,500 followers. The Labour Party has around 13,000 Facebook fans and the Liberal Democrats and the British National Party have both got just under 12,000. By contrast children's Tv favourite Bagpuss has 19,000 fans, and The X-Factor sensations Jedward have 20,000.

The Noel Edmunds Tv vehicle Deal Or No Deal is a bigger hit on Facebook than any of the political parties. It has almost 33,500 followers.

It is said that personalities count in modern politics – in which case there is even worse news for the party leaders. Former glamour model Katie Price has 435,000 fans on Facebook, her ex-husband Peter Andre has 365,000. Between them David Cameron, Gordon Brown and Nick Clegg have a fan base of 30,000 - with Cameron contributing 20,000 of them.

If the politicians want to harness the kind of power that saw almost a million people join the Facebook campaign for Rage Against the Machine to become Christmas number one, then they have some way to go.

The parties' efforts on YouTube are also failing to hit the spot with voters. After watching Samantha Cameron's debut on her husband's YouTube channel, Webcameron, one observer - MrMorgansgoat - revealed that he was left pondering a significant question. "I just ended up thinking, would I? wouldnt I? Hmmmmmmm yeah I probably would."

There was more bad news on Twitter, where the announcement of the election spawned several "trending topics". Among them was one with the title #dontvotebecause, which invited users to explain their reasons for abstaining.

A day after the election was called the topic #ukelection was still the third most popular subject on Twitter in London – and there was plenty of debate over the merits of the various parties. However, the most popular topic of discussion was entitled #whatifyoufound – in which users pondered dilemmas posed by other tweeters, such as what they would do if they found a sum of money in a soiled toilet bowl.

My fight with QBOY, the gay rapper.

To PM Brown. A Letter From The-Latest...