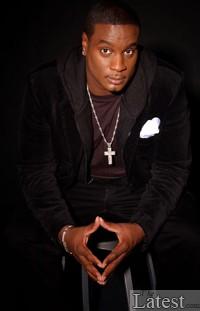 Top US music executive Devyne Stephens has recently exposed the fake backgrounds of rap arists saying that at least 85 per cent of mainstream rappers make up or exaggerate stories about their criminal past.

While rap music and culture has infiltrated mainstream youth culture in the western world controversy has always surrounded this genre. Rappers are often accused of glamorising violence, gun crime, criminal lifestyles and misogyny.

However, Stephens states that many rappers often exaggerate their criminal backgrounds to sell records and promote a "bad boy" image.

Last year, The Smoking Gun website produced details linking Miami rapper Rick Ross, real name William Leonard Roberts II social security number to a two-year stint as a correctional officer in a Florida prison facility, along with a photograph purporting to be Ross in his correctional officer uniform. Ross, who had   previously boasted about his time as a drug boss loaded with cash, initially denied that the photograph was of him however, after overwhelming evidence of his past came into the public's eye, Ross later admitted that he did in fact work as a corrections officer in Florida during the early 90s.

The music entrepreneur began his career in the early '90s as Devyne featuring 90 Miles an Hour. "I was one of the first artists L.A.(Reid) and Babyface signed to LaFace Records," he says. But the group broke up before it could release an album.

Undaunted, Stephens found his niche as a choreographer and imaging expert for LaFace Records. He worked with a number of leading recording artists like Pebbles, Toni Braxton, Pink, TLC, Usher and Boyz II Men. He says that people in Atlanta have their own individual style. "Being I'm a native from Atlanta, I cultivate that style and put it on different artists,"

Stephens discovered Senegalese R&B singer Akon, who just moved to Atlanta from New Jersey. He signed Akon to his own Upfront Records and secured a distribution deal with SRC/Universal records. "I always believed that Akon was special," he says. Akon went on to sell over a million copies of his 2004 debut album, Trouble, and score hit singles like Locked Up   and Lonely.

Akon has been criticised in the past for exaggerating claims of belonging to a car theft ring and serving time in prison.

Mark Watson, a writer for the Minority Perspective website for Black and Minority Ethnic Communities (in the Midlands) said:"The days of Public Enemy and political rap which spoke about real issues at home and abroad which affected black people are long behind us.

With the rise of the far-right in Britain and in Europe and with the increasing corporate control of African resources these are desperate times which calls for bold artists who are willing to speak about social issues.

The black youths need to understand that many rappers are businessmen and women with a constructed image which helps sell CDs.

Once young black people realise how many of these rappers are fake then perhaps they will no longer see these lifestyles and artists as role models or heroes."

Pin-up Watts makes it a family affair at film festival