Top politicians, academics and community activists gathered in London on Wednesday for a special gala dinner to celebrate the birthday of the grande dame of the British Black population.

Trinidadian Dame Jocelyn Barrow, who continues to work in a full-time job to advance better race relations, received tributes from world leaders - several of whom are personal friends - when she turned 80 on April 15.

As General Secretary of the Campaign Against Racial Discrimination (CARD), she helped pave the way for the ground-breaking Race Relations Act of 1968. Dame Jocelyn also pioneered the teaching of multi-cultural education in UK schools. The British government recognised Dame Jocelyn's huge talent by making her the first Black woman governor of the BBC. She was also founder and Deputy Chair of the Broadcasting Standards Council.

One of the guests at the dinner Baroness Scotland, the UK's attorney general, said: "Dame Jocelyn is not just a national institution, she is a national treasure. She is bright, bold and beautiful and an inspiration to Black women like me who have followed in her footsteps."

Baroness Scotland added: "Dame Jocelyn has always struck fear into the hearts of right thinking people to do their best and more than they ever dreamed they were capable of ."

Former editor of The Times Lord Rees Mogg, who served with Dame Jocelyn as a governor of the BBC and member of the Broadcasting Standards Council, praised her stand on equal opportunities. He said: "She showed the BBC that it must be about more than just male chauvinism. Dame Jocelyn is a person of high integrity who, once she identified a cause pursued it with determination and bravery."

Baroness Amos, the ex-leader of the House of Lords and first Black woman British cabinet minister, noted: "Dame Jocelyn has cajoled, encouraged and bullied to open doors for others - particularly Black women like myself."

The most moving eulogy came from Professor Chris Mullard, boss of Focus Consultancy where Dame Jocelyn still works. He said he had know her for 46 years, including when they both served as leaders of   CARD. "She has been a mother, sister and friend to me. Dame Jocelyn is an inspirer, changer, mentor and brilliant teacher - someone who has provided an anchorage to so many people. She has a notion of truth and belief in success unrivalled by anyone I know." 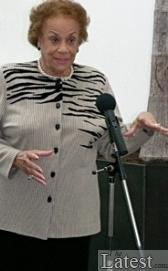 Author and broadcaster Dr Margaret Busby, told The-Latest: "Over the past half century, Dame Jocelyn Barrow has made a unique and invaluable contribution to the multi-cultural fabric of Britain in various crucial areas, including education, broadcasting, publishing and community relations.   An indomitable  "mover and shaker", she has opened doors and been a role model for many, demonstrating a phenomenal commitment and involvement whether as a founding member of the Campaign Against Racial Discrimination, without which there would have been no Race Relations Act of 1968, or as founder and Deputy Chair of the Broadcasting Standards Council, and the first Black woman to be a governor of the BBC."

Moira Stuart, Britain's first Black woman news presenter, said:  "Her courage is extraordinary and she has made a real difference."

Academic Dame Jocelyn, a trained English teacher, is the Director for UK Development at Focus Consultancy Ltd. She worked in senior positions at Furzedown College and at the Institute of Education London University in the 1960s.

Her equal opportunities and educational expertise is reflected in her many appointments to a variety of organisations and statutory bodies. She was a governor of the Commonwealth Institute for eight years, Council Member of Goldsmith's College, University of London, Vice-president of the United Nations Association in the UK and Northern Ireland and Trustee to the Irene Taylor Trust providing music in Prisons.

She is national vice-president of the Townswomen's Guild and was instrumental in the establishment of the North Atlantic Slavery Gallery and the Maritime Museum in Liverpool. Dame Jocelyn was a trustee of the National Museums and Galleries on Merseyside and a governor of the British Film Institute.

She was instrumental in the establishment of the North Atlantic Slavery Gallery and the Merseyside Maritime Museum in Liverpool. Dame Jocelyn was a Trustee of the National Museums and Galleries on Merseyside and a governor of the British Film Institute.

In a short speech, Dame Jocelyn joked with family and guests at the prestigious Reform Club: "I have now had the opportunity to hear what my obituary will sound like and I can respond to it."

She added: "My father called me the Duchess. He said, if there wasn't a problem the Duchess would create one to solve it. I have been in Britain for 50 years and have had my ups and downs. I hope, by cajoling, encouraging and, yes, sometimes bullying, I have made a difference to people's lives."

Dame Jocelyn is a patron of the Citizen Journalism Educational Trust, the charitable arm of The-Latest. Editor Marc Wadsworth, a former BBC and ITV broadcaster, said: "Dame Jocelyn was like a fairy godmother to people like Moira Stuart, Wesley Kerr, myself and others in the early days when we were starting our careers. She could be stern in her demand for excellence, telling us firmly that we could not use racism as an excuse to fail. She was also kind and supportive. Long may she continue to be a shining example of Black success."

* The Dame Jocelyn Barrow Charity, dedicated to promoting the welfare and education of Black girls, has been set up. It will be formally launched in the autumn.