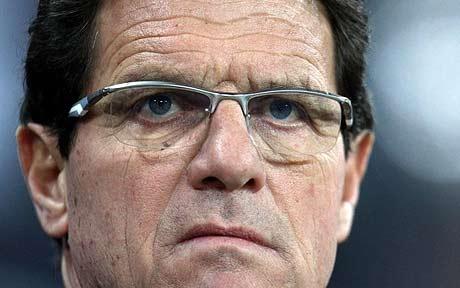 England stumbled to their biggest defeat in the football World Cup finals as they crashed out at the hands of old rivals Germany. Frank Lampard was denied a clear-goal but in the end it mattered little as Fabio Capello's side were outclassed by the three-time winners.

This overshadowed their previous low, a 4-2 defeat to Uruguay in 1954. Lampard's dipping 20-yard effort struck the bar, bounced a yard over the line and hitting the woodwork a second time before Manuel Neuer gratefully grabbed the ball with the Germans 2-1 ahead just before the break.

Watching Fifa President Sepp Blatter, who sticks his head in the sand when it comes to the introduction of goal-line technology, must have been squirming in his seat as Tv replays instantly showed the magnitude of the error by referee Jorge Larrionda and his assistant Mauricio Espinosa. An Azerbaijani linesman had come to England's aid in 1966, this time they were denied by one from Uruguay.

The controversy overshadowed another disjointed display from England as their disappointing campaign came to a controversial end, Thomas Muller scoring twice in the space of three second-half minutes as the Germans caught Capello's troops on the counter-attack to round-off an emphatic win. 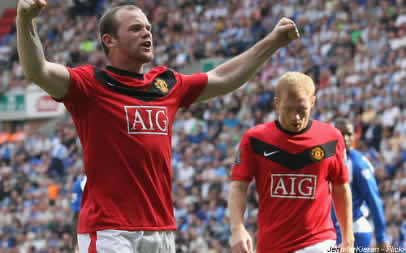 found themselves two goals down in a little over half an hour. Miroslav Klose  latched on to a long clearance from Neuer to break the deadlock on 20 minutes with his 12th World Cup finals goal, while the England backline again went AWOL 12 minutes later to allow Lukas Podolski  to double the advantage from a narrow angle.

Without heroics from goalkeeper David James, Germany would have been out of sight, and Matthew Upson headed England a 37th minute lifeline with his second international goal, both against Germany, from a Steven Gerrard cross at a well-worked short-corner.

Lampard's effort just 54 seconds later should have drawn England level, but instead the goal that never was will simply re-ignite the debate over the introduction of goal-line technology. It will be interesting the hear the thoughts of Blatter, but football's most powerful man will be let off the hook by the eventual magnitude of Germany's victory.

Capello left himself open to ridicule, after his breath-taking insistence that his shambolic England side actually played well as they were ruthlessly dismantled by the slick Germans, who never needed to get out of second gear to claim their latest resounding victory over the old enemy.

"It's disappointing but I think we played well because Germany are one of the bigger teams here at the World Cup finals," the England coach said as he prepares for his reign to once again come under the microscope due to the shocking manner of his side's exit in the round of 16, rounding-off a South African campaign of utter under-achievement from his much-vaunted squad.

There may have been something lost in translation as the 64-year-old had a microphone pushed under his nose within minutes of the final whistle, but the Italian, who had the questions translated for him, again re-iterated: "We beat Germany in Berlin and today we played a good game when it was 2-1 and then it could possibly have been 2-2 and that would have made it different.

"It's the little things that always decide the result, always. Yes, we made some mistakes against them on the counter-attack, and we got caught out twice and that's disappointing, but the referee made even bigger mistakes."

Capello was, of course, referring to the unfortunate Lampard's "goal'" that never was, which looked like proving pivotal, but the potential controversy was instead buried under the avalanche of German goals. Capello joined the growing call for the introduction of goal-line technology, a no-brainer of a move which sadly remains unlikely while Sepp Blatter remains in charge at Fifa.

Capello said: "Frank's goal was the biggest turning point of the game because a second goal would have allowed us to approach the rest of the match differently and we might not have been caught out on the counter-attack as a result. That's football.

"It's another reason why it's time for goal-line technology to help the referee. It's something that's needed to be talked about because it's easy to tell whether it's a goal or not."

After having more time to collect his thoughts, Capello insisted at the post-match press conference that he has no intention of quitting in the wake of the humiliation in Bloemfontein.

The national coach is set for talks with Club England chairman Sir David Richards to seek reassurances about his future, just weeks after the removal of a clause from his handsome £6 million-a-year contract that would have allowed either party to terminate the deal after the World Cup.

"I want to speak with the chairman and then decide my future," said Capello. "I need to know whether the FA have confidence in me or not." When pressed on whether he intended to resign, he replied: "Absolutely not."

It was an altogether brighter atmosphere in the German camp, as two-goal hero Muller hailed a "mad" win for Joachim Low's side, who move confidently on to Cape Town for their quarter-final on Saturday.

The young midfielder admitted his side rode their luck a little, but that was being overly gracious to a woeful England. He said: "Against them you'll give up goal chances at some point, because they have so many good players.

"We had some luck and took the lead. After we went 3-1 up, we improved and the match was soon over after that. Now anything's possible for us, even if there is a tough nut waiting for us in the next round.

"That doesn't matter, we just have to clear the way. For now we'll savour this result, which is madness." His fellow goal-scorer Klose, who put a disappointing domestic season behind him to open the scoring, added: "I was very impressed with the performance today.

"We were on top of things from the start, and we deserved to win. Now we'll see how we do in the next match. Our goal is to get to the semi-finals. We'll see what happens from there."

Capello finally dropped his "squad father" act by naming his first unchanged line-up. He may have been better off bringing back Ledley King, who even with a dodgy groin and suspect knee couldn't have done much worse than John Terry and Upson's lamentable efforts to prevent Klose opening the scoring as England were fortunate not to ship four or five in a torrid first half for their creaking back four.

James had already been forced into a hurried save at his near post as Mesut Ozil exploited an alarming gap in the England rearguard to break through one-on-one on the exposed keeper but England clearly didn't heed the warning as Germany took to route one to take the lead.

A booming clearance from Neuer sailed over a leaden-footed Terry allowing Klose to easily hold off a challenge from the struggling Upson to break the deadlock with a sliding finish from eight yards.

James, by far the busier of the two keepers, denied Klose with his feet after England were once again sliced open with consummate ease by a German side who looked dangerous every time they went forward, but who will also concede their fair share of goals.

It was only a temporary respite as Germany doubled their advantage thanks to more pub-team defending from England as a three-man move involving Ozil, Klose and Muller released an unmarked Podolski to slot home his 40th international goal under James from a narrow angle despite taking a poor first touch.

Having taken more than half an hour to come to life, England finally posed an attacking threat as Philipp Lahm was forced to hack Lampard's goal-bound effort to safety after James Milner supplied his first decent cross of the contest.

Upson handed England a lifeline before Lampard took centre stage for all the wrong reasons. When, in a contest that became ridiculously open as it wore on, the Chelsea midfielder struck the bar with a 30-yard free-kick shortly after the break he sensed it wasn't going to be his day.

When another Lampard free-kick bounced back off the defensive wall with 23 minutes left, Muller started and finished a swift 80-yard counter-attack with a low finish to beat James as his near post. It was deja vu three minutes later as, this time from an England corner, the impressive Ozil easily out-paced a ponderous Gareth Barry to put a close-range fourth on a plate for Muller.

'Authorities in denial about racism in Russian football'