My Scottish Labour Party friend many years ago when I first heard about his country’s nationalist party rudely dismissed them as “tartan Tories”.

Under the leadership of charismatic and cunning Alex Salmond the Scottish Nationalist Party has become much more radical. As rulers of the country, they have provided free university education, opposed nuclear weapons stationed by the British government on Scotland’s shores and opposed the illegal invasion of Iraq.

No wonder the West and its corporate masters have been so vocally against Scottish independence as the Guardian’s George Monbiot explained so well. Just one lone paper, the Sunday Herald, has supported a yes vote. All three main Westminster parties have backed the no campaign through pure, unadulterated self-interest.

It seems to me, economics as opposed to a rational analysis of the right of the Scottish nation to self-determination has been behind the establishment’s virulent opposition. That’s why I predict the yes campaign is doomed to narrowly lose the vote today. They have faced a Mount Everest to climb and have done magnificently. But I don’t think they’ll reach the summit. I hope I'm wrong.

Since the 1960s when plentiful oil was discovered in the North Sea off the coast of Scotland, almost two thirds of Britain’s petroleum has come from that source. No wonder England’s political and business leaders want to hang on to Scotland. Added to that, 41 Labour MPs have been elected north of the border – more than for any other party - and the official opposition could not hope to form  a government after the general election next year without them.

When I was leader of the Labour Party’s Black Sections in the 1980s, a movement like the SNP much vilified by the establishment because it challenged the status quo, we supported Black self-determination at home and abroad. In those bleak days it was something particularly important for apartheid South Africa, which now enjoys Black majority political though not economical rule. How then could I not support Scottish self-determination? I'm glad to say I'm not alone on the Black left. Veteran British Marxist Tariq Ali has been an enthusiastic campaigner for Scottish independence and so has noted professor of African history Hakim Adi.

I thought I’d bring you the views of two former Black Sections activists – one based in Scotland and the other in London. They are Neelam Bakshi, a former Strathclyde councillor who lives in Glasgow, and newly elected Brent, north west London Labour councillor Lloyd McLeish. Neelam said this on Facebook: “I have been quietly amused this morning that being in Scotland is like watching Schroedinger's cat.” 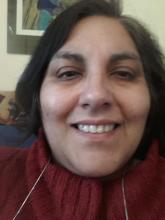 “It is so close to call the outcome of the vote it cannot be predicted. Less sure about infinite possibilities but at least two which will not be resolved until the box is opened - on Friday. Right now, the cat is both alive and dead. (I offer no view on how yes and no fit into this description.) I'm loving being with the uncertainty.” 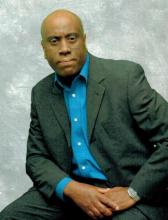 Lloyd said, in one of his round robin political text messages: “The big question is are we better with the Scots or without them?”

“My opinion is (Alex) Salmond is just trying to get into the history books. Don’t think they (the SNP) have thought this through properly.”

“They will come out the BIG loser if they go! Double standards. The SNP want independence and still want to keep the English pound sterling, English NHS (health service), English defence (sic),  and English welfare policies. There is no coming back if they botch up their economy? SCOTLAND MUST VOTE NO!!!!”

Neelam adds a quote from Black American author Maya Angelou: “I’ve learned that no matter what happens, or how bad it seems today, life does go on, and it will be better tomorrow.”