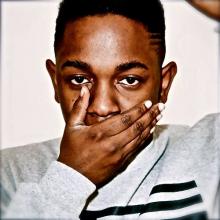 Rap is a genre of music which has often been reprimanded for its offensive content.

So it was surprising to some people to see both hip-hop artists Lil Wayne and Rick Ross acknowledge and apologise for spewing lyrics that prompted threats of boycotts and a loss of major endorsements earlier in the year.

It seems their detractors found success in getting major corporations to cut ties with these performers which raises the question: Could the close attention paid to lyrics today - mainly because of the digital age and social media - find some rappers toning down their words, or compromising artistry, to satisfy others?

Although he doesn’t believe this is a tipping point in hip-hop, the programme director of New York’s Hot 97 radio station, Ebro Darden, thinks rappers will become more mindful of their content.

“I think they’ll be more cautious about the disrespect they show toward a specific situation,” he said. “I think hip-hop is a culture of people speaking what they feel and see. … I think it does get out of balance sometimes and I think that’s the main issue people have with hip-hop.”

Others feel that Lil Wayne and Ross’ lyrical incidents are not enough to completely change the way rappers approach their music.

“Folks in hip-hop are going to use freedom of expression,” said Cori Murray, the entertainment director at Essence magazine. “I don’t see them self-editing themselves.”

The fact remains that we are still hearing a plethora of vulgarities within the genre including pop hits such as Kendrick Lamar‘s Bitch, Don’t Kill My Vibe and A$AP Rocky‘s  Fuckin’ Problems. Even with his close ties to openly gay artist Frank Ocean, rapper Tyler, the Creator still used gay slurs in his music regularly.

Lil Wayne has been known for using shocking and outrageous lyrics in his music. But even with his musical reputation, some felt he went too far on the remix of Karate Chop. In the song Lil Wayne compared a sex act to the beating that killed 14-year-old Emmett Till in Mississippi. PepsiCo released Lil Wayne from his endorsement agreement back in May due to the backlash from his poor choice in punchlines. During the same week Tyler, the Creator had his Mountain Dew ad pulled for portraying racial stereotypes and promoting violence towards women.

Record label boss, Steve Stoute, feels Lil Wayne and Ross released lyrics no different than ones we’ve heard before and ultimately did no harm. 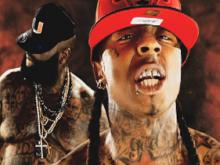 “Lil Wayne’s fans know he wasn’t being disrespectful. He was trying to make a point, which in hip-hop you will sometimes go as ridiculous as he went to make a point,” said Stoute, who added that the rappers shouldn’t alter their lyrics. “I think Lil Wayne and Rick Ross and every other artist should do exactly what they’ve always done to become the special thing that they are.”

Ross rapped about giving a woman the drug MDMA, known as Molly, and having his way with her in Rocko’s song U.O.E.N.O. These lyrics prompted a protest from the women’s group UltraViolet and led Reebok to cut ties with Ross in April.

Reebok was quite displeased with how Ross handled the situation, having apologised but never addressed the controversial nature of his lyrics until after they let him go.

“I bet you (Ross) wasn’t thinking that was going to happen when he was writing that lyric,” John Legend said of the backlash the burly rapper received, with whom he has collaborated three times. “Now people will think twice about stepping in that territory and making light of it and if that’s the effect of people protesting then maybe that’s a good effect.”

Rap lyrics were known for being raw and vulgar even back in the days of the late Tupac Shakur and the Notorious B.I.G., but they didn’t have the endorsements many of the rappers do today.

“When these companies go into business with artists, they know what they’re getting into. It’s not a surprise what kind of record Lil Wayne makes. He’s Lil Wayne,” said Rick Rubin, who has worked with the Beastie Boys, Public Enemy, Run D.M.C. and dozens of other rock and rap icons. “There’s a reason they want to be associated with him: because of the kind of records he makes.”

“Pepsi went into business with Wayne who was already locked up in jail for having a gun, but now they’re going to get rid of him because of the Emmett Till line?” Stoute said.