Whoever landed us with the phrase "the eyes are the windows to the soul" has a lot to answer for. In the cut-throat, media-obsessed world of Westminster politics, some of our more ambitious and wily politicians have taken this ancient proverb to heart.

Keen to impress public and colleagues alike, image makeovers have become de rigueur for lowly MPs and Cabinet Ministers alike. Deciding, literally, that eye to eye contact is a better way to win hearts and minds, they are casting off their spectacles with the same abandonment as liberated women in the 1960s, who cast off their bras as a sign of newly acquired sexual freedom. For our canny political operators this change in appearance brings with it an opportunity to unleash the  'real' personality behind the goggles. 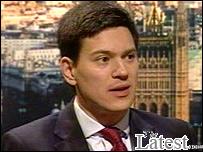 Miliband, Secretary of State for the Environment, Food and Rural Affairs, has become a  'new man' since ditching his rather heavy, dark rimmed glasses for contact lenses.

Having risen rapidly through the ministerial ranks since his election as Member of Parliament for South Shields in 2001, Miliband, aged 41, may have thought that the  'pre-pubescent look' wasn't a good one for a prospective leader of the Labour Party. Alistair "I'll cut your balls off'' Campbell, Prime Minister Tony Blair's notorious former Director of Communications and Strategy, is said to have given Miliband the nickname  "Brains" after the Tv Thunderbirds character.

A regular guest on the BBC's Question Time, the Environment Secretary, contact lenses in place, has of late adopted a far more aggressive, strident and confident persona. In a recent appearance on the show, when asked by host David Dimbleby to comment on Blair's continuing leadership, he snapped:  "People will be saying  'wouldn't it be great to have that Blair back because we can't stand that Gordon Brown."

He then clarified his remarks, adding that Mr Brown would be a  "very successful" prime minister. Has he been recruited to Home Secretary John Reid's Charm School? Who knows? Miliband was widely touted as the possible  'young contender' capable of frustrating the future anointment of Chancellor Gordon Brown as Prime Minister, until his announcement on April 22 that he would not be entering the leadership race.

"Eyes can be just or tell a lie. They can smile and they can lie" - Jack Straw, Lord Privy Seal and former 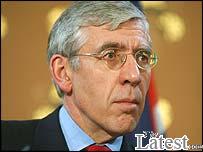 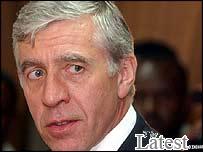 Foreign Secretary has courted controversy since he dispensed with his metal-framed spectacles for bifocal contact lenses in 2004. Rounded on for 'pressing flesh' with Zimbabwean leader Robert Mugabe, arguably the international community's most hated-on leader, at a United Nations reception, some wondered if Straws perceived faux-pas was the result of bad judgement or a mishap with his new eyewear.

Straw, 61, responded firmly to criticisms, suggesting that he was fully aware of whose hands he shook, saying:  "The fact that there is a serious disagreement between Zimbabwe and the UK does not mean that you should be discourteous or rude."

Previously seen as mild mannered, efficient, unremarkable though cunning, Straw, who is Member of Parliament for Blackburn, has recently tried to raise his profile, positioning himself as a politician willing to take on difficult issues - just in time for the deputy leadership contest in which he is a candidate. In October 2006, he revealed to his local newspaper and the country that he would prefer it if Muslim women did not wear veils which cover their face and said that he routinely asked Muslim women attending his constituency surgeries if they would remove them. This sparked a heated national debate.

"The eyes have it" - Michael Howard, hard-line Home Secretary in Margaret Thatcher's Conservative 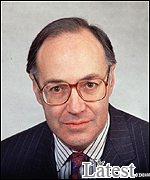 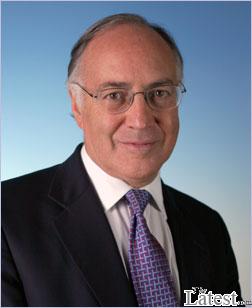 government and Leader of the Conservative Party between 2003 and 2005, underwent a dramatic transformation of appearance and character to take his party into the general election in 2005.

Reckoning, perhaps, that contact lenses were a younger man's game, the 66-year-old swapped his trademark thick, large, plastic spectacles for a lighter, modern, almost frameless pair and adopted a  'nice' smile to match. Famously tagged by frontbench colleague Ann Widdecombe MP as having  "something of the night" about him, Howard wanted everyone to know that the Conservatives were no longer the  'nasty' party.

"He sees the mote in others eyes but not the beam in his own" - British Prime Minister, Tony Blair opted to 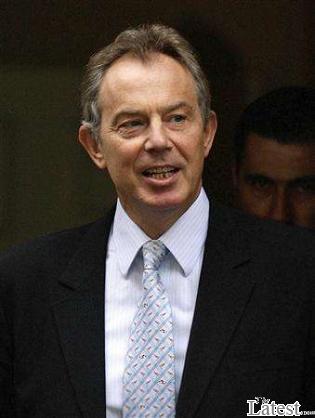 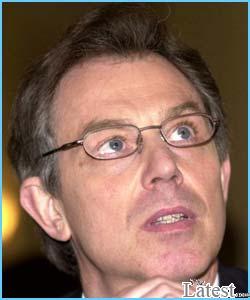 wear glasses in 2001 after apparently struggling to come to terms with the imperfect vision of middle-age. Feeling  "self-conscious" about wearing specs, he revealed that he decided to go public about his  'condition' after linking teachers rather than teenagers to drugs and crime when he hilariously misread a speech.

At the time, observers already attuned to Blair's skill at the infamous political art of truth-manipulation known as 'spin', suggested that his new 'fashion accessory' was a ploy to improve his rating among wavering female voters ahead of the general election.

Marilyn Taylor, a former optician and consultant with image advisers Colour Me Beautiful, said Blair had  "quite fine features" and an oval face. The kind of face which would suit most kind of glasses. No wonder the many admirers, among the ranks of politicians, of Blair's election-winning telegenic image grapple with the question, "for eyes or not for eyes?".

Snowflakes fall as Obama keeps his eye on the prize

<p><strong><u>Chris Gaynor</u></strong></p> Can you tell a liar from looking into their eyes? Without sounding too rude David Miliband's brother may well do better to throw away his spectacles if he is to enter the top flight of politics. And Blair looks better without the glasses even though he probably needs them to see what rubbish legislation he has created!