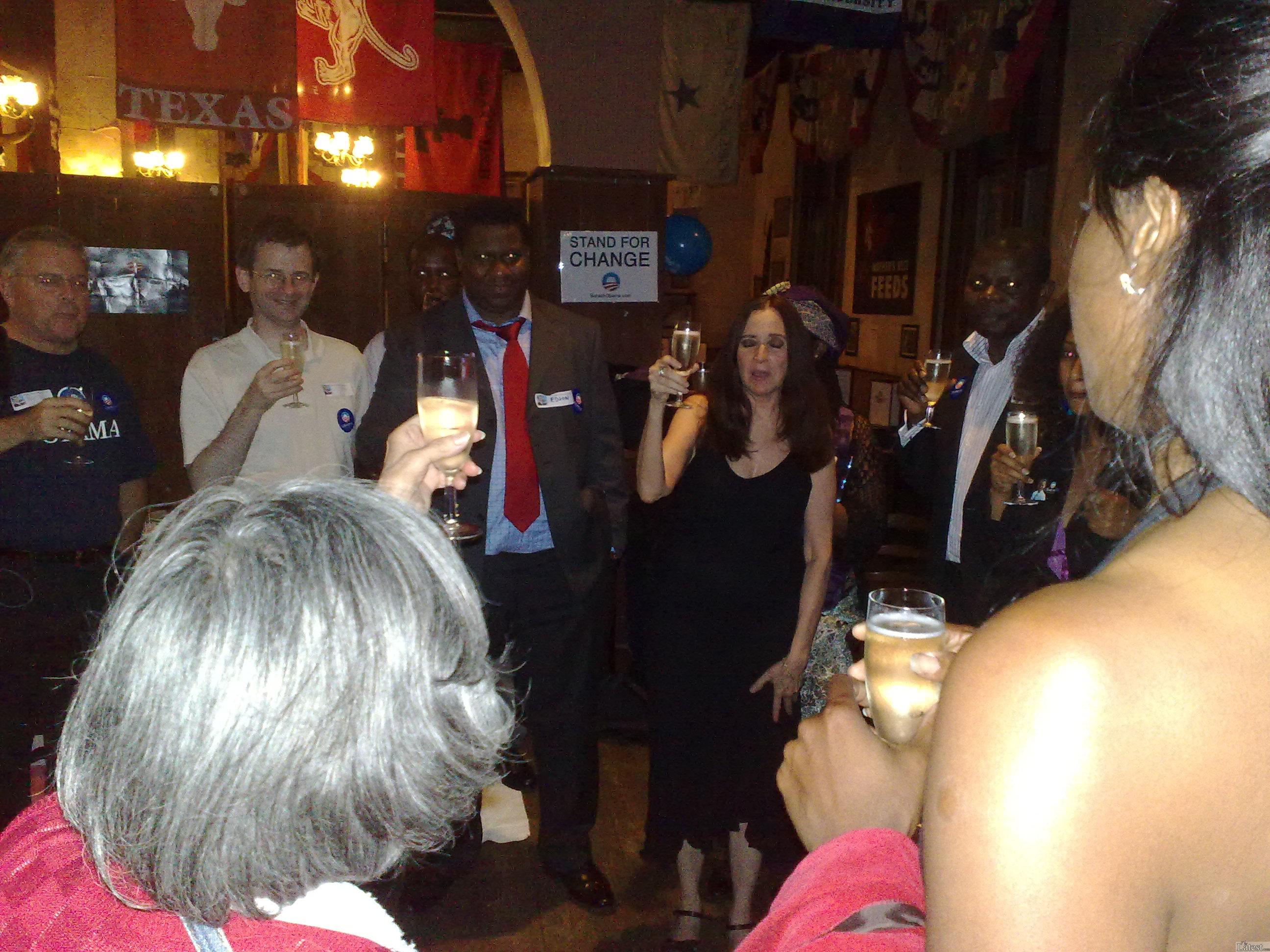 London supporters of American presidential hopeful Barack Obama celebrated his birthday with champagne in London last night. Fifty of them - mainly American Democrats based in Britain - attended a  £15 a head 'meet up' at the Texan Embassy restaurant, off Trafalgar Square.

Among them was solicitor Nicola Williams who, until recently, was a leading member of the UK's Independent Police Complaints Authority. She proposed a toast, describing Obama as a once in a lifetime political inspiration to people around the globe.

Bruce Maharaj, a Miami-based hospitality manager from Guyana who has lived in America for 28 years, said that his sister Vashti had been a Hillary Clinton campaign worker before Obama sealed the Democratic Party nomination. But he said that Vashti was now fully onboard as an enthusiastic supporter of the Illinois senator.

Black US social worker Mary Todd confessed that, as a woman, she had initially supported Clinton. Now she said she backed Obama but had been angered by his support for massing American troops pulled out of Iraq in Afghanistan. She reasoned: "What sense does that policy make? If Obama thinks it is right to withdraw our military from Iraq, a policy which most of America supports, then why on earth would he want to send them to a country that defeated a Russian occupation?"

Todd was also annoyed that Obama, during his world tour, had tilted too much towards Israel rather than supporting the beleaguered Palestinians.

At another event on the same evening, a full-time Obama campaign worker Karin Robinson, who is responsible for getting out the American vote in Britain, Ireland, Scandinavia and South Africa, launched what she called a 'search party' of volunteers. She said estimates put the amount of US voters abroad at between six and 10m, "the same as the population of a decent-sized American state".

...And the bizarre conspiracy theories about its eruption