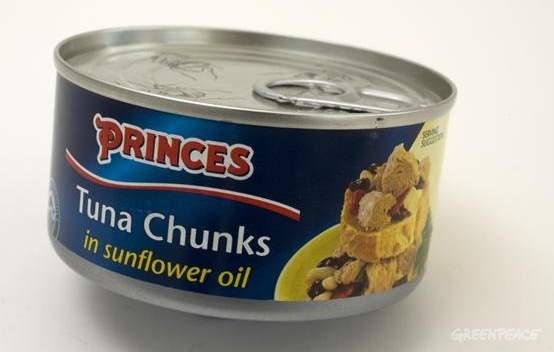 One of the leading tuna brands in the UK has denied any wrong doing after being ranked the least sustainable producer and accused of misleading customers in a report by environment campaigners.

Princes was placed bottom in a league table of tuna manufacturers put together by Greenpeace, despite claims on their tins that they are: “committed to fishing methods which protect the marine environment and it species.”

The Japanese-owned company uses fish aggregating devices (FADS), which attract schools of tuna into large nets using sonar technology, but also lure in endangered sharks, turtles and juvenile tuna that get caught accidentally in a process known as ‘by-catch’. The two most sustainable brands according to the report, Marks and Spencer and Sainsbury’s, use pole and line fishing, a more sustainable method. 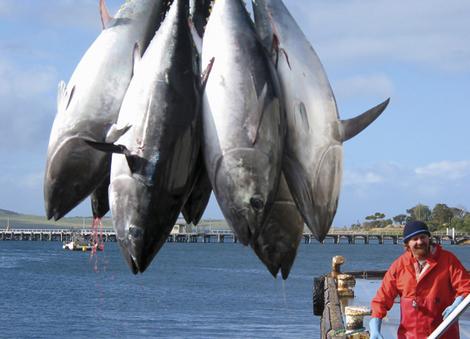 But Princes said in a mass e-mail to campaigners: “We acknowledge that all fishing methods result in some level of by-catch and we therefore support the need to develop and implement ways of mitigating the impact of commercial fishing on non-target species.”

Supermarket giants Tesco, who sell the largest volume of tuna in the UK, were joint last in the table, but have since committed to sourcing their tuna from the pole and line method by the end of 2012.

Greenpeace Oceans Campaigner Sari Tolvanen said: “There is a clear solution for Princes and the fishing industry as a whole: stop using wasteful fishing methods.

“Consumers need to buy responsibly-caught tuna. Producers and retailers must ensure their tuna products are sourced sustainably and equitably and all should support the movement for a global network of marine reserves.”

The UK is the second largest consumer of tinned tuna in the world, with around 778 million tins eaten in 2008 alone, making up 36 per cent of the European import market and valued at $446 million (£280 million) per annum.

May 9 deadline for young Black writers cash prize and job

Blazing rows, the place a mess and 'lazy staff'