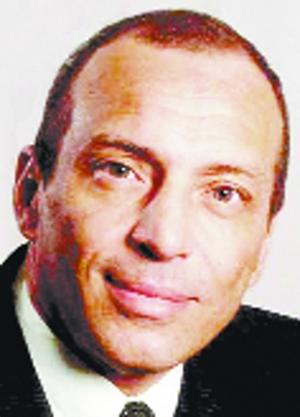 A former councillor has been criticised for making an inflammatory speech at a controversial rally.

Michael Johnson, of Dean Street, Darwen, was a guest speaker at the English Defence League (EDL) demonstration in Bradford city centre on Saturday.

The former Blackburn with Darwen councillor and parliamentary candidate for Rossendale and Darwen made a speech saying he was "defending our identity from attack".

But critics said the EDL’s actions were inciting hatred between communities.

EDL is an English far-right single issue group formed in 2009. Its stated aim is to oppose what it considers as the spread of Islamism, Sharia law and Islamic extremism in England.

The group uses street-based marches as a form of protest. It presents itself as being multi-ethnic and multi-faith and states that it opposes only "jihadists", not all Muslims. However, EDL members were reported to have chanted "we hate Muslims" at pro-Palestinian demonstrators in London on September 13 last year. EDL membership figures are not clear however, they are believed to have 300 to 500 active supporters.

More than 1,600 police from 13 forces were involved in the operation in Bradford at the weekend amid fears the demonstration would descend into violence.

Bricks, bottles and smoke bombs were thrown at anti-racism counter-protesters and police as around 700 EDL members gathered.

Former Blackburn with Darwen council leader Colin Rigby, who is a Darwen area councillor, said: “It doesn’t surprise me.

He was all over the place when he was a councillor.

“The majority of the people living in Blackburn and Darwen have a good relationship, regardless of where they come from.

“We do not have any problems at all and these rantings of his show he is a rather foolish individual.”

Speaking to the Lancashire Telegraph, Johnson, who is of mixed race, said he was not against Muslims, but Islamists, who have ‘a rigid ideology, not a religion, which involves taking over the country and our people’.

He said he was not a member of the EDL but ‘the EDL are fighting for something I totally believe in’.

Johnson was elected to the borough council in 2006 for the England First Party which called for a ban on mixed-race marriages, black footballers playing for England, aid to Africa and virtually all immigration to England.

What artists have in store