An impressive line-up of international speakers came together to mark the United Nation’s anti-racism day in a webinar organised by the National Union of Journalists’ Black Members Council in March.

They included a senior broadcast company executive from South Africa, the editor of The Weekly Gleaner newspaper and a leading American civil rights lawyer. The “40 years of Resistance: From the Brixton Uprisings to Black Lives Matter” event heard from veteran Pan Africanist Congress of Azania activist Lindiwe Tsele, aged 86, who recounted what happened in 1960 in Sharpeville, South Africa, when at least 69 mainly black young protestors were shot dead by the white supremacist regime’s police. 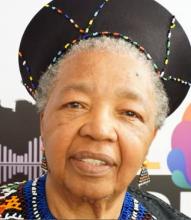 That fateful day is commemorated annually by the United Nations. The protestors were peacefully demonstrating against a law that forced them to carry “pass book” identity cards because they were black. “Many of them were shot in the back when they were fleeing the scene,” said Tsele.  She added: “Apartheid was an evil form of white supremacy used to oppress black people in their own country.“ 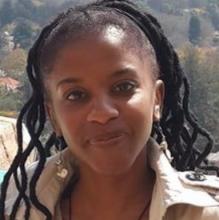 Johannesburg-based broadcaster Jacqui Hlongwane, spoke about her late mother,  Jane Hlongwane, who was general secretary of the Steel Engineering and Allied Workers’ Union, and a Black Consciousness Movement activist, and what it was like growing up in 1980s apartheid South Africa.

“As black children, we had to go to a different school and even separate swimming pool.” Hlongwane said she did well at school and got a place at Witswaterand, a top South African university. She decided she wanted to make a difference by working in the media. And, after graduating, got a job at a television station, where she rose through the ranks to become programme manager. “Since 1994, we have had black majority rule but the privileged white minority population are still doing a lot better than black people.” 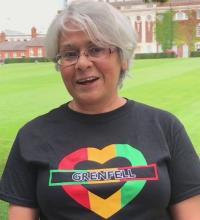 Grassroots Black Left activist Sophia Mangera, who was born in South Africa but, from her teens, was politically active in Lewisham, spoke about the racist activity of the far right National Front in the south London borough that, she said, culminated in the 1981 New Cross fire in which 13 young black people were massacred. The unprecedented huge Black People’s Day of Action march resulted. Fleet Street, home to newspapers that had printed racist stories about black people, was one of the places purposely passed by the protestors. Police failed to find the murderers.

George Ruddock, editor of The Weekly Gleaner, which serves the Jamaican community in Britain, and former Voice boss, said: “1981 was a pivotal time for the Black community in Britain” and The Voice, the UK’s black national newspaper, was founded a year after the Brixton disturbances of that year, caused by the racist police stopping and searching of black, mainly young men, during “Operation Swamp”.

Ruddock added: “Before that we had Colonial News, set up by Jamaican Second World War veteran Laurie Phillpotts and the West Indian Gazette, founded by Trinidadian Claudia Jones, who played a role in the establishment of the Notting Hill Carnival. They, as well as Jamaican Val McCalla, who set up The Voice, were “media pioneers.” 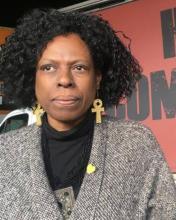 Justice4Grenfell campaign co-ordinator Yvette Williams described the totally avoidable inferno that engulfed a West London tower block in 2017 and claimed the lives of at least 72, mainly black, Muslim, asylum-seekers and migrants. She said: “We are not going to be silenced because our voices are crucial to building the Black liberation movement.” Williams backed up US speaker Vanita Banks, who answered a question by National Union of Journalists national executive committee member Natasha Hirst, who asked what white people could do to give solidarity to black people? Banks, the ex-president of the National Bar Association, which was set up by black American lawyers and includes George Floyd family attorney Ben Crump. Floyd was the unarmed black man whose “lynching” by a US white cop in Minneapolis last year sparked global outrage led by the Black Lives Matter movement. 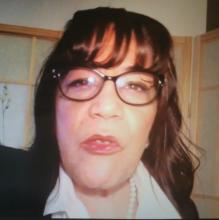 Banks, who is also chair of America’s Police Misconduct and Justice Taskforce, told Hirst white people must: “Listen to us and be our genuine allies in the fight against racism every day and not just during Black Lives Matter protests.“

Participants felt the setting up of a sustainable anti-racist movement that would be a fitting tribute to our fallen heroes should be explored. They were keen the incredible Black Lives Matter momentum should not be lost.