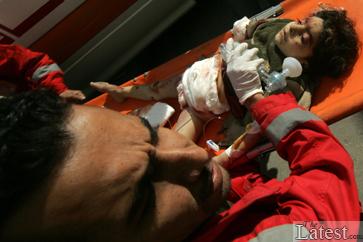 More than 1,000 Palestinians have been killed in Israel's war on Gaza as the assault enters its 20th day.

The offensive continued in the early hours of Thursday, with what has now come to be nightly explosions and heavy gunfire on the ground in Gaza City. Diplomatic efforts to bring about a ceasefire continued to yield little result.

The Palestinian death toll stands at 1,025 people and nearly 5,000 have been injured, with 40 per cent of the dead civilians and a third children, aid agencies and Palestinian medics say.

Al Jazeera's Ayman Mohyeldin, reporting from Gaza, said more than 80,000 Palestinians had fled their homes because of the fighting and there was a real desperation and fear among the people.

He said that shelling could still be heard in parts of Gaza City during the daily three-hour so-called "humanitarian corridor" or lull in fighting to allow Gazans to find food and medical supplies. 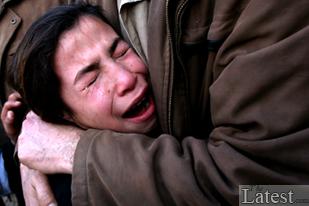 The humanitarian crisis in Gaza also continues to worsen, with the UN saying that hospitals there were near collapse trying to cope with the sea of injured.

Despite the Israeli onslaught, the declared aim of which is to stop Palestinian rocket fire, more than a dozen rockets were fired from Gaza into Israeli territory on Wednesday.

Thirteen Israelis have been killed in the conflict, including three civilians. On the diplomatic front, negotiators from Egypt and Hamas, the Palestinian group that governs the Gaza Strip, are reportedly nearing agreement on a ceasefire proposal.

An Israeli delegation, so far absent from the talks in Cairo, is set to arrive on Thursday. Ban Ki-moon, the UN secretary general, arrived in Cairo earlier on Wednesday in a bid to accelerate the talks. He met Hosni Mubarak, the Egyptian president, and is expected to hold talks with the leaders of Jordan, Syria, Lebanon and Turkey on the Gaza crisis, but has not said whether he will have direct contact with the leaders of Hamas.

The UN chief has repeatedly called for Israel and Hamas to immediately end hostilities, but underscoring the difficulty of his mission, a UN official said on Wednesday that an Israeli shell had hit one of its cars used to ferry senior UN officials in Gaza. The driver of the clearly marked car emblazoned with the agency's initials and carrying a UN flag lit with a spotlight, was wounded.

"I'm sure it was an Israeli shell targeting the vehicle. I'm not saying it was deliberate targeting," said Chris Guinness, a spokesman for the UN relief agency for Palestinian refugees.

Sheikh Hamad bin Khalifa Al Thani, the emir of Qatar, late on Wednesday reaffirmed his call for an Arab summit in Doha on Friday to tackle the Gaza crisis, expressing his frustration at the lack of unity within the Arab League on just how to address the situation.

Robert Fisk, a highly-respected British journalist and Middle East expert, said neither the current Gaza war nor the broader 60-year regional conflict would end without resolving the Palestinian issue.

"Why are they (Palestinians) dispossessed? Why are settlements - colonies for Jews and Jews only - being built on Arab land illegally? And still it continues," he said in an interview with Al Jazeera.

Earlier this week, the United Nations Security Council adopted a legally binding resolution demanding an immediate ceasefire in Gaza. However, both Israel and Hamas have ignored it and continued fighting.

Fisk said that Israel will be able to flout the UN ceasefire demand as long as the US - the only country to abstain from the 15-member security council vote on the resolution - continues to back the country.

"It's quite clear from Hillary Clinton's (incoming US secretary of state) most recent comments that it (the US backing of Israel) will continue under Barack Obama. I see no change, I see no hope at all in the future," Fisk said.

See also: We musr speak up for Palestinians being slaughtered

Scandinavian country could give refuge to freed Guantanámo inmates

US Senate is to blame for climate summit failure