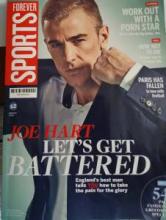 New American heart throb of blue movies Tyler Nixon, a surfer and snowboarder, was interviewed over a further two pages about his keep fit tips. There is a prominent pull quote in the text that says: “Losing an erection when everything else is ready is a nightmare.”

And, next to a graphics of a man’s six-pack, the headline: “Get Rock Hard Now.” 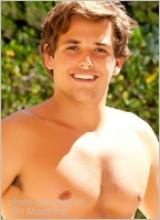 Sheila Lewis, 29, of New Addington, Surrey, told the-latest: "I bought my six year old son an Arsenal top at the shop and then went to the counter to pay for it. Now, I’m no prude but wonder whether such pornographic literature is appropriate to be peddled at a store where young people work and shop?"

As if Ashley should be courting another scandal at a time when he faces being charged with contempt of parliament for refusing to appear before a committee of MPs investigating allegations he has badly treated his workers.

The-latest attempted to get a comment from Sports Direct without success. We'll keep trying.

It's a laugh at Chessington World of Adventures