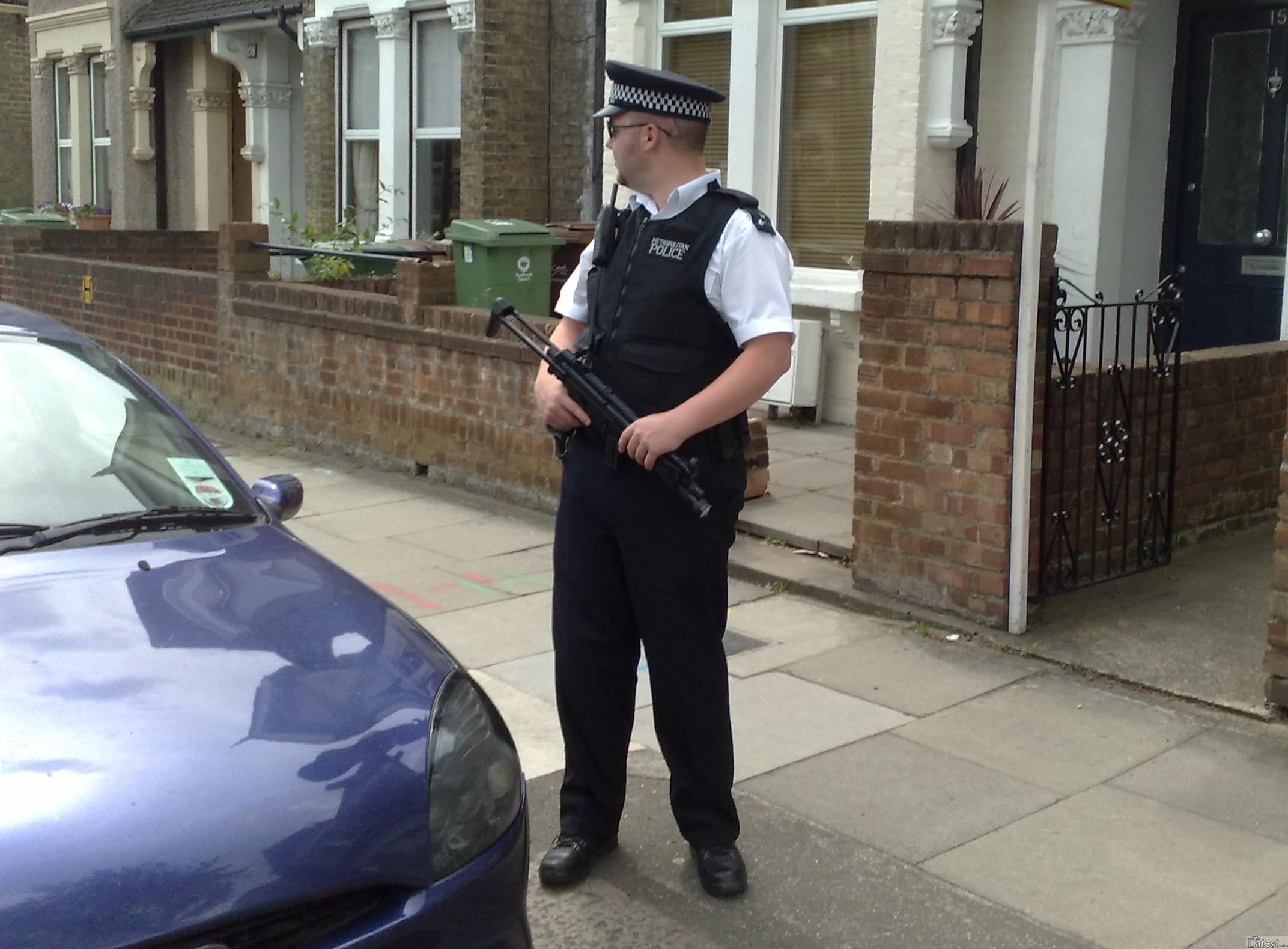 Britain's first woman Home Secretary has been criticised for the round the clock armed protection at her Nunhead, south east London, home.

Officers with machine guns guard Jacqui Smith's  £450,000 three-bedroomed terraced house, where she lives during the week. As Home Secretary she is in charge of the UK police, security and counter terrorism.

An angry neighbour, who declined to be named, said: "I think the armed police are more about status than protection. It is a waste of tax payers' money and puts us all in danger because if a suicide bomber decided to attack we'd all be blown up."

An armed Response Vehicle (ARV) guards Smith round the clock. The heavily-armoured car is manned 24/7 by three specialist firearms officers on permanent patrol outside her address. It is in addition to her current minders from Scotland Yard's elite Diplomatic Protection Group. A squad of 12 minders guards her home to prevent a terrorist attack. The annual cost for this is almost a million pounds.

Smith, an ex-business studies teacher and Oxford graduate, spends the weekend in her Redditch, West Midlands, parliamentary constituency. In January she caused controversy by claiming that it was not safe to walk the streets of London, after she popped into Katies takeaway at Peckham, round the corner from her London home, to eat a kebab at night.

Afterwards Smith was asked whether she would feel safe walking on her own in London at midnight. She replied: "Well, no, but I don't think I'd ever have done that at any point during my life."

Asked why not, she answered: "Well, I just don't think that's a thing that people do, is it, really?"

A worried aide tried later to smooth over the remarks by saying that Smith had actually "bought a kebab" at night. It was later revealed she had been with her minder and had visited the takeaway at 5pm. Police - who have been locked in a pay dispute with Smith and the Home Office - are furious at the extra expense.

Walking around in public is not something Smith does often. Last night, at 10.45, her chauffeur-driven government Jaguar dropped Smith off and a tall minder accompanied the Home Secretary into her home.

Smith and Harman, who lives in Dulwich rather than her own neighbouring constituency, are both high-ranking members of prime minister Gordon Brown's cabinet.