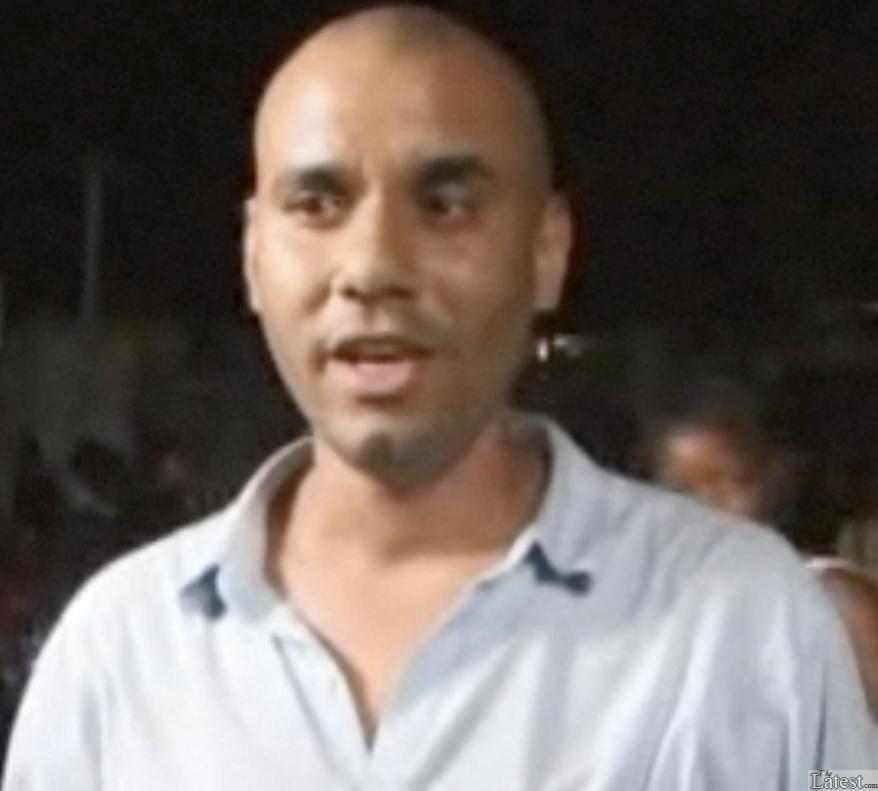 Cyber stalker and self confessed media terrorist Peter Dean Rickards has threatened to sue The-Latest for publishing our story about his four year long campaign of hate against a British couple. The threat of legal action has rattled prominent people involved who have contacted us.

We have challenged bully Rickards to meet us in court. Here's some of the damning evidence we would use to expose his hate crimes before a judge and jury. They start with the death threat he posted on the Handheld Learning company website of the stalker's target, Graham Brown-Martin. It read:

Rickards then put a story on his own website Afflicted Yard headlined.

In a sick Rickards posting on his website, he parodied Brown-Martin's journalism:

"with my black wife and the fruit of her negress womb--my mulatto daughter."

The story featured a re-touched image of a building in Jamaica with the legend "DIE WHITEMAN DIE".

"For THIS is also home of the Bobo Shanti Rastafari, a devout, militant practice of the Rastafarian faith with strong ties to Ghana in West Africa (where my my black wife sends my Trace magazine money so her family can buy new mud hut every year)."

Rickards has updated this article from time to time with the latest edition available online at:
http://www.afflictedyard.com/littlewhitelies.htm

As part of Rickards' Afflicted Yard account on deviantart.com he had a photograph of a man pointing a gun with the title "Handheld Learning".

The account on deviantart.com was owned by somebody at email address another_afflictedbastard@hotmail.com (this email address features as a contact email and MSN address for Rickards on his Afflicted Yard website http://www.afflictedyard.com/contact.htm)

The image was removed at the request of Detective Inspector Nicholas Hart, of the British Metropolitan Police.

Copies of these web pages available on request to Brown-Martin.

An account on the Handheld Learning site under the name "graham_gay" postings included:

Another account on the Handheld Learning site was created under the name "handheld_fuckery". This account featured an image of Peter Tatchell but used the email account grahambrownmartin@yahoo.com by way of stealing my identity

A copy of the web page is available on request.

Correspondence with Yahoo! is available to show the origin of this account activation and its eventual closure.

This was sent via a free text service operated by TechJamaica.com

Brown-Martin says that he has evidence from the site owner that identified the sender as Rickards.

"If you live in the UK, specifically London, please take the time to urinate on the front door of (Brown-Martin's home address was published). If a ugly brown-toothed white man comes out and starts screaming about "HOMOPHOBIC, RACIST JAMAICANS", you have my permission to beat him senseless with an aluminium baseball bat."

Page removed at the request of British police.

An account was set up on the Handheld Learning site under the name "rensrottenblackclit" and the message was sent via the private messaging system:

HELLO!?!?! POLICE?!?? SOME YARDY IS SENDING ME BAD MESSAGES ON MY MESSAGE BOARD...CAN U PLEASE HAVE HIM STOPPED AT THE BORDER!!!!?!?! hahahahahahahahah

This message was sent after Rickards was contacted by police DI Hart.

On a message board posting on a US educational site:

"What will your ugly HIV+ kid think when she's old enough to understand it later?" This was a vile reference to Brown-Martin's young daughter.


The posting was removed after the site owners were contacted. The account details including IP numbers were sent by the site owners to British detective chief inspector Driscoll

Copy of this web page available on request.

Telephone message to Irene from Rickards while Brown-Martin family were in Jamaica witnessed by a police officer and her bodyguard via a Palm Treo speakerphone:

"How would you like me to send a crack-head over to rape your daughter?"

A series of website countdown images indicating that we would be killed. The 3 + signs represented Irene, our daughter and myself:

It's 'make or break time' for the Euro

2 Responses to "Here's the damning evidence which exposes internet bully"

<p>It’s a shame. Your long list of the proofs are enough to get the ******* in the jail. Don’t just let him go. We need to fight the cyber stalker and media terrorist like this Peter Dean Rickards. He needs to spend few years in jail so as to get back his mind.</p> <p><a href="http://www.earnersblog.com/networks/clickbooth">&nbsp;</a></p>

<p>That's just absurd that he thinks he can do something like that when you've got all of this plainl-to-see proof right on the table. What kind of person goes about this kind of behavior and doesn't think that it will come back to haunt him in one or the other?</p><p><a href="http://dehydrationsymptoms.org/">dehydration</a></p>