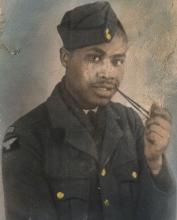 Showcased will be five of the 28 online stories of veterans, most of which have never before been seen by the public. The event builds on the acclaimed Divided by race, united in war and peace hour-long film about Second World War service personnel, particularly those Caribbean and African young men who volunteered to join the war effort and afterwards returned to live in Britain. White, African and women veterans, filmed for the first time, also feature.

Screenings of the Divided by race documentary have been happening around the country during Black History Month to rapturous responses from the filmgoers.

The Second World War Digital Living Memorial website also has the original participants in the 2012 film. It tells the fascinating untold story of how they risked their lives to serve under the British flag in times of war, then faced a Windrush-type second battle – their right to remain under that flag, as British citizens. The-Latest.Com won funding from the National Lottery for the film and website projects. Members of the public can upload to the website wartime stories of family members, photographs and memorabilia to keep them alive, hence its name.

Jamaicans Neil Flanigan, Allan Wilmot, the late Laurie Phillpotts and Sam King, who became the first Black mayor of Southwark, are among the ex-RAF veterans who give powerful testimonies of their wartime and post war experiences, as does former head teacher Norma Best, who came to Britain from Belize. Two Kenyan veterans, Joseph Inima and Joshua Okello, who fought in Africa, also give moving personal accounts of the Second World War.

Until now their stories have not been properly heard. Nor has the contribution they made been fully recognised, both in helping win the war but also changing the face of British society. The documentary from The-Latest.Com, is directed by its editor Marc Wadsworth and deputy editor Deborah Hobson, the co-producer, who will be doing a Q&A at the end of the screening of the website films.

BBC television’s Fighting for King and Empire: Britain’s Caribbean Heroes, shown this year, is based on the documentary Wadsworth directed. With Deborah Hobson, he produced both films.

Dr Jak Beula, founder of Nubian Jak Community Trust, which has put up 50 blue plaques to commemorate Black historical figures and built Britain’s first monument to Africans and Caribbeans who fought in both wars, said: “The importance of establishing an online living memorial to African and Caribbean military personnel is very timely, albeit long overdue.” 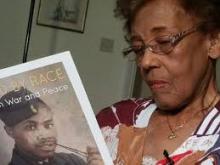 He added: “Those who made the ultimate sacrifice along with those who survived but sadly have now passed, may not have received the appreciation of their service during their lifetime, but the Living Memorial project will serve as a reminder to the few surviving veterans, as well to the next generation, that the valour of these brave men and women will never be forgotten." 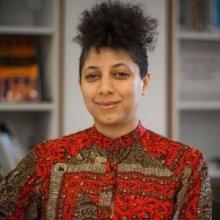 Black Cultural Archives managing director Arike Oke said: “I’m pleased to be hosting this important event because history matters. It’s where we come from and it can help us know where we’re going. Black Cultural Archives holds the future to account by collecting, preserving and celebrating the stories of people of African and African Caribbean descent. We keep these stories in living memory so that we never forget that we were here before, too, and that we mattered then, now and always.”