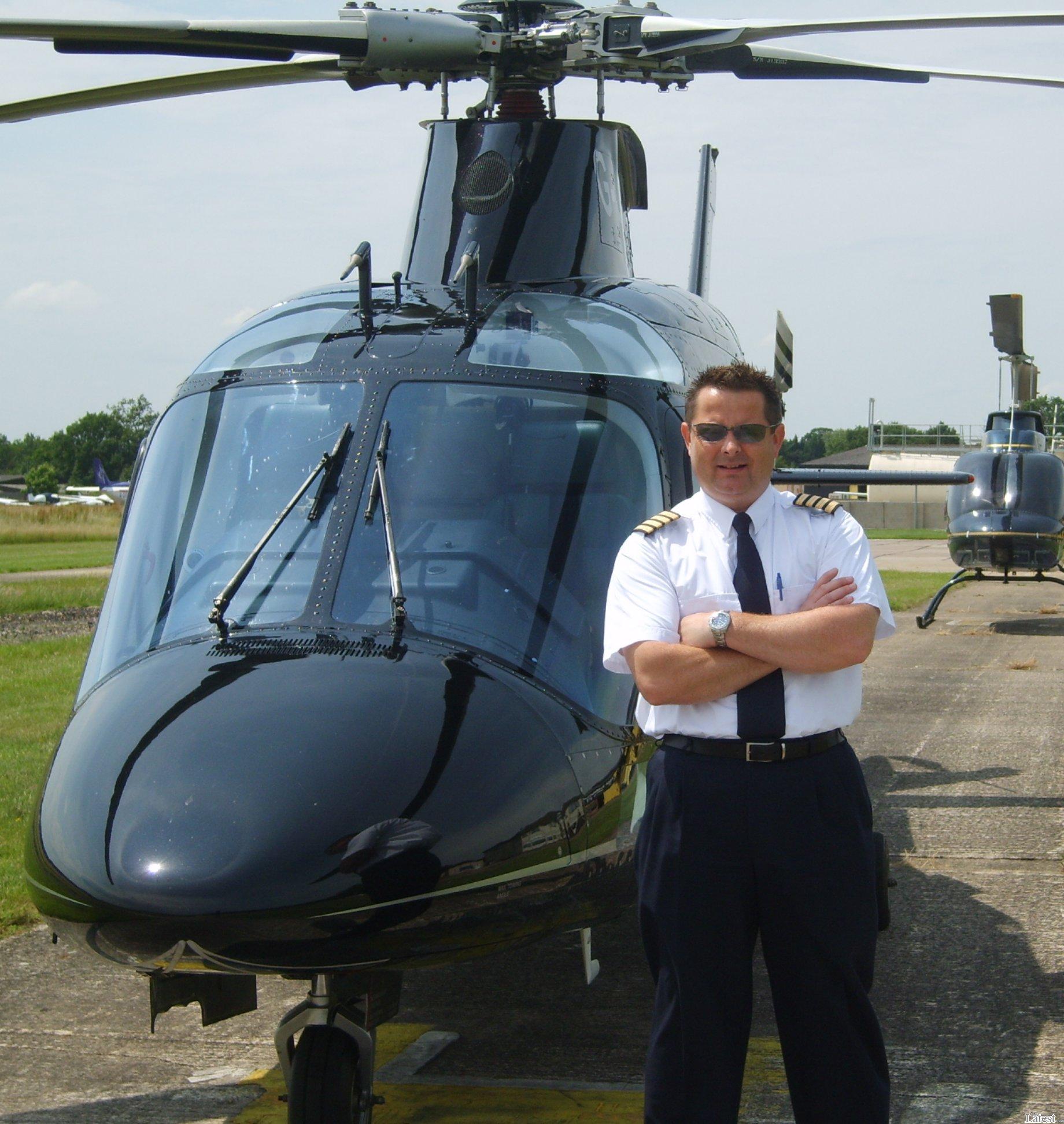 With more and more wealthy business people and celebs using private chartering to ferry them about, Chris Gaynor chats to Captain Alex Hoff about the not so glamorous side of flying the high skies.

Singing legend, Frank Sinatra, once invited everyone to: 'come fly with me, let's fly, lets fly, away.' If only it was that simple. Hollywood laps up huge budget films set on gigantic planes or shuttle ships that cost the earth.

Audiences revel in the dream world of being able to land on the moon, or to be sent to a far unknown planet not knowing what is going to be encountered.

Catch me If you Can, sees Leonardo Di Caprio play a con artist faking his way to riches, by being an airline pilot for Pa\n American Airways. He forges dodgy certificates and takes off. Well, almost!

Chartering helicopters has become big business. Wealthy business men and women are now more than ever using private chartering to ferry them about. Never before has the demand for private pilots been huge.

Barry Hodgkinson, Operations Manager at Fairoaks Airport, Ottershaw, near Woking, Surrey, said:  'Business aviation is on the increase and more clients with money are now looking to have their own charter pilot. Why wait around at an airport, when you can get their in half the time?'

And now even sportsmen want to fly the high skies, with young snooker talent, Ali Carter learning to take his Private Pilots License, alongside practising his snooker on the green baize.

Freelancer Captain Alex Hoff, 38, works with the Alan Mann Group, based at Fairoaks airfield. They mainly deal in chartering and sales, and training lessons. 'Ever since the age of 5, I got the bug, and wanted to fly helicopters. But It's not as glamorous as people think,' he said.

'Just show me the money, it doesn't matter if you are A-list or a D-list celeb, it's all about the cash. Brian Balman, a flight instructor, trained me. He sadly passed away though in 2005, the 'Godfather,' of instructors,  ' he added.

When Captain Hoff was employed in a staff role, his previous company invested in a brand new helicopter, the Eurocopter AS365 (Dauphin), which has the advantage of being able to fly in all weathers, and costs two and a half million US dollars.

He has come along way since flying smaller aircraft such as the Robinson 22, which can reach speeds of 108 miles an hour and range of 360 miles without refuelling. The Dauphin clocks up 175miles an hour and flies distances of 530 miles. He started his training for his Private Pilots License (PPL) more than 11 years ago, part practical and part academic.

Captain Hoff notched up over 40 hours of flying to get his PPL, which cost him  £15,000 to obtain. On receiving his PPL, he then trained to become a flight instructor, building up more flying time to his portfolio. He became Chief Flying Instructor in 1997 and further trained for his Commercial Pilots License in 1999.

And now he has notched up over 4200 hours of flying, flying the Augusta 109 helicopter and Belle 206 Jetranger for Alan Mann.

He said: 'The Civil Aviation Authority is the bible which specialises in regulating the industry and provides air traffic services. It was set up by parliament in 1972 and is an independent regulator dealing with economic regulation, airspace policy, safety regulations and consumer protection. We all have to abide by this bible and the industry is tightly regulated.'  'It is like a parliament for the sky,' he added.

He has met many celebrities in his time in the business, training the likes of Only Fools and Horses star David Jason, to flying some politicians, and music stars such as Jamiroquai, pop group Hearsay, and car giant's Honda chiefs.  'But in the end, you are just a glorified chauffeur,  'he said.

Training to become a pilot is no cheap thrill. There are a number of intense written and practical exams to sit. It costs a whopping  £60,000.

Captain Hoff guided me around the airfield, and I was treated to the array of helicopters resting in the towering hangars. It was dazzling. Viewing the helicopters on the ground makes you imagine what it would be like to fly one up in the air. For Captain Hoff, the buzz is in the blood. The feeling of having complete control over a powerful machine is one buzz, but also being king of the skies is another.

It is the same with Formula 1 racing drivers. Imagine driving sensation Lewis Hamilton's adrenalin controlling a monster of a machine. This is Captain Hoff's monster that he controls.

Captain Hoff is well known in the industry, but continues to keep his feet firmly on the ground.

He said: 'Freelance work keeps you one step ahead of the game and keeps your name in the spotlight, because this is not a stable industry.'

Harlen Maguire, (played by Jude Law) in the film Road to Perdition (2002), comments: 'To be paid for what you love to do, ain't that the dream,  'he said.

Very few people enjoy the job they do, but the ones who do, will certainly raise a toast to that.

* Contact http://www.alanmann.co.uk/contact.asp or call 01276 857 471, to book a trial lesson with the Alan Mann Group, and experience the adrenalin for yourself.