How ANC toppled president and handed power to Zuma 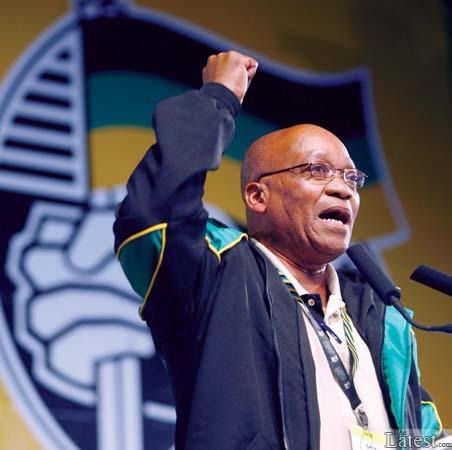 In a marquee on a university campus in Polokwane, thousands of cheering ANC delegates danced and sang as they ousted South African president Thabo Mbeki from the party leadership and installed Jacob Zuma in his place.

Nine months later, almost to the day, that internal revolution has culminated in Mbeki's removal as president of South Africa by the party he has devoted his life to since becoming a member more than half a century ago.

Over those decades, the ANC has gone from a marginalised grouping with its leaders exiled or imprisoned, to the forefront of a popular movement against apartheid, to a negotiator creating a new democratic order, to South Africa's ruling party. And Mbeki's exit is a landmark in its development - the day the organisation asserted itself over the government.

Many in the ANC have great difficulty in differentiating between the party and the state. It insists on calling itself a revolutionary movement rather than a political party, and regards its government ministers and functionaries, with Marxist-Leninist rhetoric, as "deployed cadres", installed in their posts to do its bidding.

Its mindset is in some ways still that of an underground opposition - loyalty to the party is all, debates are held in secret before a consensus view is revealed to the outside world, and public dissent is frowned upon.

At times it shows symptoms of a collective messiah complex, and there will have been little embarrassment about the fact that in a nation of 46 million people, the removal of the elected president has been decided by the 86 members of the party's National Executive Committee.

The ANC's defenders are quick to point out that it was a process that began with voters - albeit a tiny, self-selecting clique - putting crosses on ballot papers in a contested poll overseen by independent observers. Such peaceful changes of power are still all too rare in Africa.

advertisementSuperficial parallels could also be drawn between Mbeki's fall and Margaret Thatcher's defenestration as prime minister by her own party in 1990, but there is a key difference.

Then, Conservative backbenchers were motivated in large part by self-preservation and fear that they would lose their seats in an election fought under her banner.

In South Africa, that democratic element is missing from the equation. The ANC has a virtually guaranteed hold on power for the next election, and probably the two after that, given its key role in ending the racist rule of the past.

The country also has a proportional representation system in which MPs' positions on the party list, determined by the leadership, are the key to their futures.

Zuma would do well to reflect on that following the demise of his bitter foe, which has cleared the way for him to be elected South Africa's next president.

The coalition that made him the most powerful man in the country - and, given its position as the economic powerhouse of Africa, probably the continent - is a fragile one, united largely by its loathing of Mr Mbeki.

On one side he has vocal backers in the trade union federation Cosatu, the South African Communist Party, and the Left-wing firebrands of the ANC Youth League, who have already called for changes in policy to redistribute more of South Africa's wealth.

Some are relatively uncontroversial - increases in social security payments - but others could cause economic turmoil - the SACP still believes in the nationalisation of banks and mines.

On the other side he has figures such as Tokyo Sexwale and Cyril Ramaphosa, senior party figures who became billionaire businessmen after being isolated by Mbeki, and were key speakers at the NEC meeting that dismissed the president.

Zuma has cultivated a populist persona - "Bring me my machine gun" is his favourite rallying cry - that has raised expectations among the ANC's far-Left that he will bring about radical change.

His involvement in corruption scandals, a rape trial in which he was acquitted, and his allies' denunciations of the judiciary have only helped to cement his maverick reputation.

Now, with the presidency virtually guaranteed, he is keen to show he can be a conciliator. He has preached a more moderate message to the business community and to whites.

But his ability to steer a middle course, vital to both the country and the region, will be threatened by those he courted so assiduously and who now feel he owes them.

Nelson Mandela and, initially, Mbeki sought to govern from the centre. Zuma will need all his political acumen if he is to emulate them in the face of an increasingly vocal left-wing.

As events have shown, what the party gives, the party can take away.

And in South Africa, blessed is the name of the party.

BEIRUT BLOG: No One Knows The Body Count