How Black creative students have been struggling during pandemic

Every student has been hit hard by the Covid-19 pandemic and the subsequent lockdowns. From not being able to access study spaces to a lack of face to face teaching, they've been badly affected.

But when you’re a student doing a creative subject in the UK, including art and drama, the struggle of not having access to facilities can be devastating to your progress. Add to this the disadvantage of coming from a Black background, and it can make keeping up with your studies feel impossible.

Black students are already in a disadvantaged position when it comes to higher education. In the UK, they are unlikely to be accepted onto courses at the best faculties, with just 0.5 percent of students in Russell Group universities being Black Caribbean. 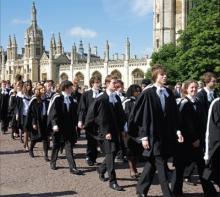 Last year, the top-ranked University of Cambridge celebrated a record number of Black students being accepted, but this was still only a paltry 137 out of the 3,890 enrolled. 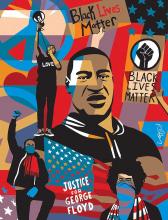 With the worldwide protest movement Black Lives Matter (BLM) resurfacing during the first lockdown in the summer of 2020, African Caribbean creative students were active responding to it on social media and by attending demonstrations during the global pandemic, which took valuable time away from their studies.

Zara Alleyne, 19, a drama student at the Italia Conti Academy, in central London, explained why she felt Black students struggled throughout the lockdown. 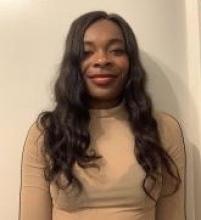 She said: “BLM was really active during the first lockdown and it was just really intense, I don’t think any other race had to deal with just an abundance of all day, every day on social media, looking at different people's experiences of racism. You, yourself remembering things that you had repressed or hadn’t processed as racism in the past. And then there was just having all this free time to just reflect on that. It’s just not the healthiest thing.”

“And on top of that being a student and having work, like how does it happen, it just can’t.”

Black people are more likely to come from lower socio-economic backgrounds, meaning they may not have access to resources that other students do.

The disadvantages that Black students experience have been made worse by the multiple lockdowns. And, as a creative student, there is an even bigger need for face to face teaching. 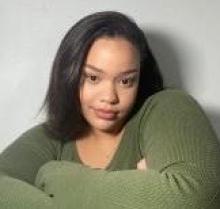 Emma Pantling, 19, studies fine art at Kingston University, London, and explained how her room had become her studio.

She said: “There were multiple effects of the pandemic and the lockdown. Obviously the world was closed, that meant I had no access to film developing and dark rooms. There were limited resources in terms of what I could go out and actually get."

"When ordering online you have to have such a specific knowledge of what you want before seeing it in person, and then it comes you thinking ‘oh, this isn’t what I wanted exactly’.”

“I felt frustrated not at anyone in particular, but at the general situation.”

Zara, who was auditioning for drama schools when the first lockdown was implemented, saw studying during that time as a waste of her potential.

She said: “I was auditioning for drama schools (during the first lockdown) and this was really difficult to do online, so I was struggling quite a bit. It was lucky that I had done one audition just before the stay at home order hit, and that’s the school I got accepted into”

She continued: “It was rough, you have no motivation. In January, going from some face to face teaching in London to going back home and having literally all online lessons, especially for the field of work that we’re doing, it just didn’t make sense. You feel like you’re not progressing. And you’re paying a lot for it, so it just felt like a waste.” 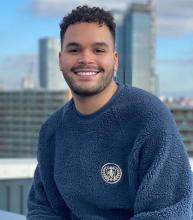 Courtney Wilson, 24, was in his final year studying journalism at Sheffield University, in Yorkshire, when the first lockdown happened in the UK early last year. He wasn’t able to travel home so he had to stay in his university flat while studying for his final exams.

He said: “Mentally, it was really challenging because I didn’t really have any support. I like going to lectures and seminars, that’s how I learn, so to get that taken away from me over-night was a shock.”

“It’s like that saying ‘if you give a fish and a monkey an exam to climb a tree, of course the fish will fail and the monkey will do well’. I felt like the fish in that circumstance.”

Courtney also commented on Black Lives Matter affecting his studies and how he didn’t want to complain about the situation, fearing he would be labeled as the “angry Black kid”. 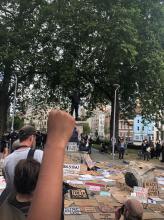 He commented: “It felt like you had the world on your shoulders: one because we’re in a pandemic and two because I had exams. And then I felt the need to go out and protest for basic human rights. It was just one thing on top of another. I don’t think there was enough support for Black students at that time. To log on online and see people saying ‘I’m anti BLM’ was depressing. It's not that we were saying, as Black students, white lives don’t matter.”

*Madeline James is a second year journalism student at the University of Sheffield.

Did the West put deadly Ebola in Africa?