How Nigeria's police used 'shoot to kill' at demo 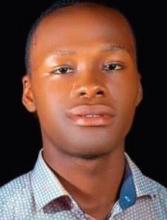 World attention focused on Nigeria after mass Black Lives Matter-type protests erupted against police brutality by the notorious now disbanded special anti-robbery squad, known as SARS.  It was a unit of the Nigerian police with a record of abuses against, especially young people, including extra-judicial murders, kidnappings, torture and beatings.

Nationwide protests started on October 8, 2020, after a video was made public showing police, thought to be SARS officers, shooting and killing a young man in Ughelli, Delta state. This incident sparked off one of the most powerful demonstrations ever led by young Nigerians. The protests spread quickly across the southern part of the country as most states were up in arms about chronic police brutality.

After three days of wide

spread protests, the Nigerian government announced it had dissolved SARS, but many people did not believe the authorities because it was not the first time they had said the despised squad had been got rid of.  As a result, the protest movement widened its demands to include government corruption and misrule in a country plagued by a lack of democracy and accountable politicians. 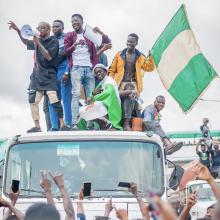 Unrest continued but, claimed the government, “hoodlums and criminals” took over the protests, which became violent in most places in the country. Police stations were burnt, sporadic shootings broke out and people were killed by the police.

Lekki tollgate, on the outskirts of Lagos, Nigeria's largest city, became the epi-centre of the protest, as thousands of angry young people gathered there.  It was peaceful until the Lagos state government decided to impose a curfew, which they said was to stop the violence spreading.

On October 20, the Lagos state government imposed a curfew in the city, which was to start by 4pm but the protesters defied it and stayed at the tollgate loudly chanting: "End SARS."

The curfew was later extended till 9pm by the Lagos state governor Babajide Sanwo-Olu to allow residents to get back to their homes. But still the protesters remained at the tollgate in Lekki. 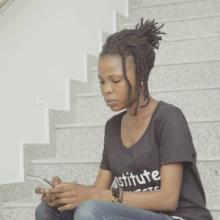 The BBC's Damilola Banjo, reporting live at Lekki tollgate, said at about 6:50pm, Nigerian army soldiers arrived and started shooting sporadically into the air for about 20 minutes. According to Banjo, the protest coordinator asked the protesters to sit on the floor, as an act of non-violent civic protest. They obeyed, despite being angered at the sight of the military.

The shootings kept on for some minutes. It was meant to scare away protesters but this time, they were resolved to fight for their rights.

A young woman, popularly known as DJ Switch, broadcast a livestream video on instagram showing what was happening at Lekki tollgate.

On the video, gunshots could be heard as well as the voice of DJ Switch saying a young man had been shot. The protesters were seen trying to remove the bullet from the victim's leg before DJ Switch's phone battery died and she stopped filming.

Meanwhile, the army denied that live bullets were used at the tollgate. They insisted that only blank bullet were fired.  But video evidence from DJ Switch and a CNN investigation video disputed their claims. 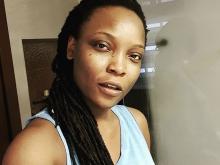 Then, after CNN released their findings in a video, the army finally admitted to its soldiers using live ammunition. They tried to justify this by saying its use was to protect themselves in case hoodlums hijacked the protest.

Unsurprisingly, the Nigerian government backed the military and also condemned DJ Switch’s live video and CNN's investigation as misleading, claiming nobody had been killed at Lekki tollgate. The government said it believed  the demonstration ought to have stopped since it had obeyed the protesters demand by dissolving the SARS squad.

Amnesty International was among a number of organisations that reported deaths from Lekki tollgate, saying about 12 people had been killed. CNN at first reported 38 deaths, while DJ Switch, in a tweet, said 78 people died. But, days later, she went on to say in a video it was a fake account, not hers, that had released the misleading tweet. DJ Switch revised her estimate to say 15 people had been killed while she was videoing on her phone. 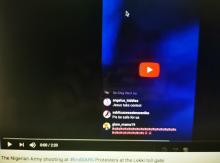 The casualty figures are disputed by both sides. But evidence, especially from DJ Switch's video, which can be viewed here, and CNN investigations, provide damning testimony against the army for having used live and blank bullets on the day of the alleged massacre. DJ Switch's video has proved to be crucial evidence for human rights campaigners who who have condemned what they have described as a massacre.

But there has been no admission by the army or governor Sanwo-Olu, who called for them to be sent in, that a massacre happened at Lekki tollgate. Sanwo-Olu said there were just two deaths and announced that a judicial inquiry had been set up to look into the incident. It has been reported DJ Switch has faced death threats and fled to Canada for her safety.

How Nigeria's police used 'shoot to kill' at demo