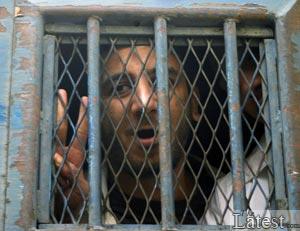 More online journalists than those working in other mediums are currently in prison, a report from the Committee to Protect Journalists (CPJ) has said. According to the CPJ's annual census of jailed journalists, 56 of the 125 media workers (46 per cent) currently imprisoned are bloggers, web reporters or online editors.

This figure has risen steadily since the first imprisonment of an online journalists was recorded in the organisation's 1997 census, a release from the CPJ said.

Print journalists constitute the next largest category - 53 were jailed in 2008, said the survey, which only counted those journalists in prison on December 1 2008, and those imprisoned and released earlier in the year.

"Online journalism has changed the media landscape and the way we communicate with each other," said Joel Simon, CPJ executive director, in the release.

"But the power and influence of this new generation of online journalists has captured the attention of repressive governments around the world, and they have accelerated their counter attack."

China, which the census found to be the worst country for jailing journalists for the tenth year running, has imprisoned 28 journalists this year, with 24 of whom work online.

In October, the CPJ launched the Global Network Initiative, which sets out guidelines for internet and telecoms companies on how to protect freedom of expression and privacy online.

"The image of the solitary blogger working at home in pyjamas may be appealing, but when the knock comes on the door they are alone and vulnerable," added Simon.

"All of us must stand up for their rights - from internet companies to journalists and press freedom groups. The future of journalism is online and we are now in a battle with the enemies of press freedom who are using imprisonment to define the limits of public discourse."

The rise in jailings of online journalists is mirrored by an increase in the imprisonment of freelancers with 45, many of whom work online, currently in prison, the CPJ said.

"These freelancers are not employees of media companies and often do not have the legal resources or political connections that might help them gain their freedom. The number of imprisoned freelancers has risen more than 40 per cent in the last two years, according to CPJ research," the release stated.

Reports on all the journalists counted by the survey can be read on the CPJ website.

Tsvangirai asks 'US to invade Zimbabwe'