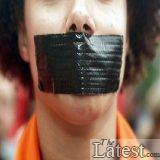 The Committee to Protect Journalists (CPJ) has denounced the long prison term handed down by a Burmese court to blogger Nay Phone Latt, who has been held in detention since his arrest on January 29. CPJ promotes press freedom worldwide and defends the right of journalists to report the news without fear of reprisal.

Nay Phone Latt was sentenced on Monday by a special court established within Ragoon's notorious Insein Prison, where the convicted blogger is scheduled to serve his sentence. The trial was held behind closed doors and the 28-year-old blogger's family members were barred from attending. Among other controversial blog entries, he is alleged to have posted a caricature of military leader Than Shwe.

Aung Thein, Nay Phone Latt's lawyer, was found in contempt of court for complaining of unfair treatment during earlier proceedings and was sentenced to four months in prison. Neither he nor any other defense lawyer was present during the blogger's sentencing, according to news reports.
Nay Phone Latt, a former member of the opposition National League for Democracy, was an influential blogger during the September 2007 popular uprising, known as the Saffron Revolution, which military forces eventually put down by force. The charges against him included possession without official permission of a video of the unrest.

"The 20-year prison sentence handed down to blogger Nay Phone Latt shows how desperate the ruling military junta is to control Burma's voices on the Internet," said Bob Dietz, CPJ's Asia Program Director. "We call upon relevant authorities to repeal this outrageous decision and allow Burma's growing number of Internet-based writers and bloggers freedom to express themselves."

The government appears to be expediting the trials of dissidents imprisoned for involvement in last year's anti-government unrest. Fourteen activists were each given 65-year sentences today for multiple charges, according to international news reports. Other trials are still ongoing.

In March CPJ conducted a research mission to Burma to gauge Internet freedom in the wake of the Saffron Revolution. Burma maintains some of the world's strictest Internet controls, including bans on internationally hosted email providers such as Hotmail and Yahoo. Nonetheless undercover journalists and other Internet users regularly use proxy servers and other tactics to send news to foreign and exile-run news organizations.