Hypocrisy of left liberals over Paris murders by 'Muslims' 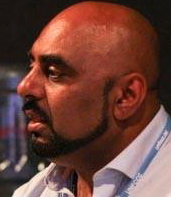 There seems to be two themes that I have heard from progressive friends who have defended the cartoons of the Muslim prophet Mohammed in the French satirical magazine Charlie Hebdo - the first is about the context and the second is about freedom of speech.

Yes it's about context and I am constantly told that we shouldn't find the Hebdo cartoons offensive because we don't understand the French context.

Well how about those with privilege and power understanding the context of most Muslims in saying that using stereotypes and racist imagery, be it by the left or the right, is offensive. It's not satire, it's not clever and no I don't need to be French to be able to comment on them.

And, yes I condemn the reactionary killers of 17 people in Paris. Yes, I can show solidarity with the families of those killed. Yes, I can share the sorrow of those on the left who called the cartoonists comrades. But that doesn't mean I should endorse the cartoons.

In my mind it's a French problem not a context - a context that the French left have largely ignored. The North African community and Muslim community have been marginalised, vilified and ignored by French society. So, the Hebdo magazine is simply a reflection of a wider problem that has poisoned large sections of the French left including the radical left.

It's interesting that many more people were murdered in Syria and Iraq on the say day as the Paris killings. In fact, 2,000 people were slaughtered in Nigeria but this barely got a mention in the western news media.

Read the excellent article by Mehdi Hassan that challenges the glib slogan of the liberals "Je suis Charlie", borrowed from the mass US campaign that sprung up after the killing of  Black teenager Trayvon Martin.

* A version of this first appeared on Facebook. Asad Rahman, previously of the radical community campaigning organisation, Newham Monitoring Project, in London UK, works for Friends of the Earth, but this was written in a personal capacity.