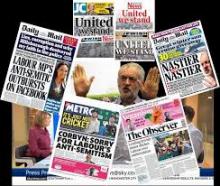 There have been long-running headlines in big media about Labour's antisemitism problem. But mainstream journalists have ignored rampant islamophobia at the heart of Britain's ruling Conservative Party and the lack of action to tackle it.

Polling over the last eight years has uncovered hardening attitudes towards Muslims among Britons but those people who voted Conservative in the 2017 general election are among the most likely to hold anti-Muslim views.

Goldsmith lost the contest. His attempt to take advantage of anti-Muslim sentiments in the capital was unsuccessful and other politicians in the party rushed to condemn the campaign as shameful. A rare few, such as former Conservative candidate Shazia Awan, condemned it as “racist” early on. But the fact that Goldsmith went ahead with this strategy in the first place, with the support of the prime minister's office and several senior officials peddling the same lines, is telling.

Hope not Hate commissioned polls around its various Fear & HOPE reports, which have shown that those people holding Islamophobic views were more likely to vote for Conservative than Labour or Liberal Democrat. One survey revealed more people in Britain than not believe that there are "no go" areas in the country where strict Islamic "sharia law" dominates and non-Muslims cannot enter. A far higher proportion of Conservative voters thought that this was true (47 per cent) than the wider public at large.

A 2018 YouGov survey of more than 10,000 respondents in the UK also showed that when asked if Islam was generally compatible with the British way of life, just under half of the Conservative voters agreed it was a threat, compared to 22 per cent of Labour voters - a dramatic difference.

An earlier poll in April 2018, for the 50th anniversary of Enoch Powell’s infamous "Rivers of Blood" speech showed similar results. Conservative voters were less likely to believe Muslims wanted to integrate, Muslims faced discrimination or that British Muslim leaders were doing enough to stop UK Muslims being radicalised. In fact, when asked about integration, 43 per cent of Conservative voters favoured a ban on religious face coverings compared to 20 per cent of Labour voters.

The attitude of Conservative voters to Muslims has got considerably worse over the last few years, down largely to the influx of voters who had backed UKIP in 2015.

Conservative voters are not the only Britons to see Muslims as a distinct homogenous group, set apart from wider society. The effects of terror attacks and assimilationist rhetoric that distinguishes Muslims as a culturally-distinct outgroup have hardened hostile attitudes among those already predisposed to prejudice in Britain. The events of 9/11 terrorist attack on the US are considered by many to be a pivotal moment that has shaped contemporary attitudes to Muslims, which triggered an enduring rise in associations of Islam and Muslims with violence and extremism internationally. Concerns about the supposed incompatibility of Islam with British values doubled between 2001 and 2006, as controversies about Muslim women wearing a veil and free speech hit the front pages of newspapers across Europe and America.

But the series of incidents casually perpetuating anti-Muslim rhetoric seen across the Conservative Party over the last several years has sent a clear message to voters. When Harrow East Conservative MP Bob Blackman posted an article last year on Facebook titled “Muslim Somali sex gang say raping white British children ‘part of their culture’”, it was not the first time he had shared anti-Muslim posts through social media. He followed this up by inviting Tapan Ghosh, a highly-controversial anti-Muslim Hindu politician from India to parliament last year. Ghosh later went on to meet Stephen Lennon (aka Tommy Robinson) during his UK trip.

The Conservative MP Michael Fabricant tweet ridiculing London's Muslim mayor Sadiq Khan, because he last year opposed a visit to the city by US president Donald Trump, is grotesque racism masquerading as a crap joke. Islamophobia isn’t funny. Fabricant was embarrassed into deleting the tweet. But his party clearly have a problem they need to investigate. 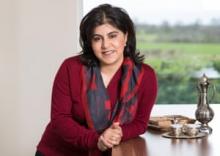 Baroness Sayeeda Warsi, former co-chair of the Conservatives, has long criticised her party’s attitudes towards Muslims and its inaction against perpetrators. After a series of Islamophobic incidents involving councillors, MPs and even Cabinet Ministers, she joined the calls of the MCB.

“I’ve been warning my party of its ‘Muslim problem’ for far too long and a combination of indifference and denial has meant Islamophobia has festered as a racist underbelly within our ranks,” she said, adding: “For too long Islamophobic rhetoric and campaigning has been tolerated within the Conservative Party.”

The litany of casual Islamophobia exhibited by Conservative party members is exemplified by the former Foreign Secretary Boris Johnson, who compared women in burqas to “letter boxes” and “bank robbers” in a Daily Telegraph column he writes.

There were many calls for the Conservative Party to suspend Johnson for his comments, which remain highly insensitive as well as dangerous. In fact, Tell MAMA, an organisation monitoring anti- Muslim hate crimes, said there was a “direct link” between the senior politicians’s comments and a surge in incidents targeting women who wear the face veil.

Conservative Party Muslim Forum chair Mohammed Amin, said, “His words were inflammatory and pander to the far-right narrative that Muslims do not belong in this country. These comments divide our country at a time when we are under so much stress already.”

Some commentators accused Johnson of virtue signalling to garner populist support. In fact, Warsi told Sky News last year he was deliberately making anti-Muslim comments to exploit the “Ukipification” of their party and win the votes of new right-wing members. “I sincerely hope that he doesn’t continue to use Muslim women as a convenient political football to try to increase his poll ratings and to try to increase his profile and his presence on these issues that he knows will be heard.”

The Conservative Party said they would investigate the comments but later let him off.

“The lack of transparency about how many cases have been investigated, how they were investigated and the outcome shows a clear lack of political will to deal with this issue – instead Conservative leaders have chosen to hide behind bureaucracy and process,” points out Sayeeda Warsi.

Several organisations have joined the calls for an independent inquiry into the issue, such as the Muslim Women’s Network UK, British Muslims for Secular Democracy, the Jewish Council For Racial Equality and the Union of Jewish Students, as well as Mohammed Amin.

MCB's media chief  says his organisation has raised concerns over the existence of Islamophobia within sections of the Conservative Party for some time. He comments: “None of our political parties should give safe haven to bigotry. Despite repeated calls for serious action against Islamophobia from Conservatives themselves and a diverse range of Muslims, the party response has been tepid at best. The party risks normalising bigotry towards Muslims and giving the impression that it is institutionally Islamophobic. We hope that this is not the case.”

However up until this point there has been no discernible change.

Meanwhile, there remains a stark political issue here for the Conservatives. Only 11 per cent of Muslim voters chose the party in the 2017 General Election (as opposed to 85 per cent for Labour) and experts say this is unlikely to change while the party remains in denial over the anti-Muslim views of its leaders and members. This also relates to the Conservative party’s shrinking demographic – figures show only 19 per cent of African Caribbean and Asian voters endorsed the Conservatives in the last election – down from 23 per cent in the 2015 General Election.

Unless the Conservatives have chosen to cynically abandon the Muslim vote in upcoming elections to solidify their hold on anti-Muslim supporters, they must stop signalling to voters they find Islamophobia acceptable within its ranks and visibly address the growing problem.