Instruments of death turned into works of art 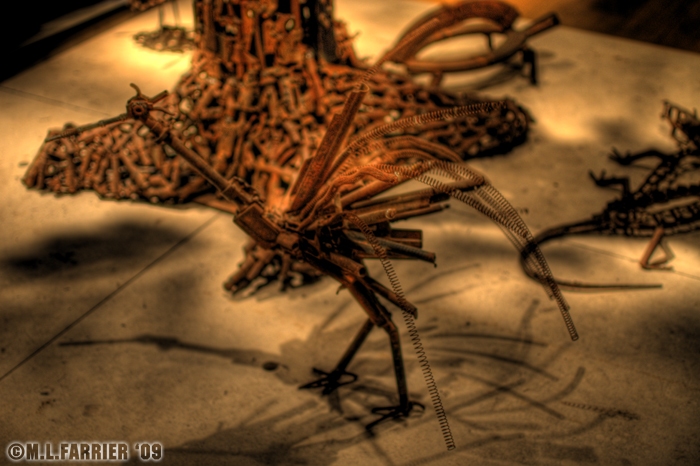 There are said to be millions of guns buried in caches all over the Republic of Mozambique, in south eastern Africa, as result of the country’s bitter 16-year civil war.

When the cease-fire was finally agreed in 1992, United Nations troops were meant to disarm both sides but most weapons remained hidden or buried.

Since 1995, the Christian Council of Mozambique (CCM) has been working to help people exchange weapons of war for tools to earn a living through the Transforming Arms into Tools project. 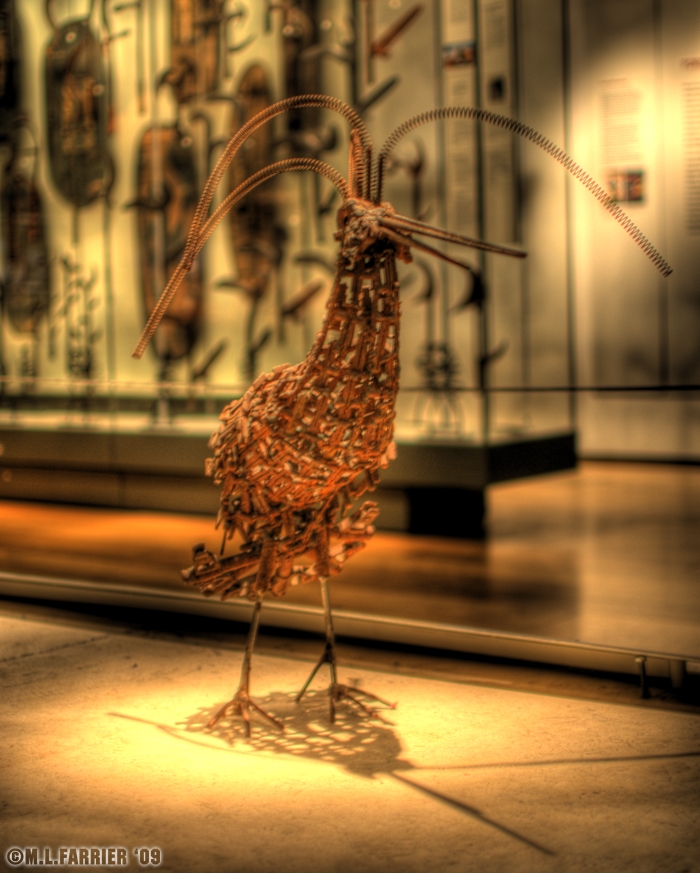 The iniative is an attempt to eliminate the threat presented by the hidden weapons. Mozambicans are encouraged to hand them over in exchange for items like ploughs, bicycles and sewing machines. In one case a whole village gave up its weapons in exchange for a tractor.

The Mozambique government supports the operation. It knows former rebels would not hand in weapons to the authorities for fear of prosecution. 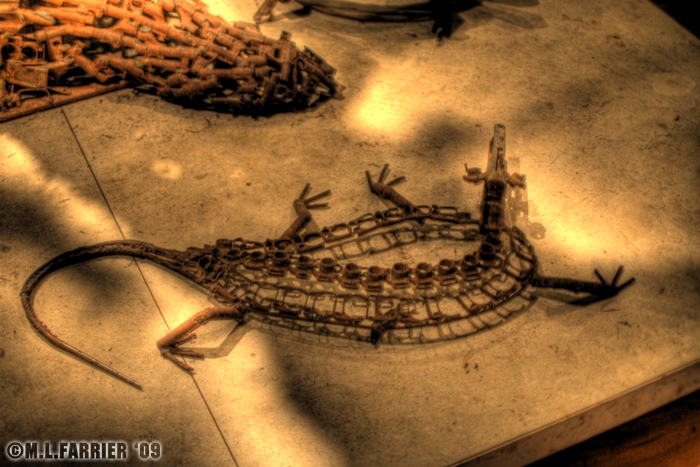 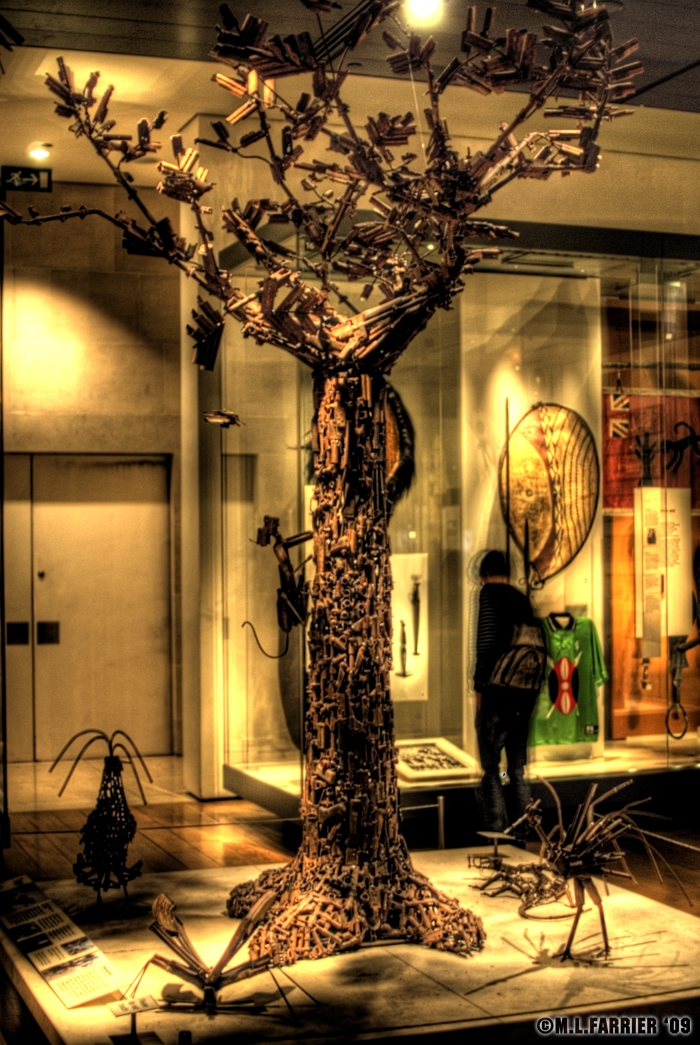 Once the weapons are decommissioned, they are cut up and turned into sculptures by the artists in Maputo. This process has produced the Tree of Life by artists Kester, Hilario Nhatugueja, Fiel dos Santos and Adelino 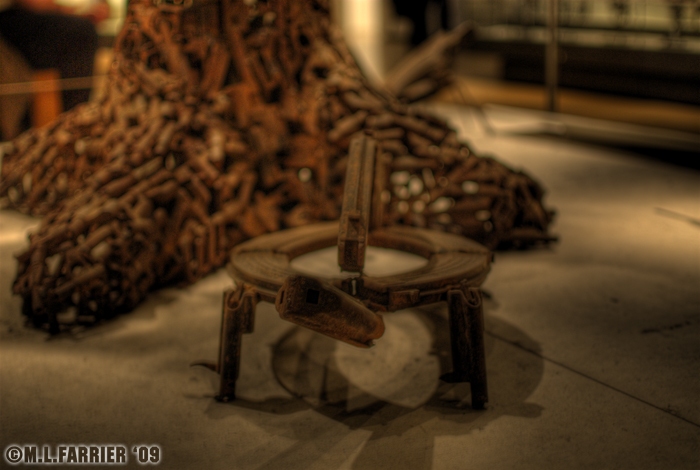 Serafim Maté and the Throne of Weapons.

'No to cut-backs' signs of the times