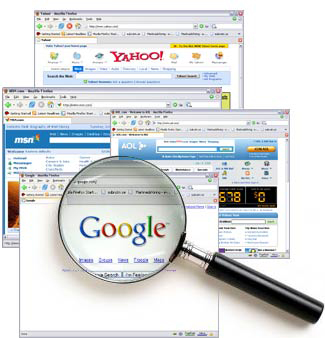 A United Nations report blasts European laws that boot illegal downloaders off the web arguing that internet access has become an essential part of life.

Life, liberty... and the right to download TV series Glee? The United Nations considers them all to be basic rights, according to a new report responding to proposed French and British laws that would punish people convicted of illegally downloading copyrighted music and movies by banning them permanently from the internet.

The report came out on a day when two thirds of Syria's web access was cut off as the country's rulers fight pro-democracy protesters. The authors say all such efforts to disconnect people violate international law, because the internet is a vital tool for promoting justice and equality. Is internet access - and, thus, file-sharing- really a fundamental right?


The internet is not just "a geeky pastime," says Toby Shapshak at South African news website Times Live. It's a part of everyday life, and one that mobilises, informs, and is "the grease of most revolutions." The UN is just recognising that these days people need the internet as surely as they need "access to drinking water, housing, and freedom of speech."

According to Nicholas Jackson at American online journal The Atlantic despots across the Middle East recognised the power of the internet early and "attempted to cut it from their citizens' lives”. He argues that someone has to counter that trend. And the UN isn't alone. Estonia wisely passed a law declaring internet access as a basic human right back in 2000.

At US based video gaming website The Escapist Earnest “Nex” Cavalli is critical of the UN. "Given the limited punitive powers of the UN," this report is "at best a diplomatic tongue lashing" says Cavalli, for governments that try to silence critics by cutting off their internet access. The UN report doesn't trigger any action against those regimes, and does nothing to prevent future internet outages, making it a "relatively toothless defence against totalitarian rulers."