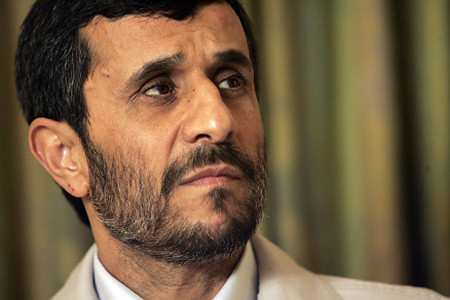 President Mahmoud Ahmadinejad has written to United Nations chief Ban Ki-moon, asking him to launch an investigation into the September 11, 2001 attacks on America.

"The minimum expectation from your excellency is to set up an independent and trusted fact-finding group to comprehensively investigate the real factors behind September 11," Ahmadinejad said the Iranian leader in the text of the letter carried by official news agencies.

They did not say when the letter was sent. The hardliner, who in March dismissed 9/11 as a "big lie," said in the letter that the attacks "were the main pretext for attacks" by the US-dominated North Atlantic Treaty Organisation (NATO) on Afghanistan and Iraq.

Several times Ahmadinejad has questioned the accepted version of the Al-Qaeda strikes on New York and Washington which killed nearly 3,000 people.

In January, he branded September 11 "a suspicious affair" similar to the Holocaust, which he dismissed as a "myth" in 2005, drawing widespread condemnation.

Ahmadinejad's latest remarks come with Iran locked in a standoff with Western powers led by the US over Tehran's controversial nuclear programme, and risking tougher sanctions over its defiance.

In his letter, he also asked Ban to condemn Sunni militant Abdolmalek Rigi and those who backed him.

Rigi, head of the rebel Jundallah (Soldiers of God) group, was captured by Iranian intelligence agents in February. According to officials in Iran, he had lived in Pakistan from where he launched attacks inside the Islamic republic.

"Based on the legal and humane duties of the secretary general, we want outright condemnation of Rigi's crimes and defence of the Iranian nation's rights as a victim of terrorism," Ahmadinejad's letter said.

He demanded "condemnation of NATO backing for this regional terrorist and impeachment of the criminals who backed him".

Iran touted Rigi's arrest as a major success and a blow to America and Britain, and state television showed what it said was Rigi confessing that he had received US backing.

Roll Call of US 'Prisoners of War'