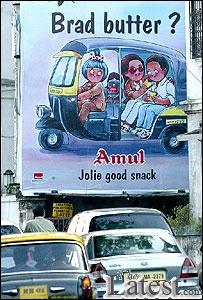 Hinglish - a hybrid of English and south Asian languages, used both in Asia and the UK - now has its own dictionary. Is it really a pukka way to speak?

Are you a "badmash"? And if you had to get somewhere in a hurry, would you make an "airdash"? Maybe you should be at your desk working, instead you're reading this as a "timepass".

These are examples of Hinglish, in which English and the languages of south Asia overlap, with phrases and words borrowed and re-invented.

It's used on the Indian sub-continent, with English words blending with Punjabi, Urdu and Hindi, and also within Britain Asian families to enliven standard English.

A dictionary of the hybrid language has been gathered by Baljinder Mahal, a Derby-based teacher and published this week as The Queen's Hinglish.

"Much of it comes from banter - the exchanges between the British white population and the Asians," she says.

"It's also sometimes a secret language, which is being used by lots of British Asians, but it's never been picked up on."

And in multi-cultural playgrounds, she now hears white pupils using Asian words, such as "kati", meaning "I'm not your friend any more". For the young are linguistic magpies, borrowing from any language, accent or dialect that seems fashionable.

And the dictionary identifies how the ubiquitous "innit" was absorbed into British Asian speech via "haina" - a Hindi tag phrase, stuck on the sentences and meaning "is no?".

It's also the language of globalisation. There are more English-speakers in India than anywhere else in the world - and satellite television, movies and the internet mean that more and more people in the sub-continent are exposed to both standard English and Hinglish.

Balti - bucket or curry? This collision of languages has generated some flavoursome phrases. If you're feeling "glassy" it means you need a drink. And a "timepass" is a way of distracting yourself.

A hooligan is a "badmash" and if you need to bring a meeting forward, you do the opposite of postponing - in Hinglish you can "prepone".

There are also some evocatively archaic phrases - such as "stepney", which in south Asia is used to mean a spare, as in spare wheel, spare mobile or even, "insultingly, it must be said, a mistress," says Ms Mahal.

Its origins aren't in Stepney, east London, but Stepney Street in Llanelli, Wales, where a popular brand of spare tyre was once manufactured

But don't assume that familiar Asian words used in the UK will necessarily translate back. "Balti" will probably be taken to mean bucket in India rather than a type of cooking, as this cuisine owes more to the west Midlands than south Asia.

In south Asia, Hinglish has been given a modern, fashionable spin by its use on music channels and in advertising. And it's appeared in the UK on programmes such as Goodness Gracious Me and the Kumars at Number 42, with a catchphrase about "chuddies" (underpants).

The exporting of words into English has also caught the attention of the south Asian media, with the Times of India reporting: "Brand India has shaken, stirred and otherwise Bangalored the world's consciousness." Yes, "to Bangalore" is another Hinglishism, meaning to send overseas, as in call centres.

The arrival of Hinglish and the influence of Indian words on English are also a reflection of the rise of the Indian sub-continent as an economic power-house.

Language expert David Crystal has described India as having a "unique position in the English-speaking world".

"[It's a] linguistic bridge between the major first-language dialects of the world, such as British and American English, and the major foreign-language varieties, such as those emerging in China and Japan."

But there are much older crossovers between English and the languages of the Indian sub-continent, with many words imported from the soldiers and administrators of the British Raj.

These borrowed words include "pundit", originally meaning a learned man; "shampoo", derived from a word for massage; "pyjamas", meaning a leg garment and "dungarees", originating from the Dungri district of Mumbai.

Even the suburban-sounding "caravan" and "bungalow" - and the funky "bandana" and "bangles" were all taken from Hindi words.

It's not only the south Asian languages that have fused with English to take on a new identity.


Turning out the vote in Spanish and English
There is Spanglish, used in parts of the United States where people shift seamlessly between Spanish and English, and where hybrid words are created - such as a sign "No hangear" meaning "No hanging around."

Advertisers in the Far East use a form of fractured English too, as much for its visual impact as its meaning.

But this pick and mix approach should be embraced not resisted, says Ms Mahal. It's natural and inevitable that languages will adapt and change to whatever is around.

"There might be puritans in any culture who say you can only be the master of one language, and that you shouldn't try to cross two languages. But do we only have one fixed identity? I don't think so, I think we can step in and out of different identities - and we can do the same with languages.

"People might say this is my language, this is way it has always been. Well, it hasn't. Shakespeare's English was different from Chaucer's. The evolution of language is never going to stop."