It's the right time to heal ailing NHS 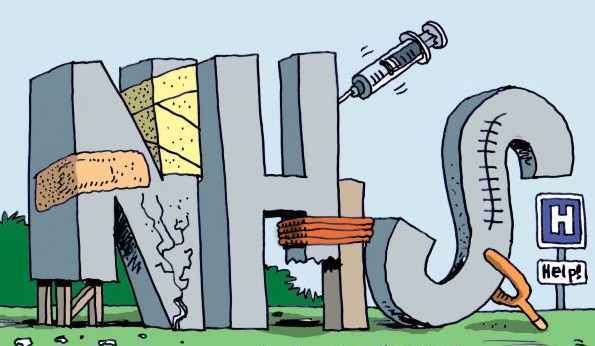 While Americans get used to the idea of a reformed health care system championed by President Barack Obama, in the UK our National Health Service is also in need of an extreme makeover.

Key discussion in the UK about the state of the health service often focuses on the skills and capabilities of health care professionals, particularly in London. NHS figures have revealed that GP (General Practitioner) services in the capital receive the highest number of complaints in the country, and more specifically in boroughs in north London.

Written complaints about GP and dental services in the borough of Islington alone reached 770 in 2008/09 – more than anywhere else per head of population in the UK, accounting for 10 per cent of the London-wide total, according to the NHS Information Centre figures.

Government guidelines state that the sick are to be able to visit a doctor within two working days. Yet, the figures show that only one or two trusts are actually meeting the 48-hour target.

Common complaints are about poor access to GP practice by telephone; not being able to spend enough time with a GP; not feeling as if GPs are taking patients seriously; not being able to see a usual trusted GP rather than the first and different one available each time. Complaints about surgery management are also widespread.

A spokeswoman for NHS Islington said: “NHS Islington is aware of the high number of complaints and we always try to improve the services we provide to residents. We encourage people to give us feedback on both the good and negative aspects of the service they receive.”

Complaints in the capital are also rising each year due to poor patient access to screening for breast cancer, screening for sexual health and lack of choice for patients over where they have their treatment. There is also much dissatisfaction regarding the out-of hours service.

Scandals caused by GPs’ errors are of great concern to health care users. The young woman Nikki Sams, 26, who died of cancer in October last year after her GP failed to notice her symptoms eight times in four years, is one of the several victims whose death can be traced back to a GP.

The forthcoming general election the UK makes this a crucial time to revisit NHS efficiency and prioritise it on the political agenda if we are to expect significant improvements.

Drastic plans to reshape local hospitals have already been proposed in many parts of London. These include the replacement of accident and emergency departments (A&E) and maternity units with big polyclinics, especially in boroughs in north London which are arguably the worst off.

According to Stephen Conroy, the NHS official leading the reconfiguration plans, healthcare in London should provide health services through more specialised hubs rather than through small local outlets.

An NHS spokeswoman pointed out that the capital is short of GPs and a lot of the primary care trusts are too small. The scheme that Conroy defends would require some geographical reshuffling involving GP-run units, maternity units and A&E services. Tony Hoolaghan, Associate Director of Islington’s Transforming Primary Care programme said: “People like many services under one roof. Patients will be able to see a GP, a dentist, a physiotherapist, take a blood test and get lifestyle or breast-feeding support all at once.”

Irrespective of the specific changes that NHS will undergo, Londoners can only agree with the Department of Health’s goal - “NHS2010 - 2015: from good to great. Preventative, people-centred, productive,” and hope it will come true.

*Stuart Peel, 34, a digital producer in Islington and a patient at the Clerkenwell NHS Trust, shares his experience in the attached audio clip.