Jeremy Corbyn is top of the pops despite media attacks

Embattled British Labour leader Jeremy Corbyn can be heartened by three things today. They are the results of two polls and the first annual conference speech by the Lib-Dem’s new chief Tim Farron.

Asked the question “Can Labour win the 2020 election with Jeremy Corbyn as leader”, 81 per cent of Daily Mirror readers voted a resounding “Yes” and just 19 per cent “No”. That figure was the result of 2,000 responses – a larger sample than most national surveys conducted by pollsters.

And an innovative straw poll conducted by a BBC Daily Politics show reporter at the Lib-Dem’s conference saw more delegates put yellow balls in the transparent Corbyn box than the [#PigGate-mired prime minister David] Cameron one by what looked to The-Latest as a 2:1 margin. 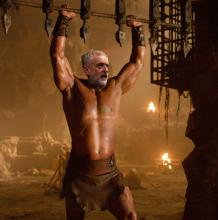 The Mirror’s influential assistant editor, Kevin Maguire, wrote: “After surviving the character assassinations of the past week, Jeremy Corbyn must hope Kelly Clarkson’s right. If what doesn’t kill you makes you stronger, the Labour leader would have the strength of Hercules and wisdom of Solomon.”

Farron made sadly predictable tribal jibes about Labour leaving the electoral playing field and its “fantasy economics” – comments clearly aimed at Corbyn’s leadership as caricatured in the onslaught launched against him by the Murdoch and Mail right wing press.

But Farron’s declaration of war on Cameron’s Tories over housing and refugees – policies that seemed like they’d been stolen from Corbyn – put both leaders in the same camp of populist British radicalism. Farron got a standing ovation for his attack on the government's mean refugee policies.

Bizarrely Farron was at pains to say he supported his predecessor Nick Clegg’s unpopular decision to join a coalition government with the Conservatives, for which voters so severely punished the Lib-Dems at the general election in May. But Farron, who is claimed to be on the left of the party, seemed to heavily hint the Lib-Dems would be returning to their Liberal roots.

After his rousing speech, The-Latest noticed Farron gave the biggest hug to ex-MP and now “Sir” Simon Hughes, a former leader of the Liberal wing of the party.

It’s worth noting Farron voted against the Con-Dem government’s controversial increase in student fees and opposed the invasion of Iraq. A devout Christian, he came out against same sex marriage, but, at the conference, did a “u” turn praising its acceptance, much to the delight of delegates.

* Footnote: Progressive voices in Fleet Street, including foremost pundit Roy Greenslade, an ex-Mirror editor, are concerned at Corbyn's failure to reverse some of the hostility towards him because he "has no media strategy at all". Despite being rebuffed by his jumpy aides so far, The-Latest, which supported Corbyn's leadership bid and whose editor has known him since he was first elected an MP in 1983, will continue to try to get an interview with him.

What do you think of the UK government's handling of the Covid-19 pandemic?
The government is doing a good job
31%
The government has made too many mistakes
29%
I don't know. I feel overwhelmed by the crisis
39%
Total votes: 51