Is John Travolta's sexuality our business? 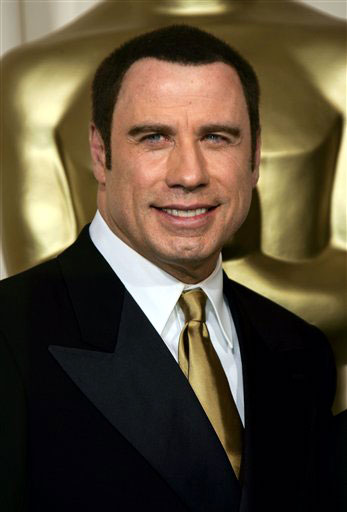 Rashida Jones, daughter of legendary musician and song writer Quincy, is really sorry she asked John Travolta to “come out.”

She regrets speculating on his private life. But with this latest incident of very public whispering, maybe it’s time to get clear on our terminology. When someone brings up the subject of a person’s sexuality, does the phrase “come out” automatically apply?

During an interview last week on Spinning Platters, Jones got to riffing with her Celeste and Jesse Forever show co-star Will McCormack about the celebrity closet. And when McCormack said: “There needs to be, like, a professional athlete that comes out,” Jones responded by saying: “And a movie star! It’s time … Like John Travolta? Come out! Come on. How many masseurs have to come forward? Let’s do this.”

Jones is not the first person to draw conclusions about the actor. Two years ago, actress Carrie Fisher told the Advocate: “My feeling about John has always been that we know and we don’t care. Look, I’m sorry that he’s uncomfortable with it, and that’s all I can say.” And though rumours about Travolta’s sexuality have been simmering since his Welcome Back, Kotter days, they’ve become particularly loud again of late, thanks to a small flurry of men coming forward to say that the actor has made unwanted sexual advances at them. A May lawsuit from a Hollywood masseur claimed that Travolta tried repeatedly to touch him and became verbally abusive when he was rebuffed. 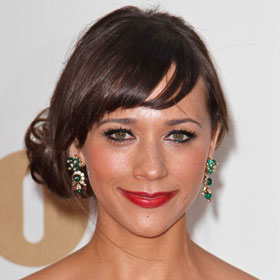 Travolta firmly maintains his heterosexual identity, and claims that the rumours are just the work of attention-seeking pests. Indeed, the masseur’s lawsuit - and another from a different accuser filed soon after - were quickly withdrawn. And so, in light of Travolta’s repeated denials and still exactly zero solid evidence to contradict him, Jones issued an apology, telling her Twitter followers  on Tuesday, “Made a thoughtless comment about John Travolta. I sincerely apologise. Nobody’s personal life is my business.”

But the whispers about a high-profile star’s alleged secret life likely won’t go away. The biggest reason why a big movie star, athlete or politician might not coming out is simple: he doesn’t consider himself gay. One of the more interesting aspects of that May lawsuit was what the plaintiff claimed Travolta told him during their encounter. He alleged in court filings that Travolta said he “got where he is now due to sexual favours he had performed when he was in his ‘Welcome Back, Kotter’ days; and that Hollywood is controlled by homosexual Jewish men who expect favours in return for sexual activity. Defendant went on to say how he had done things in his past that would make most people throw up.”

There’s no way of proving whether that conversation ever truly took place. But it does sound like a believable account of the casting-couch culture of show business - especially one that might have existed for a young, aspiring star in the mid-’70s. A person like that might well not have considered himself gay -might not still, nearly 40 years later. It’s not an uncommon view. Look no further than the treasure trove of anti-gay politicians who have sought gay sex, or Christian wunderkinds who say gays are not “God’s best” while pursuing same-sex encounters. That sure looks like a massive mental disconnect in action - the kind of thinking that insists that what you do is not who you are.

Sexuality and identity are complicated and fluid, and it’s not impossible to feel love and desire in different measures for both genders. But frankly, if being a guy who regularly has sex with other guys doesn’t make you gay, I’m not sure what does. And unfortunately, there sure seem to be a lot of folks out there who don’t see it that way  - because they can’t bear the thought that they might be something they’ve been taught to despise.

Rashida Jones is right that a person’s private life is his own business. But for any man to be leading a double life - to create the public façade of devoted, super-straight family guy while seeking the company of men – speaks to a certain kind of hypocrisy. Mostly it sounds pretty sad, as all deceit ultimately does. Especially if it may be, above all, self-deceit. Because you can’t come out if you don’t believe you’re in.

*Mary Elizabeth Williams is a staff writer for Salon.com and the author of Gimme Shelter: My Three Years Searching for the American Dream. Follow her on Twitter: @embeedub.
Submitted by Newsdesk on Sat, 08/18/2012 - 23:11
Category:
Columns