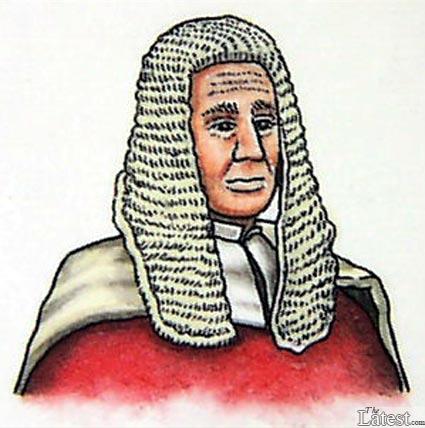 An angry British judge launched an extraordinary broadside against the bungling inefficiency of his own court staff.
His Honour Judge Christopher Mitchell told a hearing at Regents Park's Central London County Court: "I'm just getting fed up with documents going missing in this place. I arrive here between 7 and 7.30am to read papers but I  cannot read papers  if I do not have them. I just wish someone in this building would realise that."
He was hearing a complex Enfield Council case aimed at halting a long-running legal action brought by race relations worker Natasha Sivanandan, 55, who was sacked by the north London authority more than 12 years ago.

The judge's outburst came when Miss Sivanandan, who has trained as a barrister since losing her job, was speaking at the court. He was upset that a vital document was missing from his papers. Miss Sivanandan took the judge's harsh words personally and was reduced to tears. The hearing had to be adjourned for several minutes while Miss Sivanandan composed herself.
Before he left the court, the judge quipped: "I will go and commiserate with Judge Collender who I know has the same complaints about this court as me."
On his return, His Honour Judge Mitchell apologised to Miss Sivanandan. He said: "My ire was aimed at the court and not you. Part of the frustration of sitting at this court is that papers are not where they are supposed to be."
Enfield's lawyer Chris Quinn said: "Central London County Court has some notoriety when it comes to getting the appropriate papers to the judge."
Sivanandan has taken Enfield to employment tribunal, the employment appeals tribunal, county court, and the court of appeal in pursuit of her claim for unfair dismissal on grounds of race discrimination. Each time she has lost. She has also reported the council to  the district auditor because she claims that  it is guilty of misusing public funds. Enfield, which has run up a legal bill of more than  £100,000 fighting the case, has refused to launch an investigation into the conduct of the senior officials involved.
The council is seeking a ruling to prevent Miss Sivanandan continuing with her legal action.
Submitted by Editor on Thu, 01/15/2009 - 15:34
Category:
General News