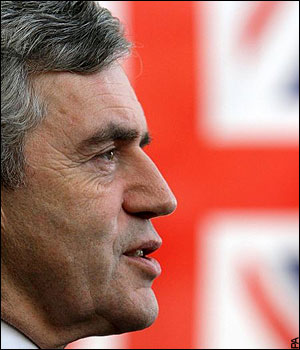 Labour has strengthened support among its traditional voter base of low-income families and blue-collar workers over the last month, according to a survey released this week.

The poll suggests that low earners - who make up 14 million of the electorate - may hold the key to the coming general election, as their allegiance appears more volatile than that of people on benefits or higher-income households.

Among households with an income between £11,600 and £27,000, support for Gordon Brown's party increased by 11 points to 37 % the poll for the Resolution Foundation think-tank found.

Conservatives maintained their lead among this group of voters with 40% support (up two points), but there was a marked shift away from Liberal Democrats (down eight points on 12 %) and smaller parties (down five to 11 per cent), indicating possible concern about the implications of a hung Parliament.

Among households with an income of less than £11,600 - largely pensioners and benefit claimants - Labour was up one point on 40%, against 34% for Tories (down two) and 14% for Liberal Democrats (down eight).

Sophia Parker, acting director of the Resolution Foundation, said: "Our polling shows that low earners' votes really are still up for grabs.

"We have today written to all three political parties with a memorandum for the next government, showing what needs to be done to win over low-earners. The party that speaks their language and focuses on enabling low earners to maintain their economic independence during the spending squeeze to come will be on the right track."

The think-tank's memorandum called for a recovery that is "fair for all"; a focus on building financial health; a housing policy that is realistic for all; an inclusive industrial strategy; and a welfare system that reflects modern life.

In focus groups held by the foundation, low earners said they felt "alienated and ignored" by politicians, said the think-tank.

"Most feel they have lost out in recent years, squeezed on the one hand by people living on benefits who are perceived to have an easier life, and on the other by wealthier households who have enjoyed a strong economy without being hit as hard by the downsides of higher inflation and more expensive food, fuel and housing.

"These are families who may not be the poorest in society, and they are not in crisis. Nevertheless their economic independence is fragile and they are living at the very edge of their means.

"For example, at the end of 2009, half a million low-earner households said they were having difficulty keeping up with bills and credit commitments because of a fall in their income associated with reduced working hours.

"Historically the group have tended to be more likely than the population in general not to vote at all, or to vote for minority parties. However this trend appears to be changing as the general election approaches."