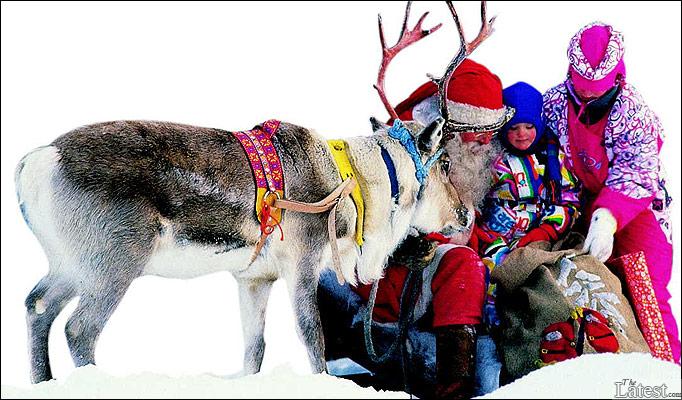 After landing at Rovaniemi airport, Lapland, in sport shoes and with suitcases lost somewhere between Copenhagen and Helsinki, at a temperature of -4C °, my family and I, started to think that we would experience the same disappointment as the visitors to the discredited Lapland theme park in Dorset, England.

But, after spending two minutes at the real thing in Finland, we could sense the real magic of this fascinating, northern country. Everything was peaceful and covered by 10 centimetres of snow as we were driving in the night to our chalet through the forest.

Rovaniemi, the capital of Lapland, was formed by the unification of small towns and nearby villages scarcely dispersed over a huge territory of more than eight thousand square kilometres, forming Europe's largest town by land area.

That's why, if you leave the city, you see nothing except occasional small chalets hidden behind trees and decorated with Christmas lights. In the morning, to experience Christmas magic we 've been to Joulukka, the country's famous elf's village. 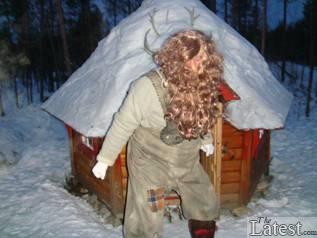 We were welcomed by two elves who introduced us to Tumpi, the troll, left, an enormous creature - 2m high with a red pointy nose, long dark hair and an impressive tail, which brought us to the Troll school. There he explained us how to behave in case of a grumpy morning: hug yourself, do a little bit of exercising and scream out loud.

My brother, Yvan-Angelo, seven, said:  "I will definitely do the screaming part every morning." He also told us that in order to become a troll you'll only have to go to school for one year, but it's much harder to become an elf.

Indeed in that case you'll need to study for 99 years, but the good thing about it is that you can start studying at any age.Then the elves showed us where they live and let us caress real reindeer. We were lucky enough to try the elves favourite hot drink made of strawberry and cranberry. 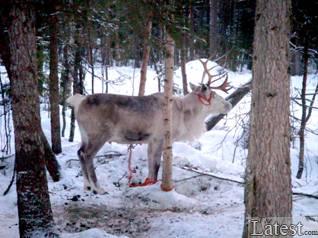 Yvan-Angelo said:  "I especially liked the reindeers, they were really cute, I even fed them. The elves were really kind and I hope that they will tell Santa that I've been a good boy throughout the year."
He added:  "I hope that we can come back and visit the elves next year."

The other members of the family were mostly amazed by the Christmas decorations and by the landscape.

Grandmother Julia Rodionova, 70, said:  "The landscapes in this country are truly amazing, everything is white and seems very peaceful. It's good to be in a place where you don't see men's presence that much."

In the evening we had the chance to do a moonlight safari on snowmobiles and have a look on the polar sky full of stars. Riding at 35 km/h trough the forest on a track especially made for this activity we stopped and laid in the snow to have a glance at the stars.

As the sky was clear we could even perceive the northern lights as well as the polar star. After seeing the northern lights, Svetlana Rodionova, 48, my mother, said:  "I never thought that I'll see those lights in my life, it was simply incredible."

When we got back to our chalet thinking it truly was an enchanting place, we saw that our suitcases with our winter clothes and most importantly - our boots had finally arrived. At that moment we realised that the day couldn't be more magical, there was no doubt that we were in Lapland.