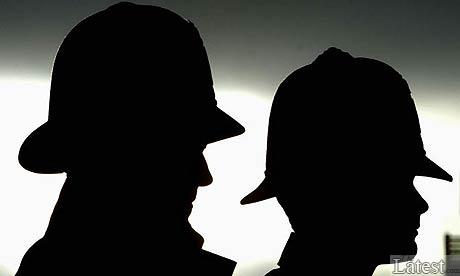 Britain's top police force has done a "U" turn following pressure from The-Latest and announced that it will after all be investigating rogue officers who wrote deeply offensive blogs about protesters on the G20 London demonstration. One blogger boasted of   "the unwashed getting a good kicking" after   it was known that bystander Ian Tomlinson had died.

In a statement today, Scotland Yard, the Met police headquarters, issued a statement to us which said: "As you will appreciate officers are dealing with the issue and are trying to establish whether the officer (if indeed it is an officer) works for the MPS (Metropolitan Police Service) or another constabulary. We have your details and will get back to you with any update."

Yet, on Friday when sent the damning evidence by The-Latest, Scotland Yard stonewalled. They sent us a generalised, wholly inadequate statement merely setting out force policy opposing offensive material put on the internet by MPS staff.

After that, our story was followed up by among others the Observer, who even copied our headline, the Daily Mail, the Standard and the London Paper.

Police who were on duty during the G20 protests in London on April 1, where scores of people were injured by riot officers, have been scathing in their blogs   about campaigners on the day.

These crass comments come in the wake of the tragic death of Ian Tomlinson who suffered a heart attack shortly after being violently man-handled by police near the scene of demonstrations as revealed by shocking video footage obtained by the Guardian newspaper and reported on The-Latest.

Under his blogging name Disgruntled, a serving officer wants readers to note that his blog has been "officially declared" as not representing force policy, not being very nice to senior officers and being an honest account of a copper at the sharp end". Writing about events at the G20 day of protests under the heading "G20 and all that..." on Thursday, April 2, he said of protesters that they were: "the unwashed getting a good kicking".

Similar vile comment was carried on the Policeman's Blog.

Meanwhile, a woman police officer on PC ee Blogs has stuck up two fingers at police commissioner Sir Paul Stephenson's pledge that he will root out the rogue blogger with a seven-point plan for them to avoid detection.

EYEWITNESS ACCOUNT: It's War on the streets of Mumbai