Holland and Barrett, the UK’s largest health food retailer has joined the pernicious trade in skin whitening products, selling a new face and body cream that promises to “inhibit melanin production” and “lighten the skins appearance” albeit with natural, organic ingredients.

The popular health brand has over 600 stores in the UK which also specialise in vitamins, minerals and herbal supplements. Holland and Barrett shops can be found in South Africa, Singapore and Malta.

So it is astounding that this well known retailer that cites an overwhelming commitment to enhancing the well being of its customers should engage in front of shelf promotion of the skin whitening practice which is a continuing blight on African, Caribbean and Asian communities.

Their Organic Royal Jelly Skin Whitening Cream priced at a not inconsiderable figure of £9.79 is part of the Dr.Organic – “We have nothing to hide – do you?” range of skincare and body products which is apparently free from harsh chemicals and not tested on animals. 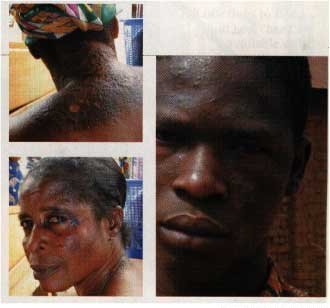 The controversial and highly publicised issue of skin whitening and its damaging effects on the mental and physical state of its abusers cannot have escaped the higher echelons at Holland and Barrett or their new business partner Dr.Organic. Therefore their exploitation of a vulnerable customer base of Black and Asian women must be assumed to be cynical and deliberate in order to make a quick profit.

Skin whitening or lightening is often closely linked to an individual’s poor self image, feelings of racial inferiority and the debasing effects of slavery and colonialism. 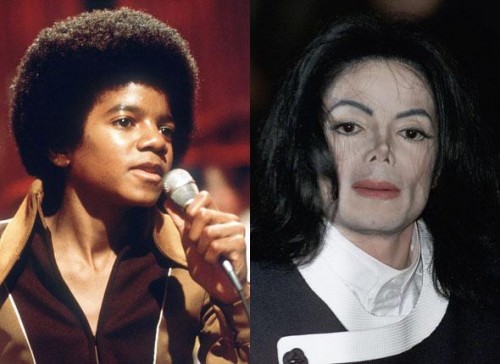 Black and Asian women who have desperately sought a more “European look” have in the past used creams containing four per cent hydroquinone, a harsh bleaching agent and the steroid cortisone. Broadly condemned by the medical profession, these "beauty" preparations cause severe and sometimes irreversible skin mutations, hyper-pigmentation, Cushings syndrome - which shows itself as a large growth at the back of the neck - and ultimately skin cancer.

In the UK, cosmetic creams or treatments containing hydroquinone have been banned by law since 2001 and it is illegal to supply, offer to supply or possess to supply this type of goods. This hasn’t been sufficient however to stop the illicit trade in these products by unscrupulous store owners.

Hair and beauty shops in busy Rye Lane, Peckham, South London, UK, home to a vibrant largely West African and Caribbean community, have been at the centre of Southwark Council’s Trading Standards Office investigations into the sale of the outlawed merchandise revealed in The-Latest's first report on this matter in 2006.

And firmly embedded in Peckham is a branch of Holland and Barrett where business is bustling and the Organic Royal Jelly Skin Whitening Cream is brazenly part of a “buy one get one half-price" offer.

The-Latest asked Peckham branch manager Ahmed Khan to comment on the sale of the skin whitening product in Holland and Barrett stores. He said: “The product is for cleansing. It is legal and complies with British and European Union regulations. We sell the product in 600 stores. I have the cream myself at home to get rid of spots on my face. It’s not a bleaching agent. All sorts of customers buy it; Black and white.”

Repeated attempts to contact the press office at Holland and Barrett to obtain a statement from their head office about this story had been unsuccessful until today (Tuesday 8 February). Oddly, they use a Public Relations firm Pegasus PR Ltd for such enquiries.

Hannah Nicholson from Pegasus PR Ltd said: "The Dr. Organic product does not contain bleaching agents and is not intended or targeted for any particular demographic."

And Michael Lightowlers, Marketing Director at Dr.Organics Ltd issued the following statement to The-Latest: "The Dr.Organic Skin Whitening Cream was developed due to a demand for a product which helps to lighten age spots, freckles and hyperpigmented skin on the face and body.

The core ingredient is a natural extract called Ascophyllum nodosum, trademarked as Algowhite, which is a brown algae. It has proven skin whitening attributes especially for use on age spots, liver spots, freckles, sun damaged skin, scars, blemishes, dark elbows and knees as well as general skin brightening. The rest of the formula helps to condition, protect and moisturise the skin. We do not use harsh bleaching agents.”

The fact that a leading retailer like Holland and Barrett has expanded into the market of skin whitening which feeds on the confusion and self-loathing felt by many Black and Asian women is shocking and worthy of condemnation. By promoting and selling a skin whitening cream Holland and Barrett are conferring on the practice of skin whitening a measure of undeserved respectability. It is sending out a message that says there is something wrong with being a person of colour and that is wholly unacceptable regardless of the “organic” or “natural” substances used in the manufacture of their product.

Wow what a turn-off

How Barack Obama and Malcolm X shone in Africa

I have to say that I think your article has an extremely biased view on the negatives of the product, and not for the benefits. It's the equivalent of saying "laxatives are bad because people can misuse them to aid bulimia"...what about the reason they were designed?</p><p>I personally have melasma (also known as pregnancy mask) I am extremely white skinned naturally but the whole of my upper lip has gone really dark brown through a pigment problem....a problem which severely affects my day-to-day confidence and well being. This product is a godsend....an inexpensive light at the end of what was a dark tunnel.</p><p>If people choose to misuse the product to lighten skin, surely the fault is with themselves and society, not with shops like Holland and Barrett, who just want to sell products to help people like me!

Disguised as a review of a product, this article is nothing more than a biased point of view...was it paid for by the product's competition or something? Of course anything that is harsh enough to turn black people "white" is bad...in oh so many ways! But come on!!...a natural whitening product that will slightely lessens the pigmentation on spots and scars over a long period of time...?!?! belive me, if I was the PR on that company I would've just laughed at any "reporter" trying to make a case of this and wouldn't even dignify it with an answer...did you really believe that this was worth publishing?</p><p>I am not trying to make light of any of the many self image problems that people face, but to put the blame for this on these kinds of products is just ridiculous. I do have acne scars, and my confidence sometimes suffers from them, so I have been trying this product...so far I have not noticed the bleach effect that this article puts such emphasis on. But I have noticed that my skin is moisturized and very soft. Maybe it is a problem with the product labelling?