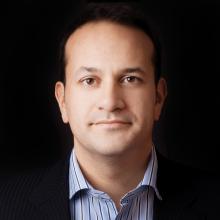 Ireland’s newly elected Prime Minister Leo Varadkar is a gay person of colour, the son of an Indian immigrant father. His politics might sadly not be that different to what’s gone before, but he is already being seen as an emblem  of a new Ireland.

It’s two years now since Ireland voted by more than 60 percent to accept marriage equality. However, a much bigger change has been the ethnic changes in the country since the end of the 1990s.

I grew up in a Dublin that was dirty, smoggy and run down, marred by high unemployment and drug addiction. Temple Bar was a warren of alleyways and tiny little shops. And it was almost exclusively pale skinned.

Not totally, my optician was married to a woman from Jamaica and they had kids. However, ethnic diversity in Dublin was pretty much statistically irrelevant and that was even more true in the rest of Ireland.

In the 1980s, many Irish – particularly working class Dubliners – identified with the sentiment expressed in the 1991 musical drama The Commitments, that we were the “Blacks of Europe” – a heavily indebted post-colonial country producing thousands of migrants who were often treated as badly in their destination countries as other migrants.

I remember the news reports of the way Irish people were treated in Britain during the Troubles – the Guildford Four, the Birmingham Six, people being harassed in airports. On and on it went.

That all changed in the years up to 1998. The Troubles were ending, Ireland suddenly had a booming economy, net migration had been turning positive over a few years as emigrants returned home. 1998 saw the biggest change as Ireland suddenly found itself receiving hundreds of asylum claims – mainly from Nigeria and Romania. 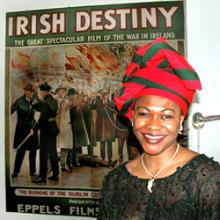 For the Nigerians in particular, Irish priests had told them for years how great Catholic Ireland was. Now Ireland had an economy that could support newcomers. The Chinese community came next, followed by huge numbers of Polish and other Eastern Europeans after 2004.

Irish people adapted to having money and being treated as equals on the world stage. It was Champagne all round. Temple Bar was cobbled and turned into a tourism hub. Ireland was a country with a growing economy that somewhat masked how the government was mismanaging a changing population.

Asylum seekers weren’t allowed to work and the government paid landlords by the bed to set up hostels. I was living in Phibsboro and there was an asylum hostel a few doors down with a ridiculous number of people living there. The owners had filled the building with bunk beds. Within a few years, the landlord had made so much money that they bought the house next door and expanded the hostel.

This meant that the cost of dealing with asylum seekers was unnecessarily high and large numbers were concentrated in particular areas. Yet, when I did anti-racist door-to-door leafleting in Phibsboro 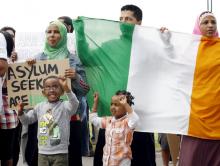 in 2000, the response of the local community was exclusively positive – recognising that all the problems with the asylum system were the fault of the government, not the asylum seekers.

In the year 2000/2001, as Ireland was preparing to take a seat on the United Nations Security Council, the Irish government was urged by other former colonies to take a leading role on their behalf – tyin

g into the politics of the time and the creation of the G77 alternative to the G7/8. Sadly, world politics changed again in September 2001 and, even if the government of the day was willing, it never happened.

Instead, Ireland aligned with the US war effort, allowing US war-planes to use Shannon Airport for the Afghanistan and Iraq wars.

In 2004, the government put a deeply controversial referendum to the Irish people – to deny some born in Ireland citizenship – which saw a horrible campaign imagining pregnant Nigerian women getting on planes to Ireland so they could give birth to an Irish citizen. Sadly, the referendum passed with a huge majority – the Irish population wasn’t ready to come to terms with an increasingly multicultural society.

Since 2008, though, things have changed again. The economic boom ended – unemployment came back, as did emigration. In the last year, Brexit and the decline in the value of the UK pound has already caused damage to the Irish economy and is very likely to cause more.

The children of the new arrivals from the start of the millennium are reaching adulthood. As they assert their Irish identity, Irish society will be forced to recognise that things have utterly changed.

Improved hate crime legislation would be a start that Leo Varadkar’s government could enact very quickly so that he’s becomes more than just a representation of the new Ireland, but makes real difference for the better in a changed country.

*Donnacha DeLong is a journalist and former president of the National Union of Journalists (2011-2012). He is currently a member of the union's National Executive Committee. Follow him on Twitter @donnachadelong.