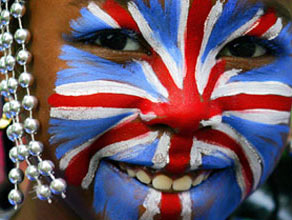 This article supports the enduring capacity for cultural self-renewal of Black British communities, especially at times of disaster.

Every thought-provoking topic weaves the immediate desperate present with its recent history and its must-be-planned future. They are: Explore Black culture and identity in the citadel of urbanism, Link the talents of parents, elders and youth, Affirm Black Culture’s link between tradition and modernity, Transform intellectuals, artists and writers into vanguard activists for Black people, Mobilise new cultural policy leaders, Cyber organise for culture and development and Commit to a positive future.

Black Britons are probably the most written about, vilified and least understood community in the nation. Hence, UNESCO’s International Year for People of African Descent 2011 should bolster their spirits and resolve.

Importantly, there has never been a better moment to plan longer-term planned cultural action. Why not make 2010 to 2020 the Decade for Black British Culture and Development?  Here are eight action points for what could be the most dramatic reshaping of urban Black culture since the 1960s.

Explore Black culture and identity in the citadel of urbanism

By far the biggest imperative will be to confirm the true facts about the geography, life, labour and aspirations of the African Diaspora in Britain. Black Culture has its strongest roots in London. That’s where the majority of Black Britons of African and Caribbean heritage reside. Crucially, Black London is the cultural and intellectual hub of Black heritage.

The Decade’s organisers must make it clear that living in the city is a constant struggle against the forces that want to tame Black people and stifle their culture. However, from the struggle flows the progressive potential Black life to compete in the urban arena of power, institutions and politics/economic.

Link the talents of parents, elders and youth.

Joint cultural-political activists will release a potent blend of immigrant aspirations and youth revolt. Much is at stake; memories lost are not easily regained. Projects will highlight the founding talents, faiths, protest and self-help mutual aid groups of “those who came before us”.

Youth must place their creative energies at the service of their parents and elders. This means learning to communicate across generations. “When a book is lost, it can be replaced but when an elder dies, an entire library disappears”, goes a familiar African saying.

On the one hand, they must gain insights from the rich cultural past of hard working newcomers, immigrants and citizens alike. On the other, they will trigger their appreciation of hidden arts: old photographs, clothes and fashion styles, music, dances, letters, poems and hymns. In this way, they will honour those who spawned, along with life itself, the economic basis for Black survival. Together they will weave “the threads in the fabric of our continuity”, as Wole Soyinka has said.

The Decade’s actions are seen as a way of exploring the past to secure the future. Participants will discover the cultural tools of passive resistance, praise-songs and prophecy that lit the survival fires during the African Holocaust.  Furthermore, Black archivists must reveal the Africanisation of Britain. Evidence shows that Black culture's DNA unfolds from Septimus Severus, the commander of Roman Britain, to the post-World War II Windrush generation’s children.

Reclaiming the arts and artefacts of the past is yet another key action point in the Decade. Cultural activists will pursue their mission to gain command or control over "one's own cultural heritage". They will unlock the vaults of the great London collections that are stuffed with the jewels of Black culture. Among them are Ghana's Asante Golden Stool, Nigeria's Benin bronze figures, Mali's masks and sculptures, and Ethiopia's statue, Lion of Judah. This is a crucial step toward cultural ownership, affirmation and justice.

There is no room for naivety about the Decade’s intellectual challenges. Black academics, writers and community educators have to define key issues shaping the crisis of Black culture. These include improving the State of Black Britain, planning the Black Agenda, and drawing on the energies of middle-income professionals and parliamentarians.

What makes this an appealing prospect is the chance to create new institutions from a range of initiatives:

Why is forward planning the Decade of utmost importance?  Major challenges will emerge. The Decade’s results could work for Black Britons. The consequences of inaction are pernicious.

Partisans must recall the strong voices that exposed the pseudo-experts on Black culture. Professor Paul Gilroy fired warning shots with his The Empire Strikes Back - Race and Racism in '70s Britain and There Ain't No Black In the Union Jack: The Cultural Politics of Race and Nation.  The prominent cultural theorist Professor Stuart Hall put Black-white contact, conflict and change into the Open University curricula.

Campaigners must mobilise the latent powers Black-led voluntary, fraternal and faith organisations. Planning decisions to combat racial disparities in cultural power and finance will almost certainly have to include lawyers and solicitors, architects and sociologists.

Equally challenging will be forging links to homeland cultures and opportunities. African West Indian and Latin American governments should be urged to declare an interest in the cultural affairs and problems of their overseas communities. They can affirm that Black Britons belong to their extended family of the African Diaspora.

Cyber-organise for culture and development

Culture is the Black community’s software to make sense of the raw megabytes of Black experience. Implementing this theme is the task of the newly emerging cyber-cultural warriors. They include:

Commit to forging a positive future

None of us can afford to sit out the UNESCO International Year for People of African Descent 2011. It will raise crucially important issues to carry forward to the 2010 to 2020 Decade for Black British Culture and Development. As a result, Black communities will realise that what is really at stake is their own status in Britain.

Working together a new cultural vanguard will establish some elemental truths. Black History can be re-discovered and saved from oblivion. Black Culture and identity can be revitalised. A new Black Agenda can be constructed. Full enjoyment of cultural, economic, social, civil and political rights for Black people in British society is the ultimate goal.

This is the ninth of ten instalments in his Black History Month 2009-10 series on the crisis of Black urbanism. It is hailed as essential reading for anyone who wants to chart the present failures and future prospects in the State of Black Britain. Editorial assistance from the editors of http://www.the-latest.com is gratefully acknowledged.