Here he explains why he is opposed to the new coalition between the Conservative party and the Lib Dems and has  resigned his membership of the Liberal Democrats. 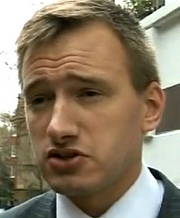 Two privately educated white male millionaires stepped through the door of Downing Street this morning to usher in an era of new politics – if that’s new politics, I preferred the old style. There will be many who say that policies are all that are relevant, and not the privileged life of the leaders outside of politics. I strongly believe there are millions of people in this country who don’t accept that, and who are more alienated from their political masters today than they were a week ago.

I don’t accept that the Conservative party has changed – when Margaret Thatcher led this country the Conservatives were  guided by a  political philosophy which revered markets, was ideologically committed to cutting state support for the vulnerable, and who passed many of our public services into the hands of multinational corporate interests. When I look at the Conservative benches I see many of the triumphant faces from that era still resting on green leather.

Finally, I fear for the party. Twenty Lib Dem ministers with 20 Parliamentary Private Secretaries – up to two thirds of the parliamentary party bound by collective responsibility and now unable to fight with full voice for their constituencies, and their beliefs. I myself know 10 voters who switched from Labour to the Liberal Democrats who will never vote for us again – there are countless thousands more. The long term viability of liberalism in government has been placed in jeopardy for the sake of playing the junior partner for the next five years.

Why should anyone care? You shouldn’t. The vast majority of Liberal Democrat members and activists, according to a poll by Lib Dem Voice, backed the coalition. At best I am one of 10 per cent of the party membership (which apparently doubled over the course of the election) who strongly disagree with the course of action the party has taken.

After a mere eight years as a member, and with no fingers severed by letter boxes, there will be many in the party who will say I haven’t yet earned a right to an opinion!

This is a personal conclusion that the party I have previously campaigned for no longer represent my politics – the rapid abandonment of the higher education fees policy is a particularly painful example of that. In the time honoured tradition of breakups, I say to Liberal Democrats it’s me, not you. To throw in another cliché for good measure, I go in sadness not in anger.

So… Why do it publicly? For no other reason than by the time I’d explained the above to the fourth person in my office, I realised I was getting sick of the sound of my own voice –  it’s easier to put it here and let those who care (who are very small in number!) read it at their leisure.

I am proud to have many friends who are Liberal Democrat party members and activists, and I hope we’ll stay friends. I wish the party well, and don’t envisage joining any political party in the forseeable future.

It's the right time to heal ailing NHS