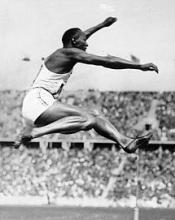 British studios have at last joined Hollywood in making films about real life Black heroes – even though the person they have plucked from history for the movie Race is an American.

It stars Canadian Stephan James, who plays legendary athlete Jesse Owens. The story of how Owens overcame racism in the US and Nazi Germany to win four gold medals at the 1936 Berlin Olympics is so potent one wonders why the movie was not made ages ago.

James Cleveland “Jesse” Owens, the son of a sharecropper and grandson of a slave, grew up in an America gripped by the Great Depression and racial segregation. Despite coming from a poor background, he managed to get enough money working in part-time jobs to go to Ohio State University.

The film captures the touching moment he left home and his mother gave him a new jacket he was concerned she could not afford.

At university, Owens and fellow Black athletes had to battle redneck bigotry. A scene showed them being barred from using the same shower as white students and goaded with racist insults. 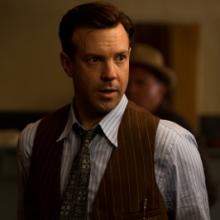 But there was a white saviour round the corner; tough coach Larry Snyder (Jason Sudeikis) who, at their first meeting, told amazingly gifted Owens he didn’t like naturally talented athletes because they thought they didn’t have to work hard.

Owens disputed the claim by telling Snyder: “I was picking 100lbs of cotton as a six year old.”

Looking through Owens’ file and seeing his impressive list of sprint and long jump records, Snyder, a very good athlete himself, gave a flavour of his no nonsense approach when he told Owens that they “don’t mean shit”. All that mattered was “winning gold medals”.

In the film, Owens’ athletics career was set against a backdrop of political intrigue that posed dilemmas for him. 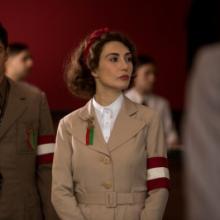 There was a wrangle over whether or not America should boycott Hitler’s 1936 showcase Olympic Games at a time when his Nazis were oppressing Jews and other non-Aryans, including Black people.

A Black politician representative of the National Association for the Advancement of Coloured People (NAACP) went to the Owens household to try to get Jesse to support a boycott. He said forcefully: “Jesse, you have a chance to strike a powerful blow. Under the Hitler regime we must not go to these Olympic Games, to show our solidarity with the oppressed people of Germany.”

At a press conference in America, a Black journalist (I doubt there were many at the time allowed at such events) asked the poignant question of Owens: “How can you justify competing in Germany when there is so much discrimination at home?”

Jesse grappled with his conscience. His father said he should not miss the once in a lifetime opportunity.

While coach Snyder piled on the pressure saying he should go. In an emotionally charged scene, Sneider grabbed Owens’ collar and shouted: “You get a chance to be a part of history and you are gonna walk away from it?” Owens replied: “I’ve got people looking at me for an example.”

Sneider yelled: “I don’t care about any of that.” Owens hit back: “You are white Larry. You don’t have to.” 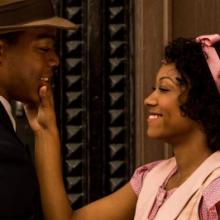 Owens asked his doting wife Ruth Solomon (Shanice Banton) what he should do. She said it was his decision to make. But, tellingly, she added he was put on this earth to run and should follow his heart. That clinched it.

Before that, came the most heart rending scene of the film when Ruth spurned him at the hairdressing salon where she worked after he had cheated on her, the mother of his baby daughter, with a showgirl dazzled by his celebrity. He waited outside in the rain all day before going on bended knee to ask for her to marry him, which she then agreed to do. They went on to have three daughters. 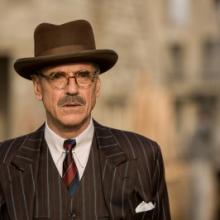 There was a major political hurdle that had to scaled before Owens could go to the Berlin Games. In the face of fierce opposition, wealthy builder Avery Brundage (Jeremy Irons), a key member of the US Olympic Committee, lobbied for the American team to compete provided Jewish and Black athletes could be included. He won an assurance from the Germans they would not be banned.

Though, once the vote to go was won, two Jewish athletes who had travelled to Berlin were withdrawn from the US 100m relay team at the insistence of the Nazis. The athletes nobly agree to this provided a reluctant Owens, who replaced one of them, won the race, which he and his teammates did.

This gave a snapshot of the often forgotten collaboration between Jewish and Black people that was an noteworthy part of the civil rights movement two decades later as depicted in Mississippi Burning.

In Germany, Owens was allowed to travel with and stay in the same hotels as white people, while at the time African Americans in many parts of the United States had to stay in segregated hotels.

One of the film’s locations is Berlin’s magnificent and beautifully filmed Olympic stadium where Owens became the fastest man on earth, winning the 100 and 200 metres and relay races, as well as the long jump. Two German allies of Owens at the Games were fellow athlete Carl “Lutz” Long (Tommy Christensen) and feisty filmmaker Leni Riefenstahl (Carice Van Houten). Riefenstahl boldly reinstated footage of his historic wins in her epic 1938 film Olympia the Nazis had demanded should be left on the cutting room floor.

Race accepts the commonly held view Hitler refused to meet Owens and shake his hand after his victories, though this has been disputed. Nonetheless, no photographic evidence of the alleged encounter has been made public.

For me, there were too many white good guys in Race and, apart from Owens and his wife, no well-developed Black characters the viewer could warm to. 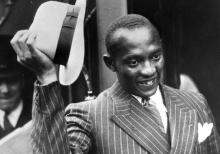 The film showed Owens and his wife, on his return to America as an Olympic champion, not being allowed to enter through the main doors of the Waldorf Astoria in New York, where a dinner is being held in their honour. Instead, they had to use the tradesmen's entrance. In another snub, President Franklin D. Roosevelt never invited Owens to the White House following his Olympic triumphs that had given America huge international kudos.

But though it is laudable Race tackles this racism, the film does not show the financial hardship Owens suffered once he was back in America, where he was infamously reduced to racing against horses and, among other jobs, worked as a petrol pump attendant to earn a living before his fortunes picked up. It is a tragedy Owens' efforts to feed his family resulted in him never again being allowed to compete at the Olympics because the powers ruled in 1940 his paid sporting activities meant he was no longer an amateur.

I agree with the website Rotten Tomatoes: "Race is nowhere near as thrillingly fleet [footed] or agile as its subject, but the story – and a winning central performance from Stephan James – are enough to carry it over the finish line."

* Marc Wadsworth, was in the early 1980s the first Black member of the British Athletics Writers Association.