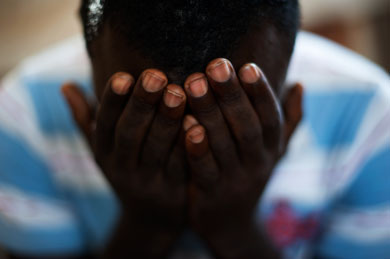 The expression on Moses Kamba's face is cold and hard, and there is a bitter tone in his voice when he talks.

Five years ago, soldiers in his former hometown in the east of the Democratic Republic of Congo killed his parents, imprisoned and tortured him, then took turns raping him.

"They grabbed me during the night and took me into a grass-thatched hut that had a table and a pillar. They told me to embrace the pillar and tied my hands," Kamba said. "The only thing I remember is my pants coming off and they raped me. There were three soldiers. I had no way of shouting because I had a cloth in my mouth. They were laughing."

Kamba, who asked that his real name not be used, eventually escaped and fled to neighbouring Uganda with his children. He said he has spent the last four years visiting hospitals several times a week, begging for treatment for burning rectal pain that continues.

The use of rape as a weapon against women in Congo's many conflicts has been widely reported. However, the number of male victims is also suspected to be high. Most cases remain unknown because men, like women, are often too ashamed to come forward and talk about their ordeal.

Kamba spoke from a conference in Uganda's capital Kampala - the first of its kind - where male rape survivors and activists from the Great Lakes region met to help victims speak out and explore strategies to help themselves and others. Organisers say it is the world's first conference on male rape in conflict.

Uganda hosts refugees who have fled fighting all over the region, and many people were also displaced in its own civil wars. Four years ago, a nongovernmental organisation in Kampala, the Refugee Law Project, started working with male rape victims in the refugee communities, helping victims to set up support groups.

Alain Kabenga, the president of a Kampala-based group of Congolese rape victims, was raped by two soldiers in Congo in 2011.

"After what they did to me, I felt ashamed. It was a bad experience of my life. I left Congo when I was broken and confused. I felt like I had lost my dignity, with too much pain on my body," he told Al Jazeera. 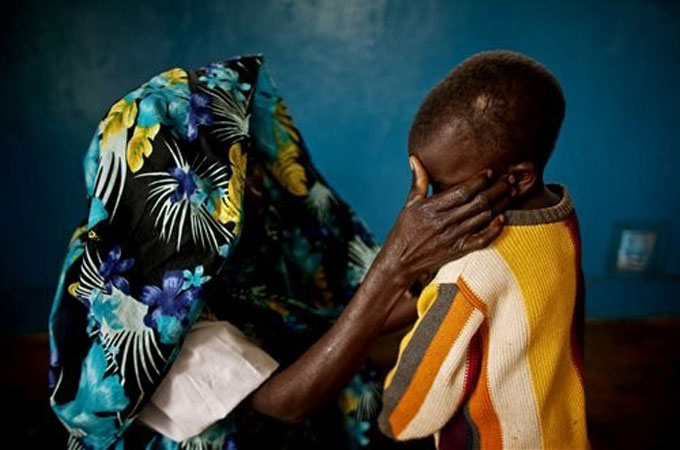 Likewise, Kamba said he also felt great shame. He said he desperately tried to hide the heavy bleeding from his anus from his rescuers when they found him at a roadside. After he reached Uganda, it was years before he could bring himself to tell a doctor what really happened.

Male rape is here often associated with homosexuality, which in Uganda is condemned and stigmatised. Men also choose not to speak out for fear of being branded homosexuals, and victims cannot get proper support because they are accused of being gay.

The Refugee Law Project is the main organiser of the conference. Its director, Chris Dolan, said its support workers have provided help for male rape survivors from Congo, Rwanda, Uganda, Burundi, Somalia, Ethiopia and Eritrea, but the majority are from the Democratic Republic of Congo. He said more victims are now coming forward and speaking about their attacks.

"We have done a lot of work with a certain medical facility, and they now have dozens and dozens of cases they have worked on referred by us," Dolan said.

"Once people are in the support group, within a space of months, they become more confident about speaking about what happened," said Dolan.

While sexual violence against boys and men also happens in peaceful parts of the world, war zones make the circumstances more severe, Dolan said. "In conflict areas, it [rape] is done publicly in front of relatives; friends forced to violate one another; a father rapes a son or the other way around," he said.

The Refugee Law Project is now working with the US-based Johns Hopkins University to develop a screening tool to seek out rape victims through a series of questions on arrival at refugee camps, so help can be provided straight away.

Working with victims who have already come forward, staff have learned to notice the signs and symptoms that can include how the victim walks, and not being able to stand or sit for long periods.

Victims who have not yet come forward typically complain of stomach or back pain, not wanting to admit to rectal pain. Previously, help has only been available to people who identify themselves as rape victims.

Ken Clearwater - a rape victim when he was just 12 years old and now one of the world's leading activists for male rape survivors - runs an organisation for male survivors of sexual abuse in New Zealand. He was the keynote speaker at the conference, and he said getting governments to recognise the issue is a problem worldwide.

"In 1997, we told [the New Zealand] government we needed people in the health system to be trained on how to deal with victims of male rape, but it fell on deaf ears," Clearwater said. "The same is coming out of the conference. It is really frustrating."

Many of the victims who spoke to Al Jazeera at the conference said when they reported the experiences to doctors or policemen they were not believed, and some were even told that male rape does not exist.

However, Clearwater said victims coming together for the first time has been a great step forward in helping more African men who have been raped by soldiers to come forward.

Julius Okwera, 78, leads another victims' group based in Gulu, northern Uganda. He says he was raped by four Ugandan government soldiers in 1987, in the aftermath of the civil war that ended in 1986. He did not tell anyone until 2012, but Okwera said there has been progress for male rape victims where he lives.

"Now the community knows about my condition," he said. "They come for joint counselling so we meet them and they say willingly exactly what happened to them."

Kabenga and other victims in his group are now writing a book about their experiences. They hope it will help victims to overcome the shame and speak openly about their ordeals. But, he said, he will never forget what happened to him.

"Sometimes those pictures come back and they break me down," Kabenga said, wincing.

For Kamba, he said his sense of pride has been stolen and he feels guilt over what happened to him. Kamba said he is scared to go to the one place he believes could provide salvation.

"I fear to go to church. How do I stand before God? Should I repent, ask for forgiveness, or say thank you? I am unclean to face God … I am a curse."