Mayor's new bus for London bill 'out of control' 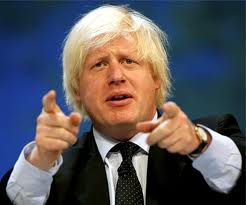 How many prototypes would you make if you were creating a bespoke vehicle?

The London Transport Routemaster (absolutely no relation to the New Bus for London) was developed after four different prototypes were created by three different manufacturers.

London Mayor Boris Johnson’s "vanity vehicle", however, will now see nine (up from eight) identical prototypes created, all by the same manufacturer.

The Boris Watch website accuses Johnson of misleading the London Assembly  [PDF] and the public into believing that the cost of development would be paid for by the manufacturer. An exchange between Johnson and Green Party London Assembly Member Jenny Jones clearly shows this:

Boris Johnson (Mayor of London): “If you are asking a question about the new bus which will be developed by private contractors, then I imagine that the cost of that development of that new bus will be borne by the industry and, as for the rolling out of the bus and as everybody knows because I have said it about five billion times – or people who follow these conversations will know – we are going to have some new buses, new prototype new buses on the streets by the back end of 2011.”

Jenny Jones (AM): “You are saying that your new buses are not going to cost any extra money over and above what we are expecting the replacement of buses to cost?”

Boris Johnson (Mayor of London):” No, that is absolutely right. If you look at the current cost of a bus, £250,000, roughly speaking, buys you a new b get a wonderful new bus for London which will be considerably cleaner, greener, lighter and exactly what this city needs for much less than that.”

Jenny Jones (AM): “At no more expense. Thank you. No, that is a wonderful commitment and I am sure we will all be grateful for that. Thank you.”

It turned out that as with the Mayor’s cycle hire scheme and cable car, also promised to be funded by private finance, the taxpayer will be footing the bill. A bill which continues to rise, as the Project Approvals paper from Transport For London’s (TfL) Finance and Policy Committee meeting of January 19 tells us with an additional £547,000 to be spent on bus prototypes:

Authority Approval: “Additional project authority of £547k was granted to cover revised scope of an increase in the total number of prototypes. The £785k funding requirement about the amount included in the TfL Business Plan will be funded by management contingency.”

May 2012? Might there be a mayoral election in London?

Little has been made of the hybrid technology used in the new bus, officially described merely as “Newer. Sleeker. Better“.

Maybe the Mayor thinks that only boffins would understand, or be interested in such things, despite the fact that a TfL propaganda poster is currently appearing at an Underground station near you, bearing the legend “Cleaner air for Londoners - Cleaner.Greener.Better” and featuring a cartoon drawing of a red London bus. The poster informs us:

“Our hydrogen and hybrid buses are better for the environment, adding to our increasingly green fleet.”

That might sound impressive, until you realise that out of a fleet of 7,500 buses in London, only five are hydrogen buses and 190 are hybrids.

Media and the Riots: representation of young people

There's no war on Christmas